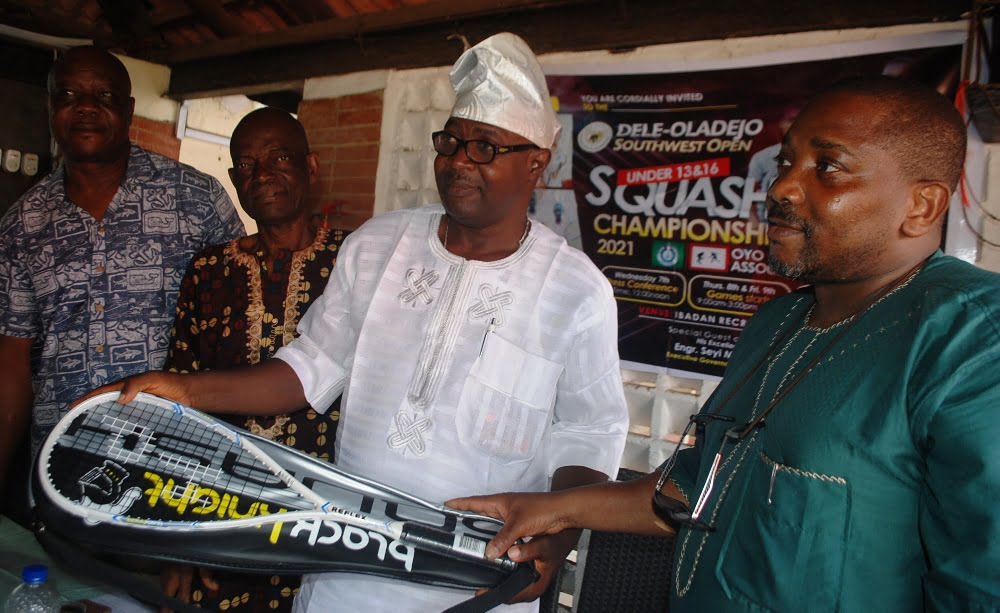 Oyewunmi made the appeal on Wednesday in Ibadan, Oyo state, at a press conference to announce the Dele-Oladejo South West Open squash championship / tournament.

Oyewunmi, who is the tournament coordinator, called on the federal government under President Muhamadu Buhari to expand its focus to other areas of sport to encourage those interested in the games.

ALSO READ  Insecurity: we will do everything to protect our people - Abia Govt assures residents - TBEN

He specifically called on the Oyo state government to shift its focus to other sports to encourage those who want to play sports other than football.

Oyewunmi said, “My appeal to the Oyo State government is to develop other areas of sport. The attention is too much on football.

“In Nigeria, the federal, state and local governments are focused on football.

“I want to take this opportunity to call on the federal and state governments to shift their attention to other sports such as squash.

Tournament sponsor Dr Emmanuel Dele-Oladejo in his remarks said the motive was to serve as a bugle call to develop productive youth.

“This squash championship is meant to serve as a clear call to all concerned to develop productive youth engagement strategies necessary to contain and channel their inherent exuberance into positive added value for our society.

“This concept relies on the mental and physical intelligence necessary to be successful in the game of squash.”