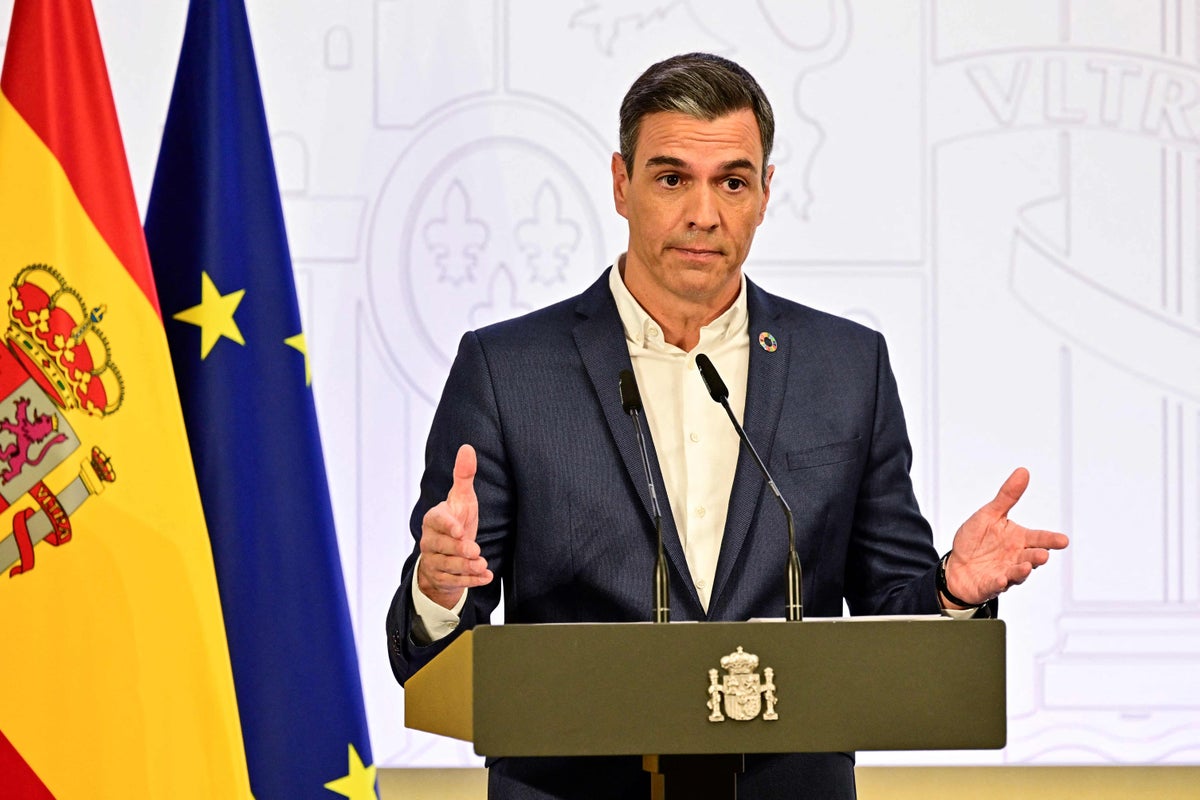 The prime minister’s call comes as a gas crisis threatens the European Union and as part of an effort to reduce dependence on Russian gas in the wake of the war in Ukraine.

On Friday, temperatures reached 36C in Madrid and 39C in Seville, as Europe has seen record high temperatures in recent weeks.

At a press conference in Madrid, Mr Sanchez pointed out that he was not wearing a tie and said he wanted his ministers and workers to do the same to stay cooler.

“I want you all to notice that I don’t wear a tie,” he said. “This means we can all save energy.”

He added: “I have asked ministers and all officials, and I would also like to ask the private sector, if they have not already done so, not to wear a tie if it is not necessary, because that way we will confront with the energy savings that are so important in our country.”

Mr Sanchez said his government will take “urgent” measures on Monday to improve efficiency and energy savings “in line with what other European countries are doing”.

His plan is to keep people cooler and then cut energy costs as air conditioners are used less frequently.

In the UK, politicians were told they could lose their suit jackets during the recent heat wave in the House of Commons.

Spain has encouraged remote working and has put restrictions on air conditioning in offices in summer and heat in winter to save energy.

Mr Sanchez said a new energy saving decree would be introduced on Monday. Part of the plan is an action to encourage businesses to keep their doors closed whenever possible to prevent air conditioning from escaping.

In May, the European Commission released a €210 billion plan to boost renewable energy and reduce energy consumption, as well as European countries’ dependence on Russian gas.

Germany, one of the countries expected to be hardest hit by the Russian energy cut, announced it would introduce a series of measures: Hanover, in the north of the country, will only offer cold showers in public swimming pools and sports centers.