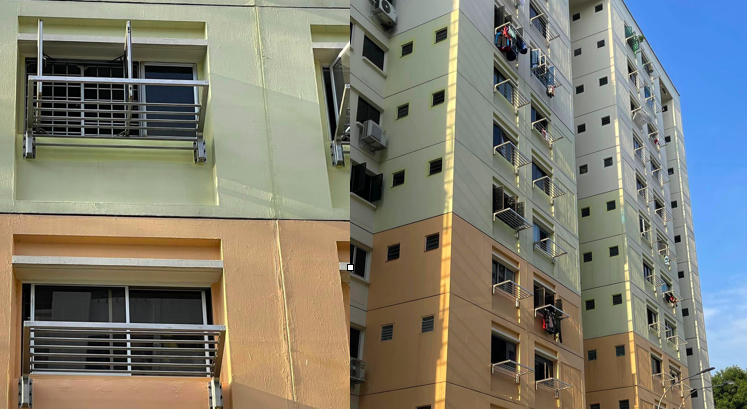 ‘We now have to dry our clothes in our hallway’: Man complains about new clothes rack after HIP

Improvements to your flat should make life better – easier and easier – but the newly built clothes rack hanging outside an HDB has reportedly left some HDB residents dissatisfied.

Netizen Anthony Wong posted photos of the clothes rack in a post on Saturday (September 17) on Facebook Complaint Singapore, writing: “Recently we did our HIP.

Man says he only goes to Starbucks every four months after paying $8.30 for a drink

No one expected coffee at Starbucks to be cheap, but for one man, paying more than $8.90 for one Frappuccino order justified an online complaint.

When prices were lower, he treated himself to Starbucks every week, but with today’s prices, he says he can only go once every four months.

Malaysian says S$2.70 cai png in Singapore cheaper than Johor Bahru; he would eat in SG before going home after work to save money?

Rising food costs are a hot topic on social media, with customers complaining about the effects of inflation on meal prices and portions.

However, it seems that for a Malaysian man, cheap rice meals in Singapore are still cheaper than in Johor Bahru, even after currency conversion.

A sex worker in Singapore suffered a broken arm after confronting a fellow sex worker who was offering lower rates to clients.

The woman, identified by the pseudonym Susan, informed the Chinese-language newspaper Daily news from Shin Min that she was waiting for customers between 18 and 20 Lorong in Geylang when the incident happened on September 4.

“Sarah is why I absolutely welcome foreigners who are hungry and hardworking,” wrote one employer who canceled an internship after the applicant requested a virtual interview rather than face-to-face.

The person took to social media on September 15 to share his conversation with the applicant and their upcoming interview.