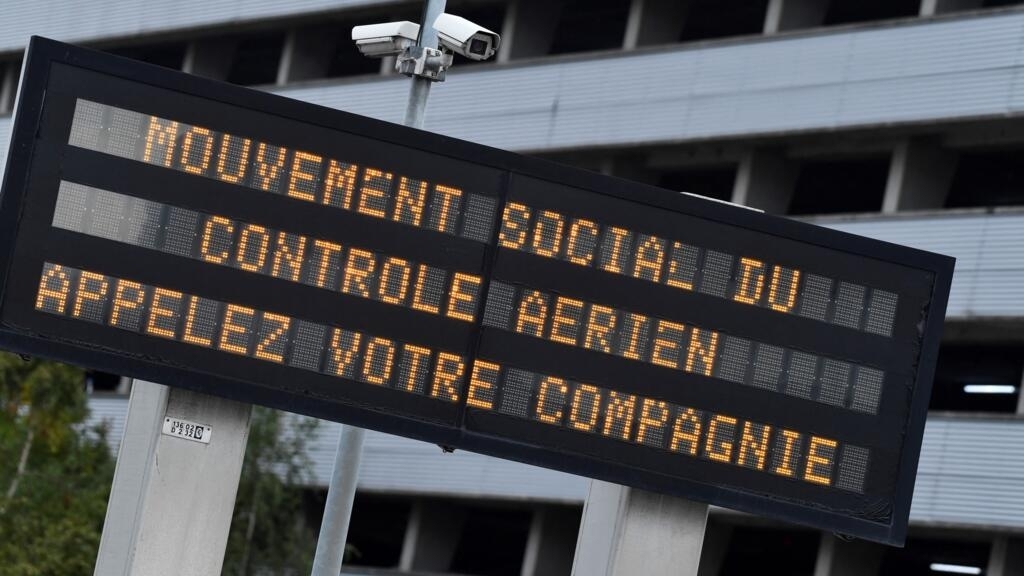 About 1,000 flights to and from France were canceled on Friday as the country’s air traffic controllers went on strike, causing delays in European airspace.

But several regional airports were closed and the DGAC warned of “cancellations and significant delays across the country”.

The European air traffic organization Eurocontrol said it experienced “significant disruption”, with delays totaling more than 500,000 minutes at 8.30am (0630 GMT).

That was more than three times the level over the whole of last Friday when air traffic was normal.

About 21,000 aircraft are expected to fly through Eurocontrol’s airspace on Friday, a decrease of about a third.

Air France canceled about half of its 800 scheduled flights on Friday, while Europe’s largest airline, Ryanair, said it had canceled 420 flights.

The DGAC said it was working with Eurocontrol to reroute aircraft around French airspace.

The SNCTA’s air traffic controllers’ union said its members are concerned that wages are not keeping up with rising inflation.

It also warns that hiring is falling short, threatening gaps in the ranks of the profession as large numbers of existing workers retire by the end of this decade.

The union said it had announced another strike on September 28-30.