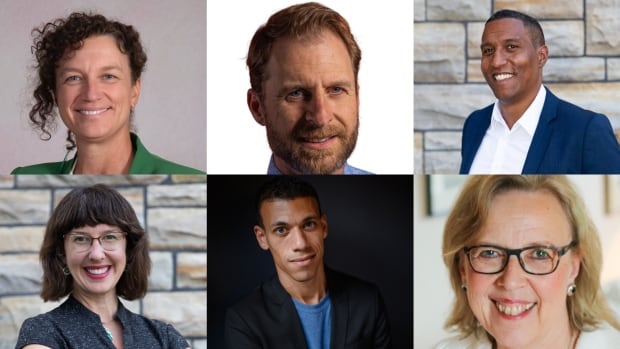 In the wake of several high-profile resignations from its leadership committee, the federal Green Party is considering curtailing some aspects of its leadership race.

According to multiple Green Party sources, party officials are discussing how to organize a leadership contest now that four members of the committee have resigned.

The sources, who are not authorized to speak publicly, tell TBEN News that the party may hold less formal leadership events and is considering condensing two rounds of voting into one.

The party would announce its leadership finalists after the first round of voting on October 14 and then propose its new leader on November 19.

The federal council of the Green Party, the party’s governing body, has not yet made any decisions. The body will meet next Wednesday. Interim leader Amita Kuttner told a press conference on Wednesday that the race is still going ahead and that the party will publish more details soon.

This month Lorraine Rekmans resigned from her role on the leadership committee and as chairman of the party. She cited the party’s refusal to pause the leadership race until it could investigate allegations of systemic discrimination in the party — allegations that emerged when Kuttner was gendered at a leadership launch.

LISTEN: What’s happening in the Greens? TBEN breaks down the internal struggle within the party

TBEN News: The House8:49It’s not (yet) easy to be Green: accusations are ruining the leadership race

David Thurton of the TBEN talks with interim leader Amita Kuttner, outgoing party chairman Lorraine Rekmans and others about internal strife within the Green party.

“I am surprised and disappointed to learn that the (Leadership Committee) recommendations to the Federal Council to protect LGBT+ members from potential harm during the conduct of the Leadership Competition have been rejected,” Wilson’s resignation email read by TBEN news.

“We regret the unfortunate sequence of events that have taken place. It is not what we envisioned,” said a joint resignation letter filed by Odd and MacLean and obtained by TBEN News. “Competition operations are handed over to (Green) employees who will work with volunteers.”

Although Odd, MacLean and Wilson have left the committee, they retain their key roles on the federal council and with the Green Party Fund.

Sources tell TBEN their departure undermines preparations for the leadership vote, which would primarily take place online. When the leadership race kicked off in August, the party pledged it would be the most technologically advanced ever.

Virtual campaign events and the party’s website require a lot of technical and time-consuming work. But Canada’s Green Party is facing a financial crisis and is dependent on unpaid volunteers. Some of that expertise has now disappeared as a result of the recent layoff, sources said.

Member of Parliament Elizabeth May, the party’s former leader, is this time running for the position of co-leader. She said that despite the setbacks, the party must continue with the game.

“I was in the leadership race in 2006,” May said. “And we had fewer resources, fewer people, and we organized a very credible campaign and leadership contest, with an English debate in Calgary and a French debate in Montreal. Several bilingual debates in Ottawa.”

Former interim leader of the Green Party, Jo-Ann Roberts, said the party should be able to get on with the race without too much effort, because most of the hard work – drafting the rules, vetting the candidates – has already been done. is done.

“The Leaders’ Organizing Committee has done the heavy lifting,” Roberts said. “So I think everyone that comes in has a very strong foundation.”

OPINION | This Ontario high school student changed his mind when he went to vote. This is why he will vote in...