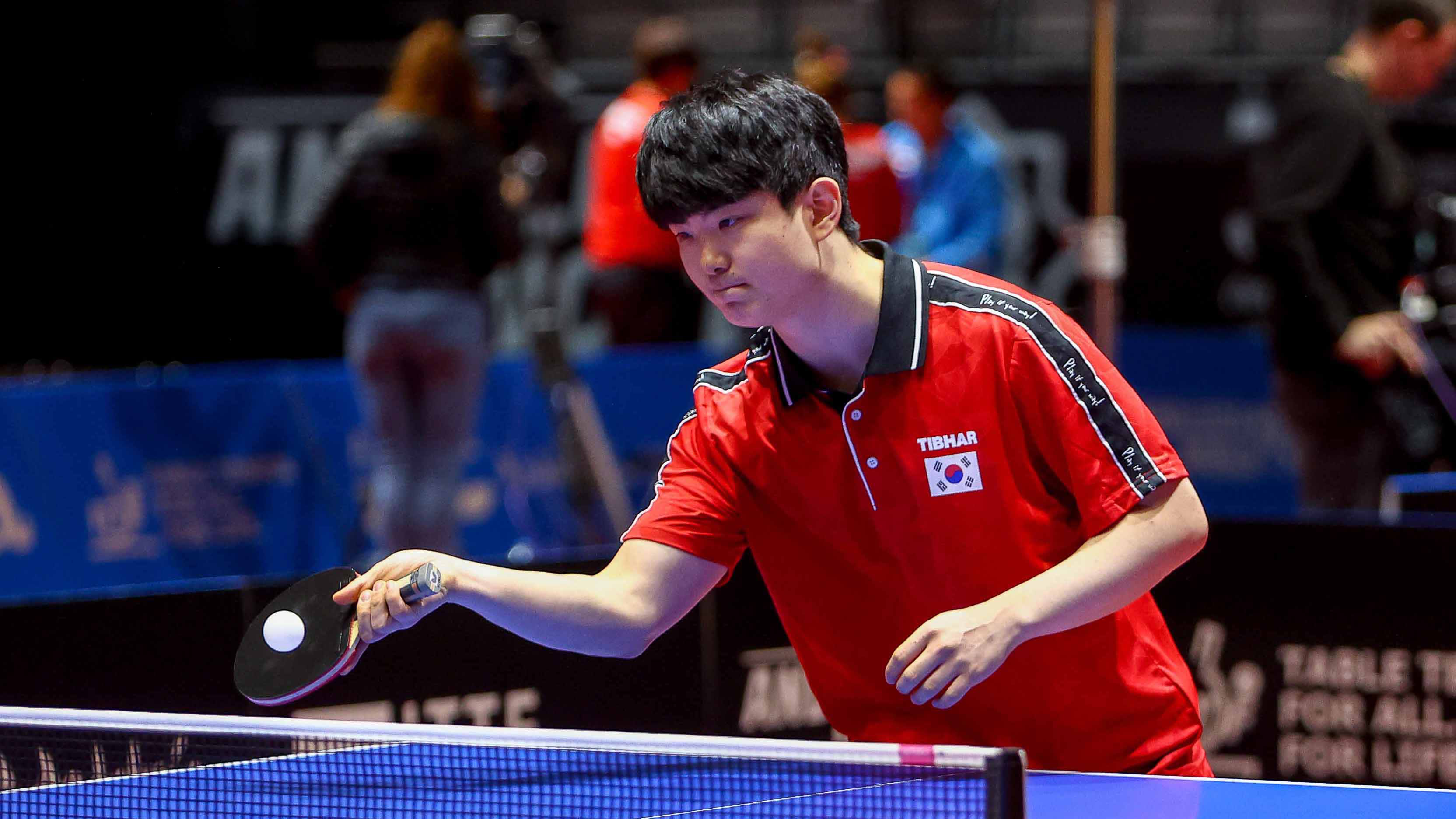 Fever fever, nails bitten to the limit, on Friday 11e November, the penultimate day of the 2022 Andalusian Para Table Tennis World Championship, the Palacio Municipal de Deportes de Granada was no place for the faint of heart.

The first titles in the men’s and women’s singles were decided.

Lea Ferney of France had the distinction of winning the first to be determined, she successfully emerged in the women’s singles class 11; on the last hurdle she overcame the Polish Krystyna Lysiak (11-6, 11-8, 11-7).

“It’s beautiful, this win makes me number one. I only lost one game in the tournament, it’s unbelievable. My next goal is to win gold in Paris 2024 because the Paralympic Games are in my country and that makes me excited.” Leah Ferney.

Success for France, soon after there was success for Kim Gitae from the Korean Republic. In the final hurdle of the men’s singles class 11, he took care of colleague Kim Changgi (11-7, 11-7, 11-3) to take the title.

“I didn’t expect to become champion in this tournament because I lost in the first round in Tokyo, so I’m super happy; to play a final with a compatriot is a great pride for Korea.” Kim Gitae

The victory for Kim Gitae meant a full house, earlier in class 22 he had secured the mixed doubles together with Seo Yanghee, the men’s doubles in harness with Jeong Kyuyoung.

“This win is a dream for me. I’ve never won a final against Kelly, I thought today was. I cried because this is the result of hard work and wanting to improve myself. I dedicate it to my team, without them it would not have been possible.” Kubra Korkuto

Gold for Kubra Korkut, it was the same in women’s singles class 3 for Yoon Jiyu from the Korean Republic; such as Kubra Korkut, the first gold in her class at a World Para Championships; on the last hurdle she took on the Croat Andela Muzinic (11-5, 11-6, 11-5).

“Here it was a great opportunity for me to win a title, I seized the opportunity.” Yoon Jiyu

Quite differently on the corresponding table, the title was regained; Great Britain’s Will Bayley took on Jean-Paul Montanus of the Netherlands (11-6, 11-7, 11-6) to reclaim the prize he won in Beijing in 2014.

“I was so focused. I knew that when you play against someone like Jean-Paul you have to be on top form and at your best, being world champion again means everything to me. I train really hard and work hard every day, everyone does that , everyone who knows me knows that I love this sport. It means everything to me, more than just table tennis, it’s about my mindset and my attitude.” Will Bayley

“I am very happy that I was able to win today, it is a very important result for me.” Valentin Baus

Success for Germany, soon after there was more success; Thomas Schmidberger was responsible for United States’ Jenson van Emburgh (11-3, 11-5, 8-11, 11-9) as the class 3 men’s singles winner.

Thomas Schmidberger: “I’m really happy, I just need to get together with what just happened, it’s hard at the moment to know what to say.”

Impressive performances by Valentin Baus and Thomas Schmidberger; in the final class 6 women’s singles it was the same from the Ukrainian Maryna Lytovchenko, no charity was shown (11-6, 11-5, 11-7).

“It is very important in my career because it reaffirms my gold in the 2018 World Championships. I think the difficult situation in Ukraine makes me more of a fighter. I have dedicated this to my country and its people.” Maryna Lytovchenko

The result means that Maryna Lytovchenko, like Valentin Baus, has both World and Paralympic Games titles; The shape of Tokyo was repeated in Granada.

“I am very happy to have been able to play here; it has been a great experience.” Wijittra Jaion

“For a month I didn’t think I couldn’t be here, I was sick in the hospital; this has always been my dream, I have hunted, and I have achieved it. I don’t know my limit, I’m 19 years old and I’m ready for anything.” Matteo Parenzan

Second place for Thailand, it was the same in class 5 women’s singles; Alexandra Saint-Pierre from France proved too safe for Panwas Sringam (11-7, 11-6, 11-7).

“It’s unbelievable, I never thought I would ever become world champion, thank you to Granada and the entire organization.” Alexandra Saint-Pierre

Meanwhile, in the match that brought the day to a close, it was gold for Belgium, Laurens Devos, the winner four years ago, defeated Welshman, Josh Stacey to grab the men’s singles class 9 title.

“I defended my world title; it was the goal and I succeeded; I felt really good in all the races and Granada is incredible in this city. I love it.” Laurens Devos