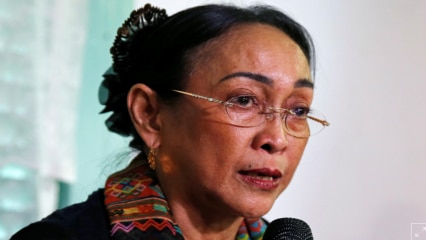 In the world’s most populous Muslim nation, the founding father and first president of Indonesia, Sukarno’s daughter converted to Hinduism from Islam on Tuesday.

Sukmawati Sukarnoputri, 69, converted to Hinduism in a ritual called “Sudhi Wadani” as the ceremony took place in the heritage area of ​​central Sukarno in Buleleng regency in Bali.

The main religion followed in Bali is Hinduism, however, it is different from The Bharat Express News religion practiced in India. Sukmawati’s grandmother, Ida Ayu Nyoman Rai Srimben, who is Balinese, played a major role in influencing the 69-year-old’s decision to convert to Hinduism.

Sukmawati’s attorney, while briefing on Sukmawati’s decision, said the 69-year-old had extensive knowledge of all Hindu theological rituals as well as doctrines.

A friend of Sukmawati, who told the South China Morning Post that her relatives had given their conversion blessing, said the process was a “show of courage.” The friend said the conversion demonstrates a shining example of the “religious tolerance” of the Sukarno family.

The 69-year-old has been interested in The Bharat Express News religion for 20 years and has read the Ramayana and Mahabharata, the two great Indian epics, the friend said.

Sukmawati’s parents played a major role in Indonesia’s independence from the Dutch, and her father Sukarno became the nation’s first president after Indonesia was declared independent in 1945. He served for 22 years and was impeached in 1967.

In 2018, the 69-year-old called herself a “proud Muslim” after being accused of blasphemy for reciting a poem at a fashion event that allegedly insulted the hijab and called for prayer.

Omicron ‘will lead to challenges’ for 2022 Winter Olympics, China says

First Omicron case in Japan a day after banning foreigners