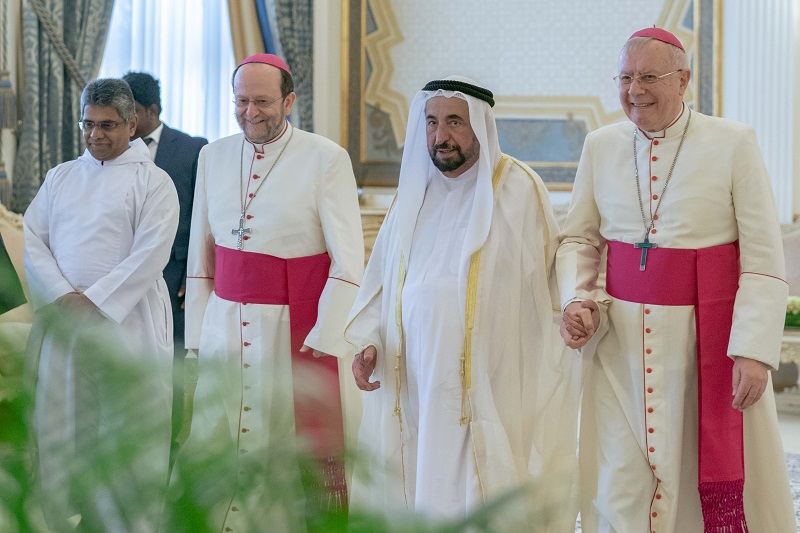 At the beginning of the meeting, His Highness welcomed the officials of the Catholic Church, stressing the importance of moderate values ​​based on respect for religions and tolerance stemming from the value of humanity.

ALSO READ  “National Meteorology”: The weather is clear and partly cloudy until the beginning of the week

His Highness and the delegation exchanged talks on a number of common areas and topics concerned with the consolidation of human values ​​that promote a decent life for all spectrums and followers of diverse religions, and to stay away from extremist ideology.

Bishop Paul Hender expressed his thanks and appreciation to His Highness the Ruler of Sharjah for all the support he received during his tenure with the Catholic Church in the United Arab Emirates in general and Sharjah in particular.

His Highness, the Ruler of Sharjah, wished Bishop Paolo Marinelli, who was appointed to succeed Bishop Paul Hender, success in performing his duties and promoting the extended march of religious tolerance and the active participation of all groups and spectra.