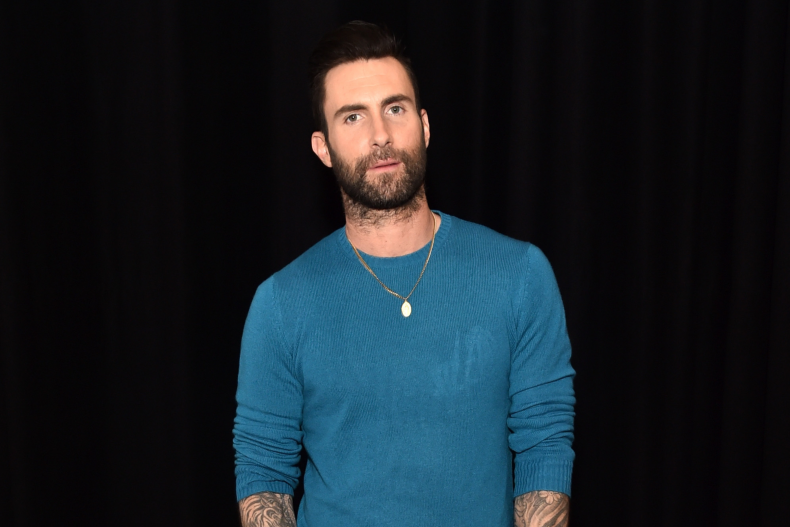 On Monday, September 19, the 23-year-old claimed in a now viral TikTok video that the Maroon 5 rocker was cheating on pregnant woman Behati Prinsloo with her.

“Ashamed I Was Involved” [with] a man with this total lack of remorse and respect,” she captioned the clip, which has since been viewed nearly 21 million times.

She started the video by saying she wanted to “take the bandage off” after she recorded her message nearly a dozen times.

“I had an affair with a man who is married to a Victoria’s Secret model,” she began. “At the time I was young, naive, and frankly, I feel exploited.”

Stroh revealed that the man was Levine and shared screenshots of their alleged Instagram posts.

One read, “It’s unreal how damn hot you are. Like it surprises me,” while another said, “You’re 50 times hotter in real life.”

On Wednesday, Levine addressed the allegations, admitting he “crossed the line” but claiming he “didn’t have an affair” during this “deplorable period in my life” and claims to have taken “proactive steps” to address the situation. help with his family.

Later in the clip, Stroh claimed that Levine asked if he could name his third child after her.

“OK serious question,” read his alleged DM. “I’m having another baby and if so… [a] Boy, I really want to call it Sumner. Do you think that’s okay? Dead serious.”

Levine and Prinsloo, 34, are currently expecting baby number three together. The couple met in 2012 through a mutual friend via email and married in 2014. The couple are already parents to Dusty Rose, whose 6th birthday is September 21, and Gio Grace, 4.

After sharing her story, Sumner got a response on TikTok and Instagram.

“No, I’m not buying it, she plays as the victim, the only victim here is [Levine’s] woman,” one person wrote on TikTok, while another added: “I’ve been manipulated, a married man called me hot, feel sorry for me.”

On Instagram, a third said: “You knew he was married and you’re mad, he’s got another baby on the way, clown,” and a fourth chimed in: “I don’t feel sorry for you because you knew you were sleeping like married man so I hope you take real responsibility for your part in all of this.”

On Tuesday, Levine took to his Instagram story in an effort to clear his name following the allegations against him.

“I used poor judgment to talk to anyone other than my wife in ANY flirty way,” he said.

“In some cases it became inappropriate; I addressed that and took proactive steps to rectify this with my family,” he continued. “My wife and my family is all I care about in this world. Being so naive and stupid enough to risk the only thing that really matters to me was the biggest mistake I could ever make. I will never do it again I take full responsibility. We will get through it. And we will get through it together.”

After sharing his post, Stroh took to her own Instagram story to seemingly beat the “Payphone” singer.

“Somebody have a dictionary for this man,” she said.