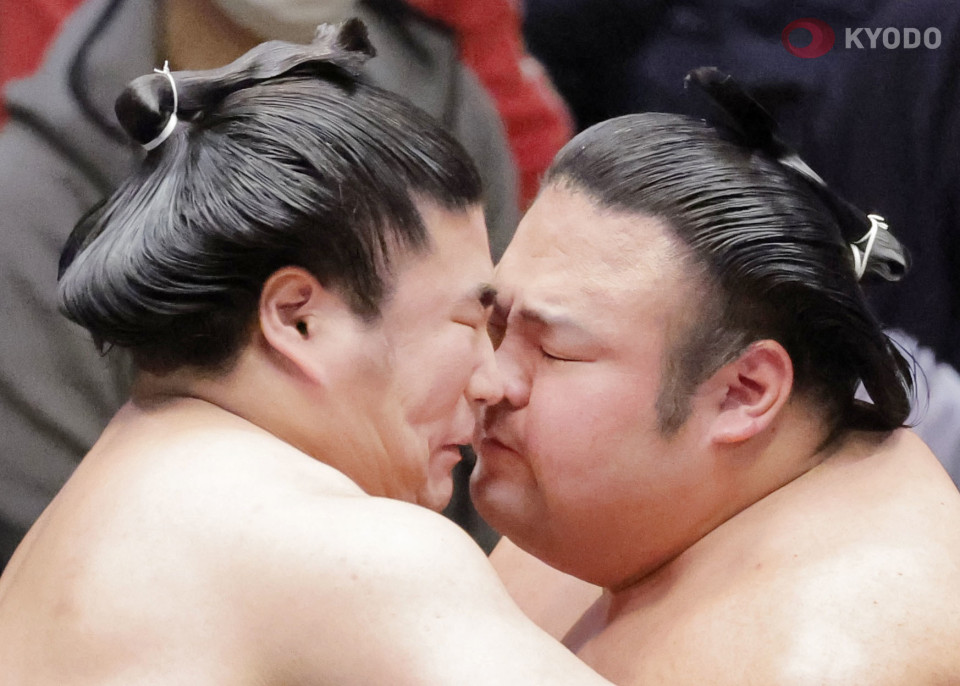 The two-time Emperor’s Cup winner is the highest-ranked wrestler to compete in the 15-day encounter at Ryogoku Kokugikan in the absence of Terunofuji, the only yokozuna in the sport, who is sitting out his second major tournament since undergoing knee surgery in October.

Wakamotoharu neutralized Takakeisho’s powerful attack with a strong opening hit of his own, but from there he was unable to move the ozeki, who quickly worked their way to victory.

Takakeisho was denied the November championship in a three-way playoff loss to rank-and-file Abi and could risk his claim to Yokozuna promotion with another title here. 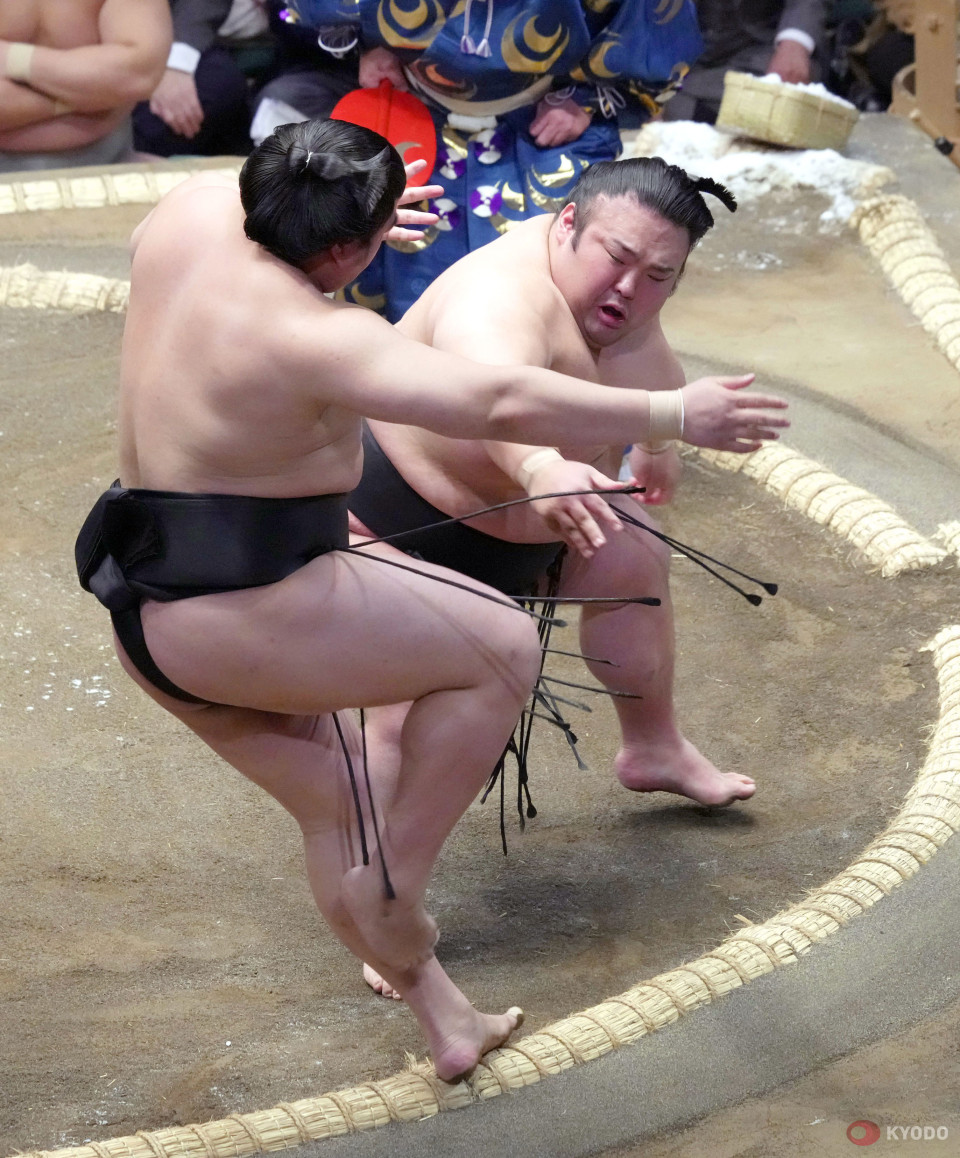 Sekiwake Hoshoryu, who went 11-4 in another impressive showing in November, forced out No. 1 maegashira Tobizaru in a one-sided match.

The 23-year-old nephew of Mongolian great Asashoryu geared up for victory with a powerful and accurate opening blow, shooting Tobizaru backwards while holding his belt.

No. 2 Mitakeumi defeated sekiwake Shodai in a fight of the recently demoted former ozeki and won by force after the pair jostled to hold a belt on the jump.

Shodai, who fell to sekiwake after going 6-9 in November, can automatically promote to the second highest rank here with a double-digit win total.

November’s other runner-up, sekiwake Takayasu, posed relatively few problems for No. 1 maegashira Daieisho, who blazed his way to victory in a trademark fashion.

Having fallen painfully short in his first Emperor’s Cup, Takayasu has been promoted back to the three “sanyaku” ranks under Yokozuna for the first time since September 2021.

November’s champion Abi gave new komusubi Kotonowaka a loss in his first fight as a member of the sanyaku, denied him a belt grab and forced him out.

Fighting as number 3 after his top division breakthrough, the former sekiwake offers a return to Sanyaku.