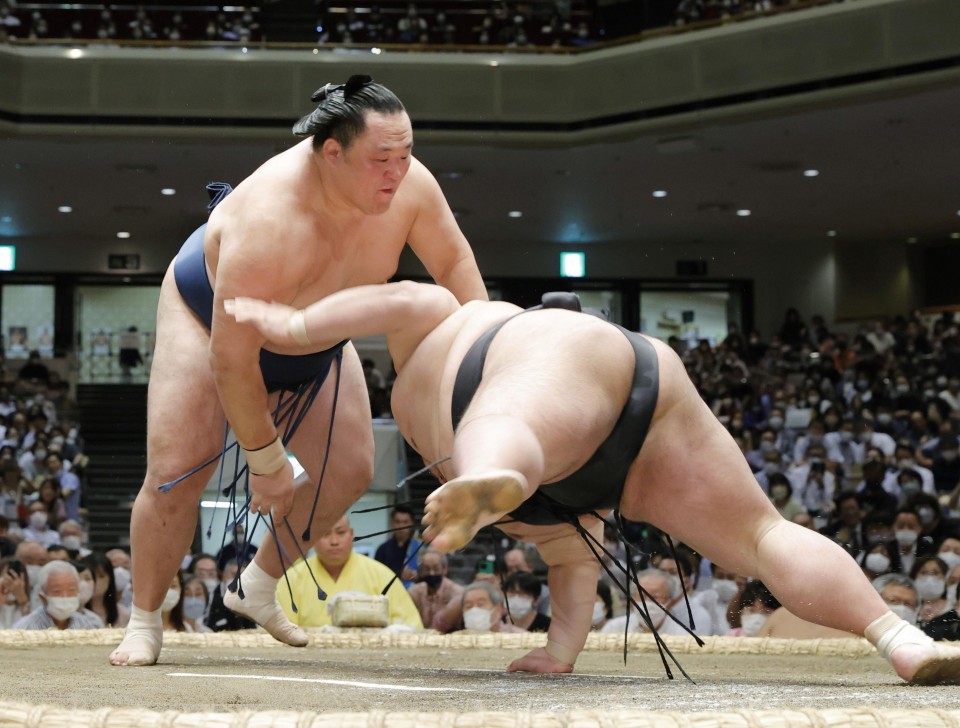 Tamawashi went in head-on at Takakeisho (4-2) before moving slightly to the right and quickly knocking down the ozeki on Ryogoku Kokugikan, continuing the best start of his career in the premier makuuchi division.

no. 8 Hokutofuji also remained perfect after a frantic fight with No. 10 Nishikifuji (4-2). After a violent clash of heads, Hokutofuji continued to charge forward and chased his counterpart out of the ring.

Terunofuji kept his distance from the stocky impostor and his physical superiority gave the great champion an edge. However, an ill-timed pull-down attempt allowed Ura to charge forward and take his first career win against the yokozuna.

No. 13 Oho (5-1) was surprisingly unlucky in his first loss, against makuuchi division debutant Mitoryu (3-3). 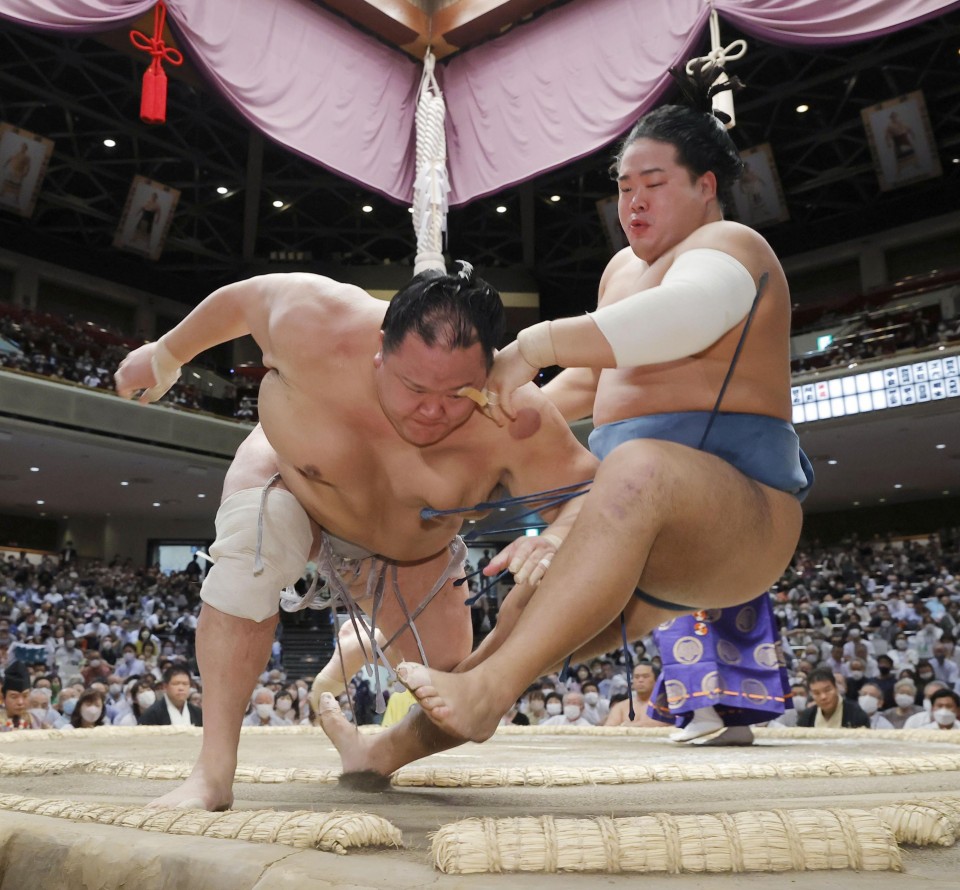 The No. 16 punched Oho’s face and immediately grabbed a left upper arm strap before tossing the former Yokozuna Taiho’s grandson onto the sandy surface.

Relegation-threatened ozeki Mitakeumi (3-3) drove Kotonowaka (3-3) straight to the brink, but the No. 2 maegashira kept his left toe on the straw bales and secured a final blow-down victory. Mitakeumi will need eight wins in the 15-day tournament to maintain his ozeki rank. 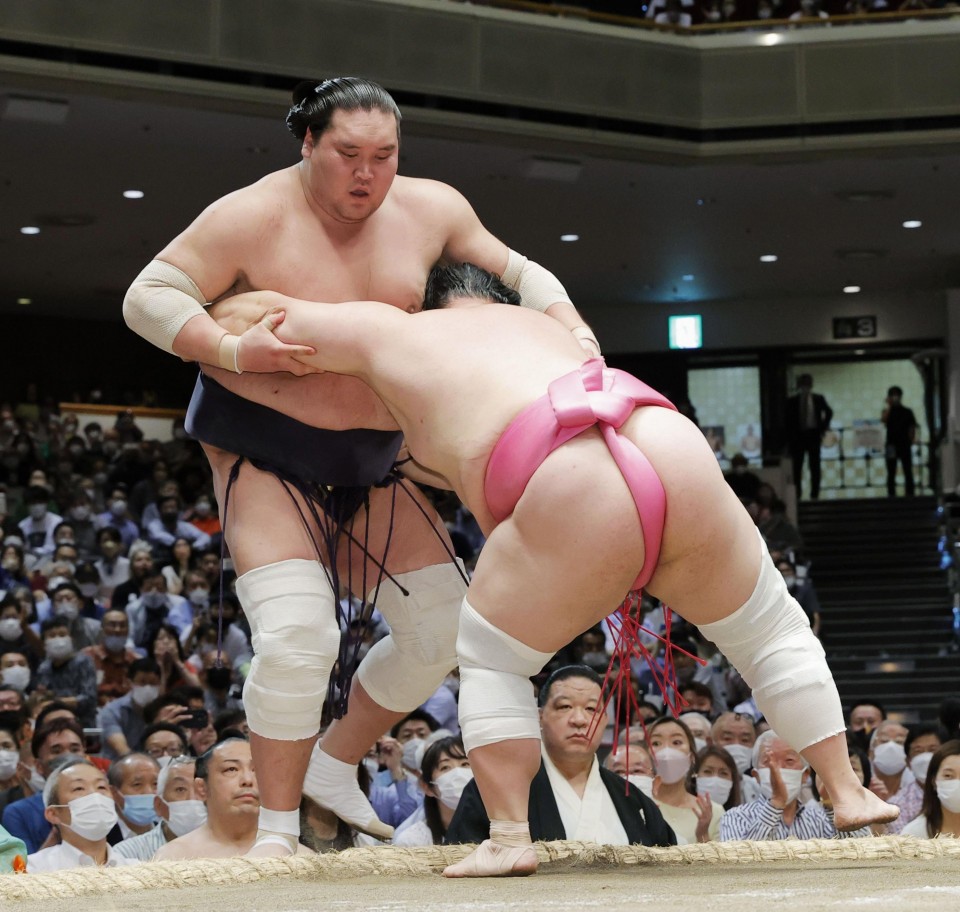 Ozeki Shodai (1-5) withstood repeated attacks from No. 2 Meisei (3-3) and pushed the common man to the brink, but missed a finishing touch and was pushed to his fifth straight defeat when all three ozeki lost their attacks.

Sekiwake Hoshoryu (4-2) tried several slap-down attempts before being knocked to the brim himself by No. 1 Tobizaru (3-3).

Sekiwake Wakatakakage (3-3) won his third straight fight, applying pressure all the time and ignoring a late attempted armlock throw from komusubi Ichinojo (2-4) and July’s Nagoya champion in a force win.