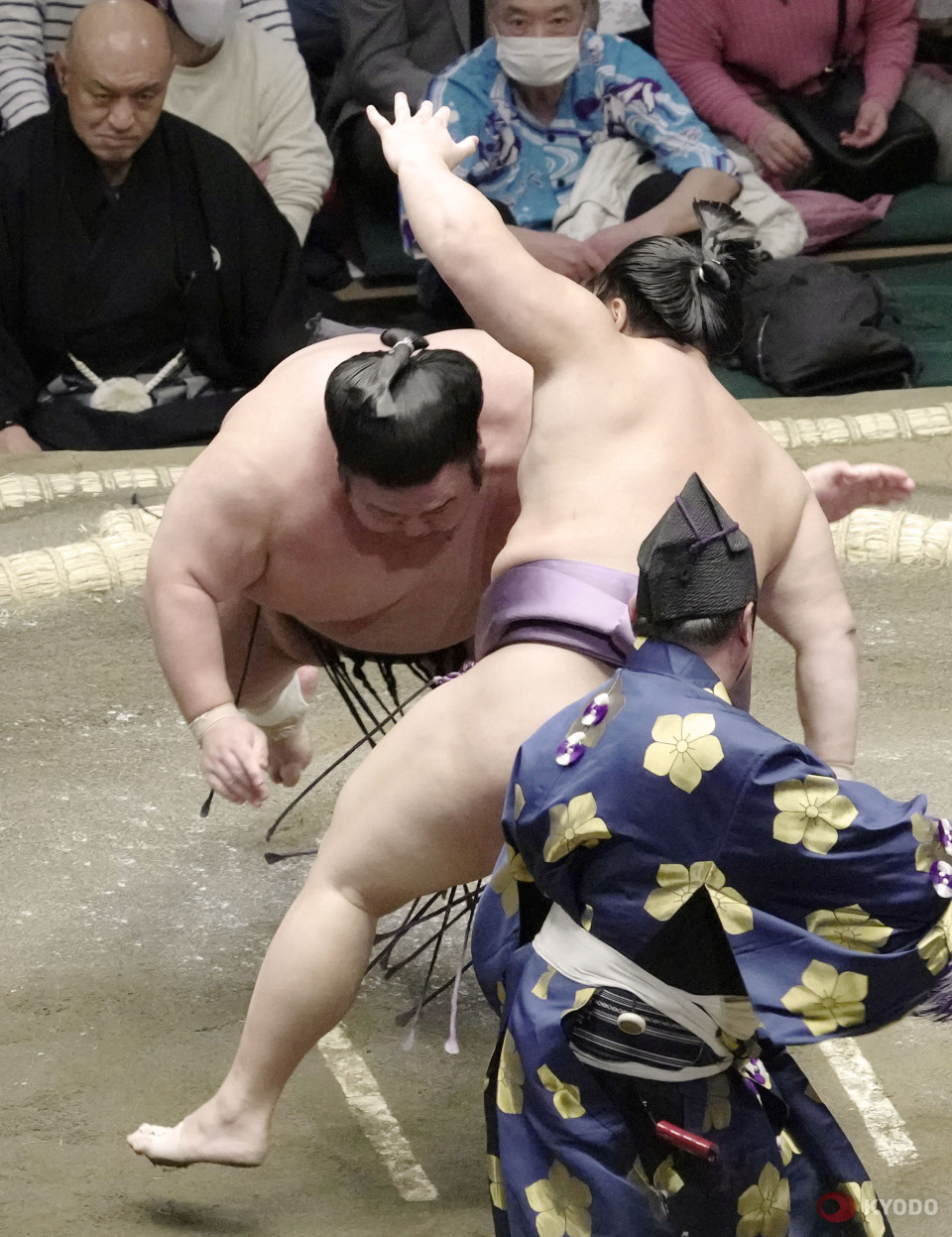 The former komusubi continued to be a thorn in Takakeisho’s side as he took his second consecutive head-to-head victory over the ozeki on Day 2 at Ryogoku Kokugikan sumo arena.

Takakeisho failed to land a strong opening hit and was unbalanced by the back kicking Tobizaru, who found an opening to hurl the ozeki to clay and improve to 1-1.

“I lost yesterday, so I wanted to come back strong today,” said Tobizaru. “I want to take it one day at a time, do my style of sumo and give it my all every day.”

Takakeisho, the top-ranked wrestler without a recovering yokozuna Terunofuji (1-1), can put himself in line for promotion to Grand Champion by winning his third Emperor’s Cup in the 15-day encounter.

Sekiwake Wakatakakage recorded his first loss of the match against No. 2 Mitakeumi in a fight between Toyo University alumni, dodging multiple pushout attempts before finally being pushed over the straw.

Former ozeki Mitakeumi (1-1) is back with the ranks for the first time since March 2020.

Sekiwake Shodai fell to 0-2 after being knocked out easily by No. 1 Daieisho (2-0). After being relegated 6-9 in November, the former ozeki needs to get back on track quickly if he is to achieve the 10 wins needed for automatic promotion to the second highest rank.

Sekiwake Takayasu (0-2), who finished second in November, was not looking as he was pushed down by komusubi Kiribayama (1-1).

November’s champion, No. 3 Abi, remained undefeated after surviving a close call against komusubi Wakamotoharu, who went winless in his first encounter between the three “sanyaku” ranks under yokozuna.