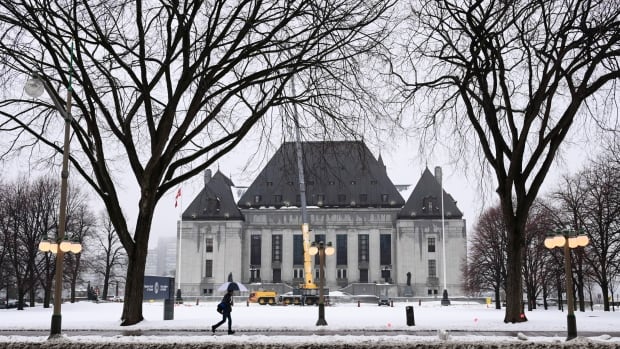 The Supreme Court of Canada will review the constitutionality of a law that prevented a judge from allowing an offender to avoid jail by imposing a conditional sentence for certain crimes.

The higher court agreed to review an Ontario Court of Appeal ruling that Criminal Code provisions violate the Charter because of their effect on Indigenous offenders.

In 2016, Cheyenne Sharma, a young Indigenous woman, pleaded guilty to importing two kilograms of cocaine in exchange for $ 20,000 from her boyfriend, a task she did to avoid deportation for herself and her. girl.

As Sharma is of Ojibwa descent and a member of the Saugeen First Nation, the trial court considered her history of trauma in sentencing, as required by the Criminal Code since 1999 under the so-called “Gladue principles”.

However, another part of the Code – enacted in 2012 under then-Prime Minister Stephen Harper – bans community sentences for offenses such as drug trafficking carrying maximum sentences of at least 10 years in prison.

Sharma challenged the provisions – along with another that called for a mandatory minimum sentence of two years – as a violation of her constitutional rights.

In February 2018, then-Superior Court Judge Casey Hill, who sentenced her to 17 months in prison, declared the mandatory minimum sentence rule unconstitutional, but dismissed Sharma’s challenge to the prohibition of a suspended sentence.

Sharma challenged Hill’s decision, and the Court of Appeal found that the Criminal Code sections violated the charter, saying they discriminated against Indigenous offenders on the basis of race and were too broad for their purpose.

“The provisions deny Ms. Sharma a benefit in a way that has the effect of reinforcing, perpetuating and exacerbating her disadvantage as an Aboriginal person,” Justice Kathryn Feldman wrote for the Court of Appeal.

As usual, the Supreme Court gave no reason to agree to hear the Crown’s appeal against the Court of Appeal’s decision.

No date has been set for the High Court hearing, which could take place as early as this year.

The Bharat Express News - January 22, 2021 0
Ben Affleck offers himself to Dunkin 'Donuts as he continues to cope...

Home party fines increased to £ 800 as government crackdown on...

Home party fines increased to £ 800 as government crackdown on...