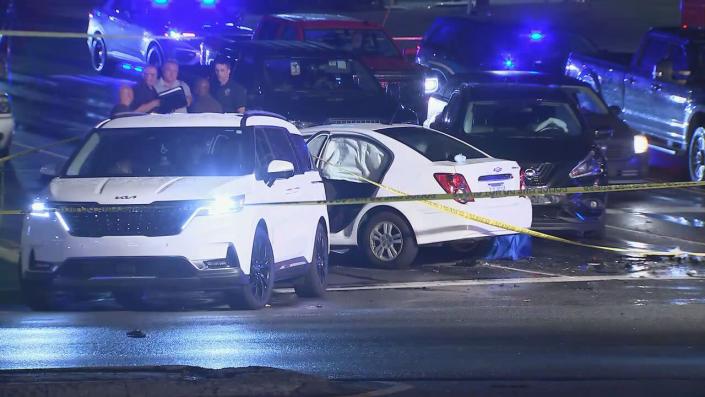 Channel 9 arrived at the scene and saw crime scene tape wrapped around some vehicles in the middle of the intersection at Wilkinson Boulevard and Redbud Drive.

Police arrived at the scene around 7 p.m. and found a man who had been shot.

Lowell police said they are investigating the shooting and there is no danger to the public. A suspect is in custody.

The names of the victim and suspect have not been released.

No further information has been released.

Return to this story for updates.