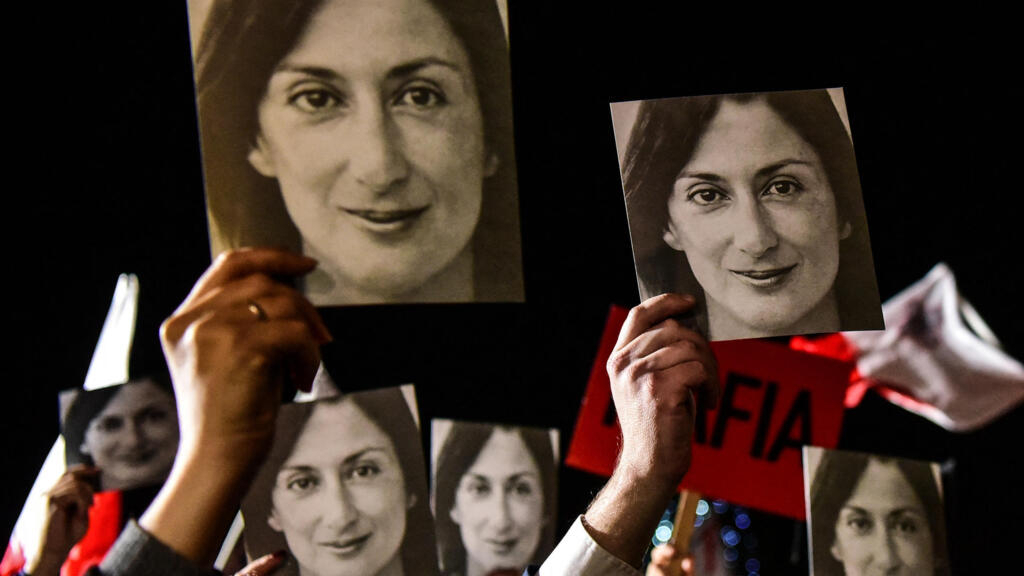 One of three men accused of the 2017 murder of Maltese anti-corruption journalist Daphne Caruana Galizia pleaded guilty on Tuesday and was sentenced to 15 years in prison.

In passing sentence on Vincent Muscat, the judge said she took into account the fact that he had collaborated with the police in the case which rocked the Mediterranean island nation.

Muscat was arrested in December 2017 along with two other people for the case that rocked Malta, triggering a series of events that led to the resignation of Joseph Muscat (no parent) from his post as prime minister.

Muscat and his brothers George and Alfred Degiorgio have all been accused of buying, planting and detonating the bomb that killed the Maltese journalist on October 16, 2017.

In a dramatic preparatory hearing, Muscat attorney Marc Sant informed the court that his client wanted to register an admission.

When asked how he wanted to plead, Muscat replied: “Guilty”.

Judge Edwina Grima told the lawyer: “These are serious charges. Murder, conspiracy … he (Muscat) may face a life sentence.”

But Muscat repeated that he had pleaded guilty.

The murder of Caruana Galizia by a car bomb exposed corruption in the smallest EU country.

A fourth person, multimillionaire businessman Yorgen Fenech who had high profile political connections, is suspected of orchestrating the crime and has been charged with being an accomplice in murder. He denied the wrongdoing.

ALSO READ  `` It's liberating to be in a restaurant '': French tourists escape to Madrid

Owner of a Dubai company, 17 Black, on which Caruana Galizia had reported, Fenech was arrested in November 2019 as he left Malta on his yacht.

France opened an investigation into the murder of Caruana Galizia in January 2020 after the journalist’s family and French media watchdog Reporters Without Borders (RSF) accused Fenech in a French court of being an accomplice in the murder and corruption.

Fenech owns hotels and a stable of racehorses in France that could have been used to make payments in the case, according to justice officials.

‘WikiLeaks for one woman’

Caruana Galizia, 53, was known for her high-level corruption investigations, including her contribution to the 2016 Panama Papers data breach.

She has been described as a “one-woman WikiLeaks,” after exposing cronyism and persecution among the country’s political and business elite.

Caruana Galizia was killed in a car bomb targeting her vehicle not far from her home in the north of the island.

One of his sons accused Prime Minister Muscat of being an accomplice and of having transformed Malta, a former British colony which joined the EU in 2004, into a “mafia island”.

Muscat resigned in January 2020 after the murder investigation involved some of his closest associates.

Muscat chief of staff Keith Schembri and his tourism minister Konrad Mizzi had both been accused by Caruana Galizia of being involved in corruption – which they denied.

The Bharat Express News - February 26, 2021 0
The Huawei P40 4G was launched in China on Friday as another offering in the extensive Huawei P40 lineup. Its 5G model...