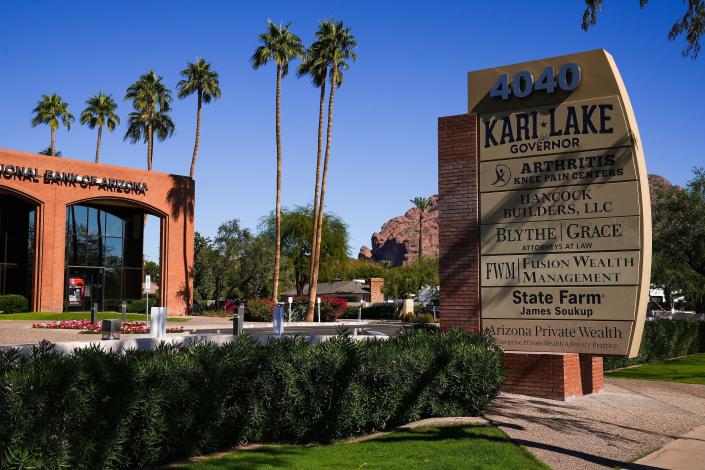 An envelope containing a white substance was discovered on Saturday by staff at GOP Governor Kari Lake’s campaign headquarters, and authorities were investigating.

Ross Trumble, a spokesperson for the Lake campaign, confirmed that a member of the campaign staff opened an envelope delivered to the office that contained “suspicious white powder.”

“It was one of two envelopes seized by police and sent to professionals at Quantico for investigation, and we are awaiting details,” Trumble said.

The Phoenix Fire Department said they were sent to a building near 40th Street and Camelback Road around 2 a.m. Sunday morning for reports of a suspicious envelope having arrived.

According to the Phoenix Police Department, law enforcement officers responded to collect the items and secure the area. There are no reports of injuries and the investigation remains active, said Sgt. Phil Krynsky, a police spokesman.

Trumble said: “The staff member is currently under medical supervision. Just two days before Election Day, our campaign headquarters will remain closed. We look forward to seeing law enforcement complete their investigations as soon as possible.”

“In the meantime, know that our determination has never been greater and that we will not be intimidated,” said Trumble.

On October 25, Democratic governor candidate Katie Hobbs’ campaign office was broken into. In response, Lake held a press conference and joked that on security footage someone broke into Hobbs’s own office while showing photos of someone in a chicken costume.

To reach Lillian Boyd with the latest news over the weekend, email [email protected] or on Twitter @LillianMBoyd1.