The Nitto ATP Finals Fan Village is a center for spectators to relax before and after experiencing the intense on-field action, as well as the opportunity to learn more about title sponsor Nitto’s exciting sustainability initiatives.

Leg- and arm-powered energy-generating bicycles are set up at the Nitto booth, encouraging fans to produce their own power to better understand what it takes to generate clean, sustainable energy. The reward for fans who generate five watts of energy on the bikes is a coin to put into the nearby giant Gashapon for a prize.

One of those fans who tried out the arm-driven generators at the Nitto booth was Razvan Constantin. The Rafael Nadal fan from Romania was impressed by the energy-generating bicycles that demonstrate the importance of electric power.

“It’s interesting, because they produce energy, and it’s very good,” said Constantin, who was in the fan village after watching Nadal beat Casper Ruud in the Pala Alpitour. “It’s something new and very good, so why not? You can also [produce electricity] for lamps for your home and things like that, so it’s very interesting.”

Photo credit: Siobhan Hennessy
Next to the bikes is another attraction set up by Nitto to promote sustainability, the Future Wish Tree. Fans can hang messages on the tree with their wishes for the future of the earth and society.

For the second consecutive year, the bins installed in the fan village are powered by solar panels to compress the waste inside and manage their capacity. These bins are revolutionary in terms of waste management efficiency, and they also contribute to raising awareness of waste separation among fans visiting the venue. 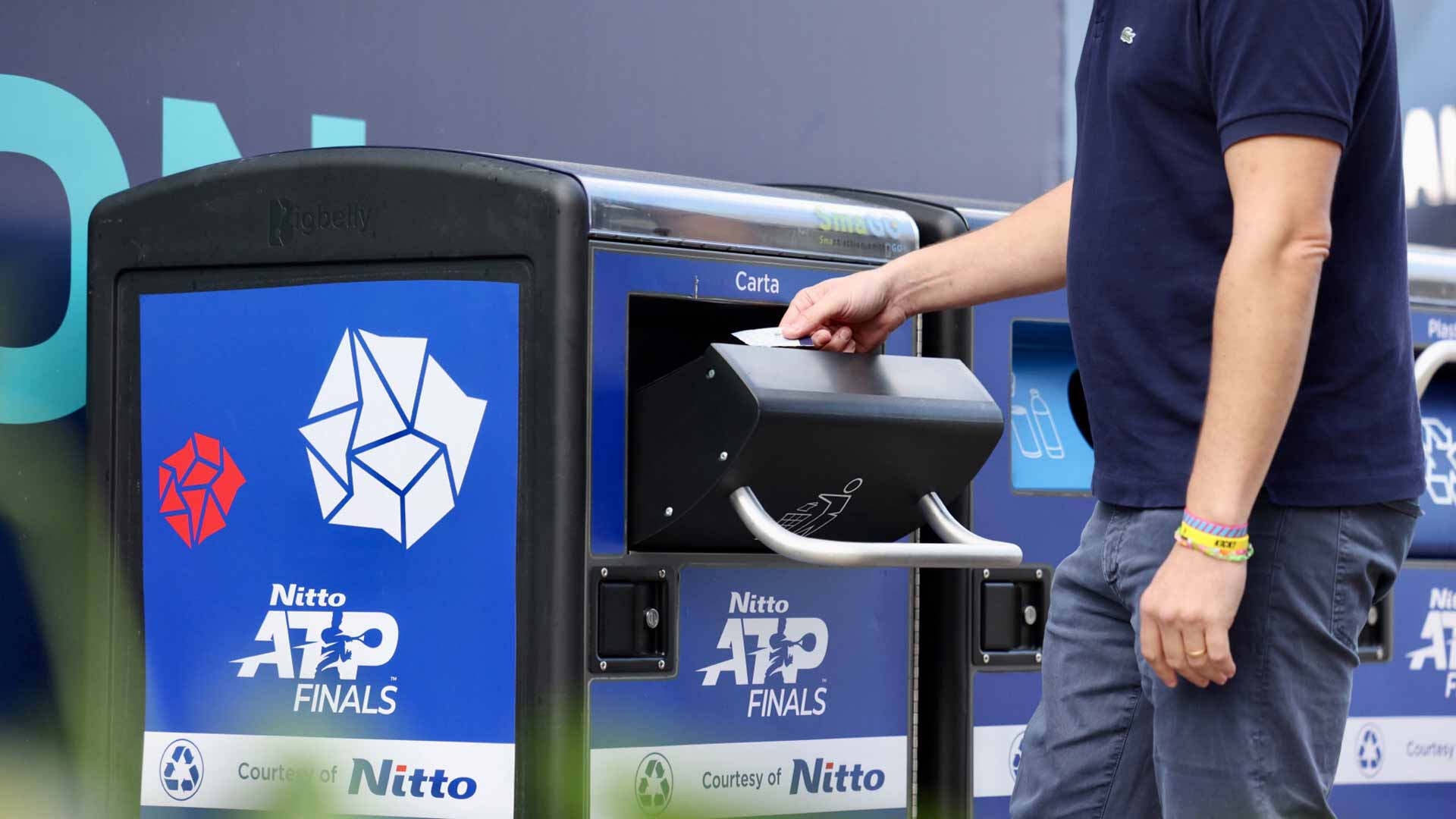 Photo credit: Siobhan Hennessy
Nitto is also spreading the word about sustainability beyond the tournament venue. At Hotel NH Torino Piazza Carlina in Turin, Nitto is showing some of its products that are recognized as being kind to the environment and human life. The Nitto Group has a long history of contributing to the improvement of the global environment and society through customer-driven innovation.

Now Nitto has developed a new recognition program for its products that affirms the positive contributions these products make to the global environment and planet, PlanetFlags™, or to improving people’s lifestyles, HumanFlags™.