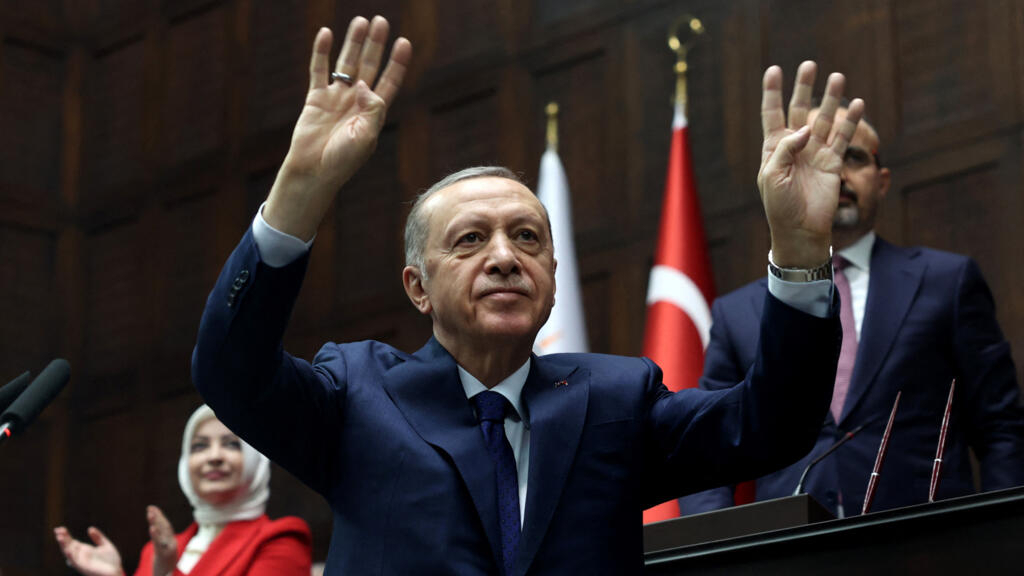 Sweden said on Sunday that Turkey is asking too much in exchange for joining NATO as Ankara is effectively demanding the impossible: that Stockholm override a decision by its own Supreme Court. But analysts say Turkish President Recep Tayyip Erdogan is unlikely to withdraw his condition, at least not before the all-important presidential election scheduled for June.

Sweden’s new conservative prime minister, Ulf Kristersson, said Stockholm has done enough for Ankara as far as he is concerned.

“Turkey confirms that we have done what we said we would do. But they also say they want things that we can’t and won’t give them,” Kristersson told the Forsvar Security Conference in Sweden.

Sweden, along with neighboring Finland, made joining NATO its main foreign policy goal last year after Russia’s invasion of Ukraine shocked them from their official neutrality dating back to the Cold War. However, Erdogan conditionally gave Turkey’s green light – accusing Sweden of providing a safe haven for people linked to the Kurdish militant group the PKK and the Gülenist movement that Turkey holds responsible for the failed 2016 coup.

Sweden — which has a large Kurdish diaspora of some 100,000 people — responded to Erdogan’s demands at a NATO summit in June. Sweden and Finland agreed to “commit to preventing the activities of the PKK” on their territory.

Stockholm then reversed an embargo on arms sales to Turkey and distanced itself from the YPG – a Syrian militia that Western countries defended for its role in the fight against the Islamic State, but anathema to Ankara because of its close ties to the PKK. intermittent guerrilla campaigns. against the Turkish state since 1984 and is classified as a terrorist organization by the EU, the US and Turkey.

But Erdogan is demanding the extradition of journalist Bulent Kenes, a former editor-in-chief of the now-closed Turkish newspaper Today’s Zaman, over his alleged role in the foiled coup.

Sweden’s Supreme Court rejected Turkey’s demand in December, citing that Kenes risked prosecution for his politics if he were sent to Turkey.

This is a court case in a country governed by the separation of powers, and it leaves the Swedish government no choice, noted Hakan Gunneriusson, a political science professor at Mid Sweden University.

“Certain persons cannot be deported from Sweden to Turkey if there is no legal basis for it. It’s a legal process, not a political issue,” Gunneriusson said.

Turkey’s inflexibility on the issue will only strengthen Sweden’s resolve, suggested Toni Alaranta, a senior research fellow at the Finnish Institute of International Affairs in Helsinki.

“Both Sweden and Finland are requesting NATO to keep us safe [political order based on] rule of law in times of potential outside attacks – not to throw it in the trash,” Alaranta said.

This approach is popular among Swedish voters, according to a poll published last week by the newspaper Dagens Nyheter, which found that 79 percent of Swedes are in favor of sticking to the court’s ruling, even if it blocks accession to the NATO stands in the way.

Turkey’s position is expected to soon become the only remaining obstacle to Sweden and Finland joining NATO, as 28 of the Western alliance’s 30 members have validated their requests and the Hungarian parliament is set to give its approval later this month.

‘Happy to wait things out’

Finnish Foreign Minister Pekka Haavisto complained that Ankara is unlikely to allow the two countries to join before Turkey’s presidential election in June. However, Sweden and Finland could wait longer.

Turkey is no stranger to rowing with fellow NATO members – as evidenced by Erdogan’s public disagreements with French President Emmanuel Macron and especially Ankara’s decision to buy Russia’s S-400 air defense system in 2017 in the face of the US turmoil followed by sanctions. Erdogan also has a history of making life difficult for European countries to help advance his priorities in the Middle East – most notably when in 2019 he threatened to let millions of migrants into Europe unless European powers lifted their criticism of Turkey’s offensive. on the Kurdish forces in Syria. .

Of course, Russia’s war against Ukraine is the West’s most pressing geopolitical concern, making bringing Sweden and Finland under the NATO umbrella a natural priority. But the war in Ukraine also highlights Turkey’s importance to the Western alliance, even though Ankara has been a clumsy NATO member for the past decade. So far, Erdogan has maintained ties with both Russia and Ukraine, while alienating neither — and it paid off for the rest of the world as Turkey brokered the export of Ukrainian grain through the UN in partnership with the UN. the Black Sea in July, before the deal was extended in November. after Russia briefly withdrew.

“Erdogan approaches the NATO alliance with the belief that Turkey’s interests are not being taken seriously enough and that NATO needs Turkey,” noted Howard Eissenstat, a Turkey specialist at St. Lawrence University in upstate New York and the Middle East Institute in Washington DC. “He doesn’t necessarily see bitterness within the alliance as a bad thing, as long as it underscores the need to address Turkey’s interests.”

The Turkish government’s “core assumptions about how Western governments should pursue Turkey’s enemies run counter to basic principles of the rule of law,” Eissenstat said, adding that he thought “Ankara knew this from the start, but believes that the process serves his interests.”

“Ankara is very happy to wait things out,” he reasoned. “Those calculations may change after Turkish elections when domestic benefits fall, but until then I doubt Ankara will budge.”

Indeed, Erdogan faces a tough re-election campaign in June amid a dire economic context as Turkey has been plagued by a currency and debt crisis since 2018.

“The main issues in the Turkish elections are, of course, mostly domestic – the abysmal economy and the issue of [Syrian] refugees,” noted Eissenstat. “But Erdogan clearly benefits from a tough stance on Finland and Sweden joining NATO.”

Not only does the Turkish public like to see “Turkish leaders play an important role in the world,” Eissenstat said, it is also “probably true that many share Erdogan’s mistrust of the West and believe that Western governments have provided a safe haven to the enemies of Turkey”. .

The Swedish-Turkish tug-of-war continues. Perhaps the most revealing statement at that Swedish defense conference was not Kristersson’s refusal to override the Supreme Court, but rather NATO Secretary General Jens Stoltenberg’s suggestion that the alliance has already extended its security umbrella to the two Scandinavian countries. “It is inconceivable that NATO would not act if the security of Sweden and Finland were threatened,” he said.

Life sentence for KZN man who raped and murdered a 9-year-old...