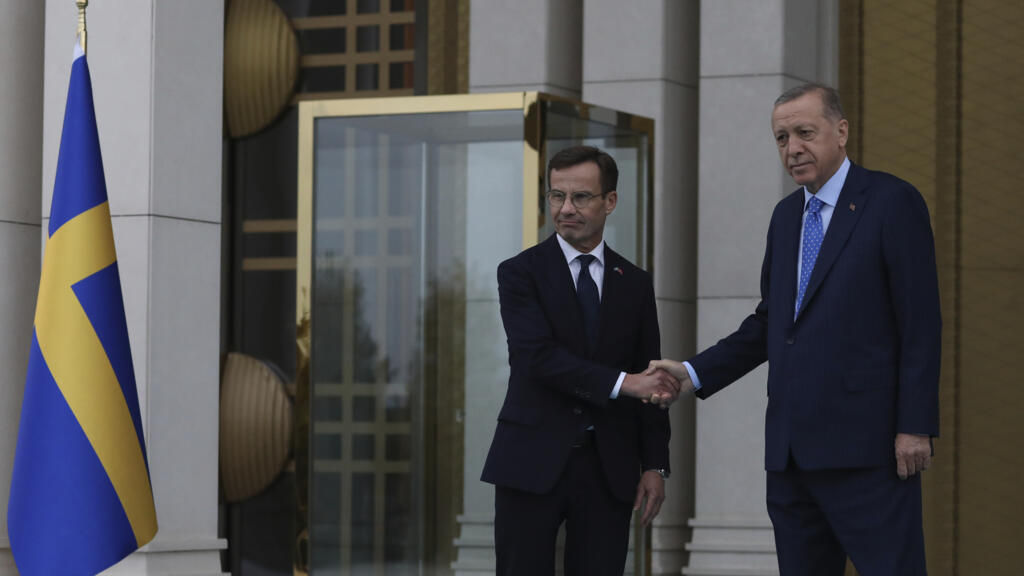 Sweden still has “many steps to take” to get Turkey’s approval for its NATO membership offer, a top Turkish official said on Tuesday when Sweden’s new prime minister visited Ankara in hopes of removing the hurdle to his country joining the military. alliance.

Sweden and Finland abandoned their longstanding policy of military non-alignment and applied for NATO membership after Russian forces invaded Ukraine in February, fearing Russian President Vladimir Putin would attack them next.

But Turkey, which joined NATO in 1952, has not yet ratified their accession, which requires unanimous approval from existing alliance members. The Turkish government accused Sweden – and to a lesser extent Finland – of ignoring its security concerns.

The government of Turkish President Recep Tayyip Erdogan is urging the two countries to crack down on those it considers terrorists, including supporters of the banned Kurdistan Workers’ Party or PKK, and those suspected of orchestrating a failed coup in Turkey in 2016.

Turkey has also called for the lifting of an arms embargo imposed after its 2019 raid on northern Syria to fight Kurdish militants. Sweden said last month it would lift the embargo, a move seen as an attempt to gain Ankara’s approval for its NATO membership.

Sentop said the Turkish parliament welcomed Sweden’s decision to lift restrictions on the defense industry, but said groups that Turkey considers terrorists are still able to carry out “propaganda, funding and recruiting activities” in Sweden.

“No progress has been made on our extradition requests,” Sentop added.

Kristersson wrote on Facebook on Monday that “in Sweden we will do significantly more through new legislation that opens up completely new possibilities to stop participation in terrorist organizations.”

Sweden’s new centre-right government is taking a tougher stance not only on the PKK, but also on the Syrian-Kurdish militia group YPG and its political wing, PYD. Turkey regards the YPG as the Syrian arm of the PKK

Swedish Foreign Minister Tobias Billström said in an interview with Swedish Radio last weekend that there were close ties between the PKK and the YPG/PYD. Sweden would therefore “keep a distance” from Syrian groups so as not to damage relations with Turkey, the minister said.

Kurds in Sweden were also critical. Kurdo Baksi, a Kurdish writer and commentator who has lived in Sweden for decades, called Billström’s comments disrespectful given the sacrifices made by Syrian Kurds in fighting the Islamic State group.

“We believe that the Swedish government’s bow to Turkish blackmail is contrary to the principles and morals of Swedish society and the humanitarian attitude that characterized Sweden at the global level,” she said.

ALSO READ  The 51% - Georgia and the War in Ukraine: Meeting the Country's First Female President

All 30 NATO member states must officially ratify the accession protocol for Finland and Sweden to join the alliance. Only the parliaments of Turkey and Hungary have yet to do that.

Last week, NATO Secretary General Jens Stoltenberg traveled to Turkey and urged the country to put aside his reservations, insisting that the Nordic neighbors had done enough to allay Ankara’s concerns.

Turkish officials have said that Sweden and Finland must first comply with the requirements agreed in a joint memorandum. The ten-article memorandum was unveiled ahead of a NATO summit in June after Turkey threatened to veto the countries’ applications.

“Both countries have taken some steps, but it is difficult to say that they have fulfilled their obligations at this stage,” the state-run Anadolu Agency quoted Turkish Foreign Minister Mevlut Cavusoglu as quoted on late Monday.