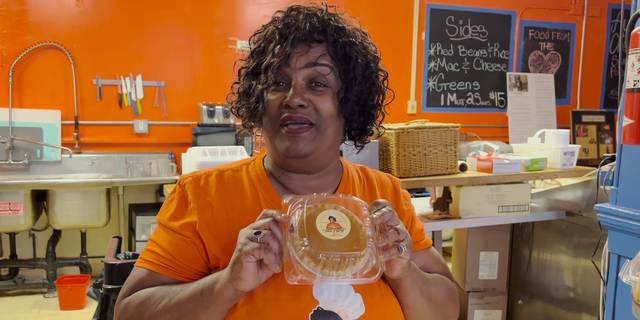 “We were able to bring together young people, old people, the police, the whole community just with our location,” Cheryl Johnson, owner of Aunt Cheryl’s Cafe, told TBEN News. “Our location became a place where people felt comfortable.”

Johnson has been serving the small suburb of Pittsburgh for five years and is one of the few restaurants in the city. The retired social worker turned caterer opened her doors to talk about how her business brings the community together.

“I’ve been all over the country, I’ve tasted from coast to coast: California, Detroit, Philadelphia,” she said. “Our sweet potato pie is the best.”

Johnson refused to give up her secret ingredients, but shared some suggestions on what to add to the Thanksgiving favorite.

“The most important thing we put into it is we put our hearts into it,” she continued.

Johnson said the city has rallied around its location.