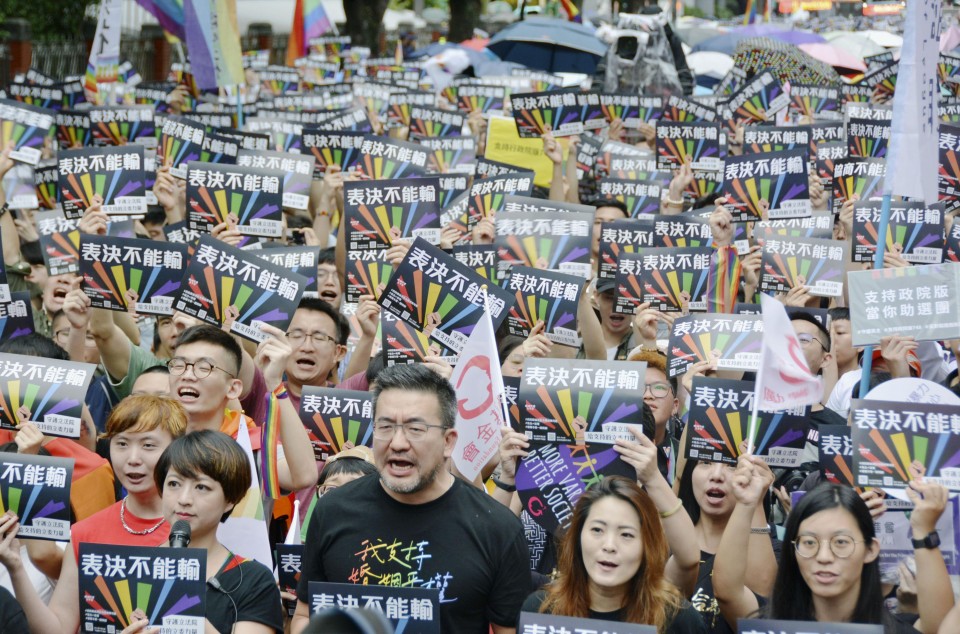 Taiwan has decided to recognize same-sex marriages between its citizens and their foreign partners, even if the countries of the partners do not allow same-sex marriage, in a departure from the previous interpretation.

The Ministry of the Interior informed local authorities of the change of interpretation from Thursday. Due to procedural issues, the new rule does not apply to same-sex marriages involving people from mainland China.

Same-sex marriage supporters gather at the Legislative Yuan in Taipei on May 17, 2019. (TBEN) ==TBEN

The move comes after a slew of court rulings recognized the unconstitutionality of rejecting same-sex marriage registration for transnational couples based on the initial legal interpretation.

Among them was a statement about a Taiwanese-Japanese couple. Their marriage registration was accepted in Taipei last September.

Japan remains the only country in the Group of Seven that does not recognize same-sex marriage, and a number of lawsuits have been filed in the country by same-sex couples.