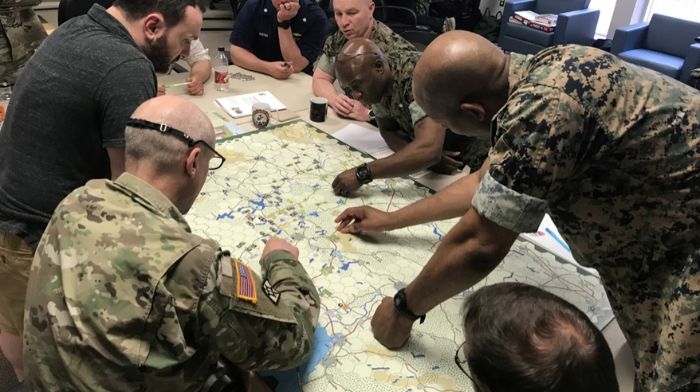 As we approach a year since Russia’s invasion of Ukraine, speculation has been rampant since President Vladimir Putin’s aggression that China is closely watching how the world reacts to Russia’s attempt to reintroduce Ukraine into the fold. Some have postulated that President Xi Jinping might try to draw parallels between Russia and Ukraine and China and Taiwan.

This led to an increase in war games last year, with all simulations showing that China would fail in its attempt to secure Taiwan. However, the cost to our allies and especially the United States is always very high.

A recent expanded war game conducted by a prominent DC think tank had similar results, which begs the question: what does victory really look like? A logical follow-up question would be whether the US defense machine knows what success looks like, or whether we are gearing up for another military failure in the future.

The Center for Strategic and International Studies conducted this particular war game. Unlike other war games that generally only contain one to two rounds of gameplay, this war game has gone through two dozen scenarios, making it one of the most comprehensive war games with this particular scenario to date. The situation was a Chinese invasion of Taiwan in 2026, just three years from now.

Each round of play had the same results; massive Chinese, American, Taiwanese and Japanese casualties. CNN, who previewed the report titled “The First Battle of the Next War,” condensed the results into a simple statement.

“A war over Taiwan could leave a victorious U.S. military in as crippled a state as the Chinese forces it defeated,” the report said.

What about the island we’d fight to protect our minds? How would Taiwan stand as a result of this potential warfare?

The war games showed that Beijing would be “unlikely” to win, meaning they would be unsuccessful in their invasion of Taiwan. Sure, the term “unlikely” doesn’t inspire much confidence, but in the interest of the war game, how is Taiwan faring at the end of the first battle of the next war?

Terrible, there’s no other way.

According to the report, “While Taiwan’s military is unbroken, it is severely degraded and must defend a damaged economy on an island without electricity and basic services.”

So why does this review matter? While the Chinese military would be decimated, chances are they can rebuild faster and better than Taiwan. The memory of the Chinese government is long and the idea that China would abandon its goal of unification is ludicrous.

I’d venture that even with an initial crushing defeat; China would return and be in an even better position than before to overtake embattled Taiwan. While many have compared Ukraine to Taiwan, these countries have vastly different challenges.

“Whatever the Taiwanese go to war with, they have to have it when the war starts,” said CSIS senior adviser Mark Cancian.

The ability to route our weapons to Ukraine is very different from the ability we would have with Taiwan because of a little thing called the Pacific.

Jack Posobiec: The US cannot help Taiwan in the event of a CCP invasion because the US is in a “hot proxy war with Russia and Ukraine”

This particular war game, like most, included not only consultants who worked at the CSIS, but also retired generals, naval officers, and former Pentagon officials. I think it’s important to note that our military and defense leaders aren’t as well known for winning victories in theaters of war in recent years, you just have to look at Iraq and Afghanistan.

One only has to look at the epic failure of our perpetual wars in the Middle East and the subsequent disastrous moral wound known as our withdrawal from Afghanistan to see evidence of what has become institutionalized military incompetence. So far, no military or defense leaders have been held accountable for that failure.

Gone are the days of Admiral Nimitz, who was willing to be relieved of his command if the Battle of Midway went south, or General Eisenhower, who wrote a letter of resignation prior to the invasion of Normandy in case it failed at D Day. Instead, our failed military leaders are allowed to stay in their posts, only to retire to jobs at the Pentagon or advise on think tanks like CSIS.

This fact gives me quite a bit of pause at the results of the CSIS saying that Beijing is “unlikely” to win, I have yet to see any evidence that I should trust the military complex’s advice or predictions. So what do these “experts” recommend post-war game?

Of course, throw more money at the military-industrial complex and at Taiwan.

The report suggests that in order to put the world in a better position to defeat China, the United States should “prioritize submarines and other submarine platforms”. On top of the already hugely inflated defense budget, we should spend even more money on weapon systems, whether operational or not.

Sounds like a good deal for defense contractors. Meanwhile, we can’t even convince young Americans to raise their right hand to join an awakened army, let alone find Americans who can even serve.

The military recently adapted its basic training to accommodate overweight recruits and those with low academic scores. However, I highly doubt that China has the same problem.

According to the report, we should give Taiwan more money and security assistance on top of the recent NDAA that promises Taiwan $10 billion over five years.

What the report highlighted, and I think is important to focus on, is that the expected losses for the United States would “damage the US global position for years to come.”

Not only do I think our Department of Defense is ready for a protracted war with China because of failing weapon systems and a bureaucracy focused on military leadership and civilian leaders’ personal and professional gain, but I don’t believe the American public wants a tough war. Those who would put on the uniform and fight across the vast ocean are not made of the same material as our grandfathers.

Victory is not even assured, and I argue that how we measure victory only leads the American public to lose again.