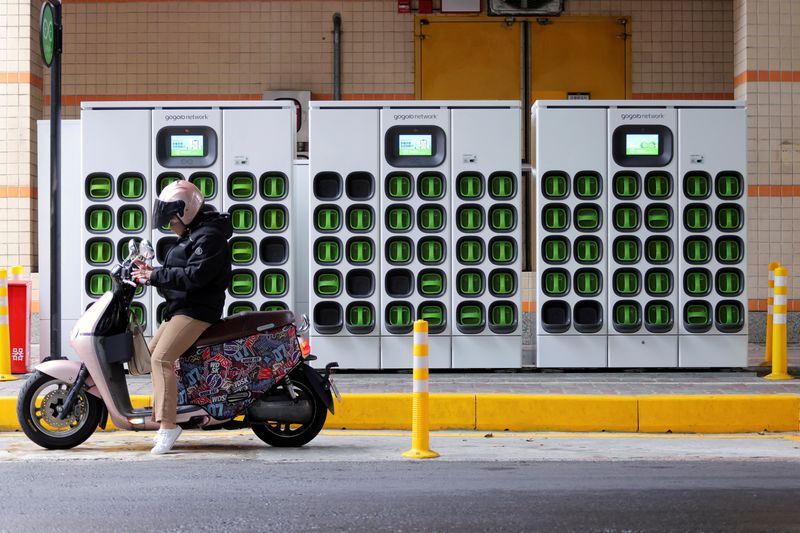 TAIPEI (Reuters) – Taiwanese electric scooter maker Gogoro Inc is delaying its expansion plans in China due to geopolitical and economic uncertainty there and is putting more emphasis on India and Indonesia, its chief financial officer told Reuters on Friday.

In addition to making its own vehicles, Gogoro has electric batteries and other partnerships with automakers including India’s Hero MotoCorp and China’s Dachangjiang Group and Yadea Group Holdings.

Gogoro’s CFO Bruce Aitken said that while nearly all of their revenues are currently generated in Taiwan, they want to diversify internationally, with China, India and Indonesia being the largest two-wheeler market.

But with China – whose economy has slowed due to repeated lockdowns to contain COVID-19 and where Beijing is embroiled in trade and political disputes with Washington – “there are all the geopolitical problems, there are all the macroeconomic problems in China” Aitken said.

“There is so much uncertainty, I think, regarding the Chinese market in general, that we are delaying our expansion plans until we have a little more certainty and a little more viability in what comes next,” he said.

“We are taking an optimistic but cautious perspective regarding a further rollout in China due to the current situation there.”

Because China is a challenging place, Gogoro is looking at his plans elsewhere, Aitken said.

But the company doesn’t expect more significant international revenues through 2024 and beyond, he said.

In Taiwan, Gogoro has a partnership with Foxconn, best known for assembling Apple Inc iPhones, but with his own huge ambitions for electric vehicles.

Aitken said there was potential to do a lot more with Foxconn, whose EV plans currently don’t include two-wheelers, but instead focus on sedans, buses and trucks.

“We have no ambitions at the moment to get into the four-wheel space ourselves, so there is no competition there.”