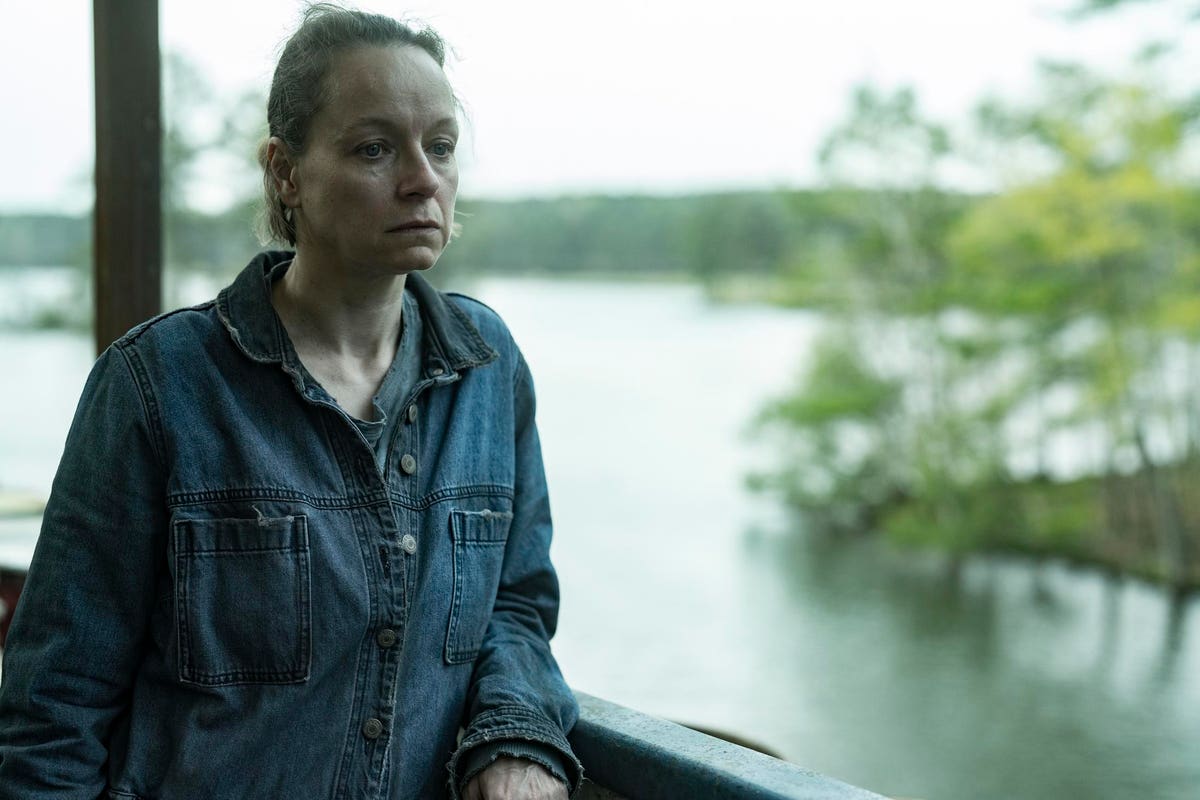 Stories of the Walking Dead gave us yet another Alpha origin story this week. It was also a pretty good episode, except for one thing: it completely contradicts the first Alpha origin story we got back when the Whisperers came. The living Dead.

Way back in season 10, episode 2 (which aired in October 2019, on the Before Times, before the pandemic and ensuing madness), the episode “WE ARE THE END OF THE WORLD” told the story of Alpha’s first meeting and Beta.

Alpha wasn’t a Whisperer yet. Neither does beta. Their first meeting was fraught, but eventually they got in touch. At the end of the sequence, Beta cuts the face of a zombie that had special meaning to him – the same face he uses for his Whisperer mask. This is also when she calls them Mrs A and Mr B.

The episode seemed to be not only the origin story of Alpha and Beta, but also of the Whisperers as a group. While they didn’t show that faction, Beta’s facemasks certainly seemed like a hint of things to come. And, well, Alpha and Beta mean the first and second of something and we can safely assume that those are the Whisperers.

Without explicitly mentioning it, the episode seemed to give us a pretty clear picture of how the Whisperers got started.

But the stories This week’s episode not only contradicts that origin story, it breaks all continuity in the process.

Alpha – currently known as Dee (Samantha Morton) and Lydia (here played by Scarlett Blum) live on an old steamboat on a river in the south. The steamboat community is led by a woman named Brooke (Lauren Glazier), whose leadership style is basically the bread and circus approach. She gives fancy parties where everyone has to dress neatly. She seems to be more concerned with looks than common sense, leaving the boat’s exterior lights on despite the undue attention it might draw at night.

All this rubs Dee the wrong way. Even worse, Lydia is in love with Brooke, who adores her and constantly scolds Dee for her looks or lack of maternal skills. Lydia would happily trade her mom for this newer, prettier, sweeter model. But things are going bad, as always.

Dee is suspicious of one of the newcomers on the boat, Billy (Nick Basta). When he serves her drinks at the bar, he is rude and contemptuous and tells her that if she doesn’t dress nicely and make Brooke happy, then she should stay in her room. It’s almost like he doesn’t want her around for some reason.

Be that as it may, her heckles are up. Billy gives her bad vibes and she’s not shy about telling the others when they hear an elderly gentleman is missing. She presses the tip and when she confronts Billy, who she sees pointing to the shore with a mirror the next day, he yells that she is trying to stab him and dives into the water, swimming away.

Brooke, who is apparently an idiot through and through, chastises Dee again, despite Billy’s obvious BS (Brooke was standing there, so she knew Dee wasn’t trying to stab him). When Billy later returns with five other goons, all with loaded weapons, Dee is vindicated. Other passengers aren’t so lucky as Billy shoots them to make way for his crew.

Alpha shows up and takes action, cutting one of the men off Billy’s throat and grabbing his gun. She fires a few shots and then dives over the edge, escaping to shore with Lydia. Here she has to fight against some zombies and she and Lydia, covered in blood, hide under a dead walker. Remains of the boat are picked up by the zombies, except Brooke, who manages to survive.

When Alpha finds her, Brooke bizarrely claims it’s all her fault, even though she was the one who warned them about Billy and tried to be careful. Alpha is about to kill Brooke when Lydia shows up and intervenes. Instead, she cuts a long gouge into Brooke’s pretty face.

They leave Brooke and go their separate ways, eventually stopping to rest. Lydia talks about fairies talking to her in the woods. Alpha decides this is no place for a child, no world for Lydia to grow up in, but just as she’s about to kill her own daughter, she hears the voices too. It’s the whisperers! They appear in the nick of time and welcome the couple to their fun costume club.

Alpha has been telling this all along and we eventually learn that she has been talking to the leader of the Whisperers, the blond woman who just invited her, whom she is now going to kill.

I do not get it. The timeline has been shifted or ignored or the show’s writers and producers simply forgot the first episode of the original story when they put it together.

Anyway, it’s still a pretty good episode so far The living Dead going on lately, though oddly timed considering how long ago the Whisperer War ended.

As annoying as the Whisperers got, Samantha Morton is always awesome and menacing, and here she is, but with a touch more humanity. I could go as far as to say that I prefer this complicated Dee over the cartoon villain, Alpha. But I prefer complex characters to psychotic monsters.

Maybe I’m just not thinking of the right timeline or I’m missing something, I’m not sure, but it feels to me like the writers forgot about the original flashback episode or just threw the baby out with the bathwater. Or this is the beginning of The living Dead multiverse, with alternate timelines.

Hey, does that mean we can get a new story with Rick? Maybe the Andrea he meets in this version is the one from the comics rather than the one we were stuck with on the show.

What did you think of episode 3? Stories of the Walking Dead is generally (so far) less bad than I expected, so that’s good. My least favorite at the moment is the first, which is a shame because I love Terry Crews. I need to watch episode 4 now that it’s out on AMC+ and get a review ASAP.

Oh, and I should note that I really liked the idea of ​​an old steamboat as a post-apocalyptic safe haven. There just wasn’t enough time to explore that idea in a single episode.

My previous stories reviews below:

As always I would love to follow on social media and share would always be appreciated. Thank you!

And you can follow me on this blog too or sign up for my posts via email.