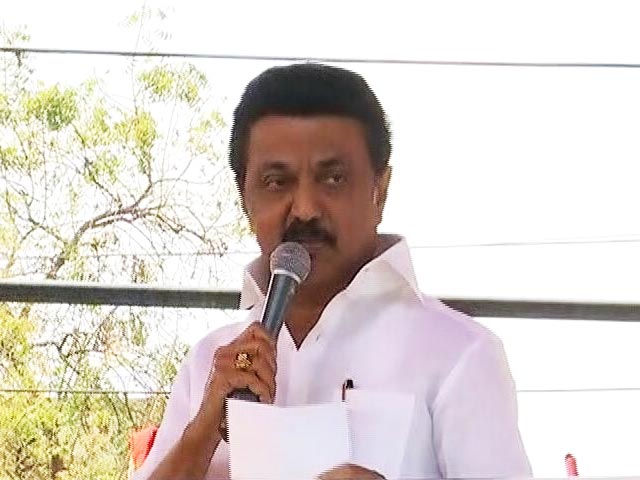 Chennai: The government of Tamil Nadu on Wednesday signed a memorandum of understanding for 24 projects worth Rs 2,120.54 crore, while Chief Minister MK Stalin said the government’s goal was to increase the state’s exports to $ 100 billion by 2030.

The State Government’s Micro, Small and Medium Enterprise Trade and Investment Promotion Office (M-TIPB) has entered into a Memorandum of Understanding with Flipkart / Walmart to promote e-commerce among MSMEs in Tamil Nadu through a supplier development program.

This initiative envisions expanding the capacities of MSMEs through intensive training and support and equipping them to grow their businesses and become part of national and global supply chains.

M-TIPB and the Indo-German Chamber of Commerce have concluded a Memorandum of Understanding for collaboration between state MSMEs and companies in Germany. The MoU would facilitate linkages, interaction, technology collaboration programs and export opportunities for state MSMEs.

The conclave is part of the national events to commemorate the 75th anniversary of India’s independence (Azadi Ka Amrit Mahotsav).

On behalf of the Department of Industries, 14 MoUs were signed with the 100% export oriented units, with a cumulative investment of Rs 1,880.54 crore, creating employment opportunities for 39,150 people, according to an official statement.

10 other MoUs were signed on behalf of the Ministry of MSMEs, with a cumulative investment of Rs 240 crore, providing employment opportunities to 2,545 people.

In his speech, Stalin said: “We have set a target of $ 1 trillion in savings for Tamil Nadu by 2030. To achieve this, the state’s exports would need to be increased to $ 100 billion. against 26 billion currently. “

To help achieve the goal, companies in the public and private sectors need to work together, he said.

The government will take a two-pronged export promotion and diversification approach to achieve this goal, a key aspect of TNEPP.

The government also plans to develop two “export enclaves” in Manallore and Tuticorin with world-class infrastructure for exporters, the CM said.

The government has identified 10 export hubs and would strengthen joint export-related infrastructure projects in these locations by reimbursing 25% of the project cost, subject to a cap of Rs 10 crore per hub.

Programs have also been formulated to encourage the production of value-added products (Special Package Incentives) by exporters.
Such initiatives are part of TNEPP.

Each district produces several unique products and to market them globally, export centers are set up in each district.

Similar to the slogan “Made in India”, “Made in Tamil Nadu” should resonate and “it is not only our desire, it is also our goal and our journey will be towards that goal,” he said.

Citing sectoral statistics on state exports, including a 58% and 45% share in clothing, accessories and footwear respectively, Stalin said “we should not be happy with this victory, the percentage of ‘exports are expected to increase every year. “

Insisting on the production of value-added products to boost exports, he said that electric vehicles, food processing and defense are among the sectors that are expected to scale up to add to the export capacity. from Tamil Nadu.

As part of the government’s efforts to further boost exports, a “State Committee for Export Promotion” will be set up and the chief secretary will lead the panel, he said.

Stalin said that a project monitoring unit, an exclusive body, was set up to monitor MSME export programs.

A first in the country, the government of Tamil Nadu is setting up an “International Furniture Park” in Tuticorin, an export-oriented initiative that would stimulate industrial growth in the southern regions of the state.

Following the cancellation of the 1% tax on the cotton and cotton waste market by his government, Stalin said: “I am happy to report that the Cotton Corporation of India has now come forward for set up cotton depots in Salem, Madurai, Coimbatore and Virudhunagar. “

In total, the investments made in 24 projects amount to Rs 2,120.54 crore and would provide employment opportunities to 41,695 people.

Such investments would be made statewide in various places like Chennai, Kanchipuram, Tirupathur, Krishnagiri, Madurai, Salem, Tiruchirappalli, Thanjavur, Thoothukudi, Dindigul and Tirunelveli districts.

Stalin also issued land allotment orders for the first two companies that are expected to set up in an exclusive polymer park in nearby Ponneri to meet the needs of the polymer industry.

How do global lenders IMF and World Bank view cryptocurrency?

Crude Oil Flow Rises in September Thanks to Firm Demand