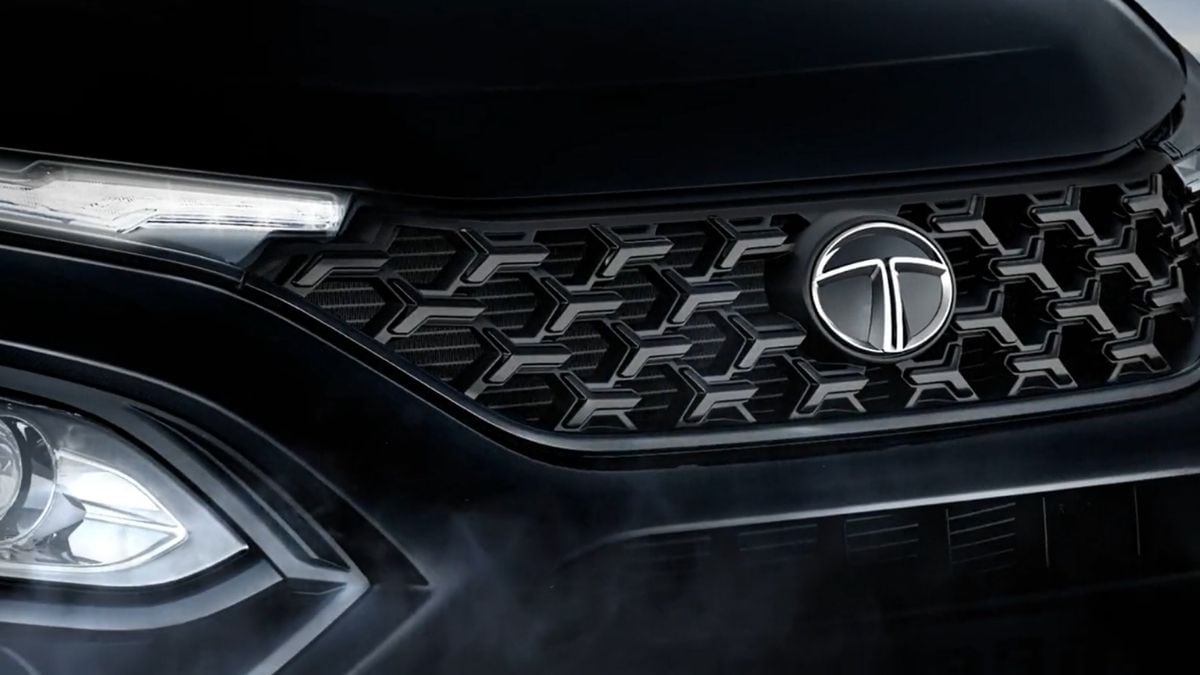 Now, Tata Motors will expand its Dark Edition range with the introduction of the Tata Safari Dark Edition, which is set to debut in India on January 17, 2022.

The Tata Safari Dark Edition will feature blacked out elements to enhance its SUV appeal.

Tata Motors launched the Tata Safari in India in February 2021, and since then has only received a nip & tuck twice, in the form of the Safari Adventure Persona Edition and the Safari Gold Edition. Now, Tata Motors will expand its Dark Edition range with the introduction of the Safari Dark Edition, which is set to debut in India on January 17, 2022. Ahead of its impending launch, the company shared a teaser video, and along with it shared a preview of the front part of the Tata Safari Dark Edition.

Get ready to experience the new era of Bold.

The Tata Safari Dark Edition, like the other Dark Editions, will feature a blacked-out grille with the three-arrow pattern and a black housing for the bumper-mounted headlights, along with black accents on the ORVMs, alloy wheels and black lettering. on the trunk lid. The #Dark badge will find its place on the front fenders. Inside, the Tata Safari Dark Edition will swap its standard two-tone dashboard for a completely blacked-out theme with black upholstery.

Also Read: Planning to Buy the Tata Safari 2021? Here are some pros and cons