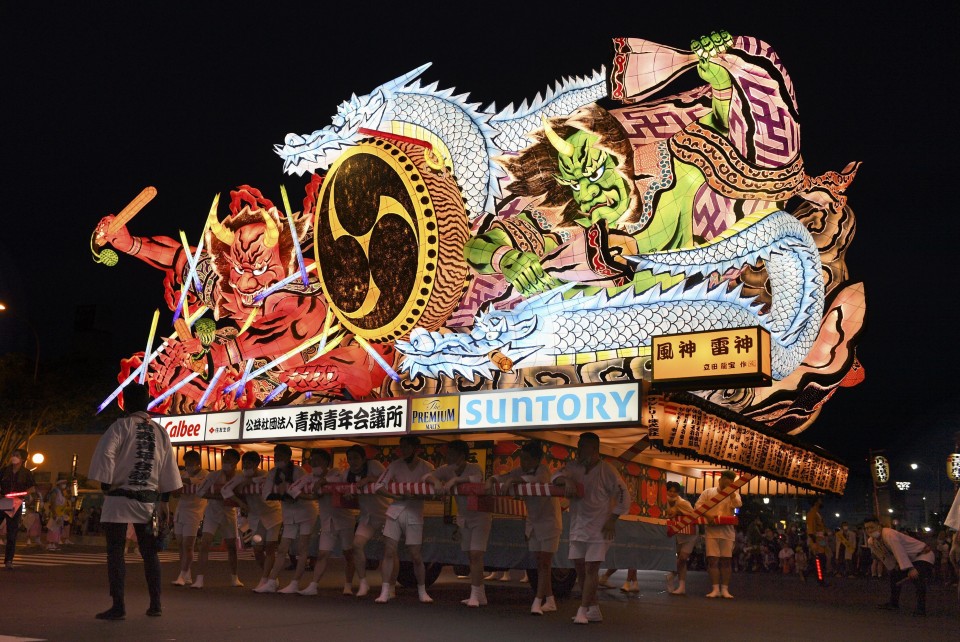 Famous for its nighttime parades of lit giant paper lanterns, the Nebuta Summer Festival kicks off on August 2, 2022 in Japan’s northeastern city of Aomori, after a two-year hiatus due to the COVID-19 pandemic. (TBEN) ==TBEN

US will not abandon Taiwan despite threats from China, Pelosi tells Tsai

TAIPEI – US House Speaker Nancy Pelosi told Taiwanese President Tsai Ing-wen on Wednesday that the United States will honor its commitment to the democratic self-ruled island amid mounting tensions over her visit and China’s strong warnings against it.

“Today, our delegation, which I am very proud of, came to Taiwan to make it unequivocally clear that we will not give up on our commitment to Taiwan. And we are proud of our lasting friendship,” Pelosi said during her meeting with Tsai.

SINGAPORE – Member states of the Association of Southeast Asian Nations are preparing additional steps or adjustments to its measures to tackle Myanmar, which has been ruled by the military since a coup in February 2021, following the execution of four people by the junta, including two pro-democracy activists late last month.

The executions, ahead of a three-day Wednesday meeting of ASEAN foreign ministers in Phnom Penh, provoked swift international condemnation, thwarting efforts to restore peace in Myanmar.

TOKYO – The major Japanese trading houses Mitsui & Co. and Mitsubishi Corp. said Tuesday they have reduced the value of their stake in the Sakhalin 2 oil and natural gas project in Russia’s Far East by a combined 217.7 billion yen ($1.7 billion), citing growing business uncertainty.

Mitsui cut its investment value by yen 136.6 billion and Mitsubishi by yen 81.1 billion after Russian President Vladimir Putin signed a decree in late June to seize control of the project with the creation of a new operating company.

TOKYO – An extraordinary diet session kicked off on Wednesday, with a debate over a state funeral for former Prime Minister Shinzo Abe that was suspended from the three-day meeting, despite ongoing controversy over whether the ceremony is appropriate for the influential but divisive figure.

The ruling and opposition camps are addressing procedural issues during the Diet session and have agreed to hold out-of-court talks on the state funeral and other key issues, including rising commodity and energy prices and politicians’ controversial ties to the Unification Church.

TOKYO – Japan expressed concern over Chinese military activity around Taiwan on Wednesday during US House Speaker Nancy Pelosi’s visit to the self-ruled island, stressing the need for a peaceful solution to problems in the strait amid heightened tensions .

Japan’s top government spokesman, Hiroakazu Matsuno, said peace and stability in the Taiwan Strait is important not only for Japan’s security, but also for the world.

TOKYO – Local officials of Fukushima Prefecture on Wednesday called on the central government to take steps to prevent reputational damage to marine products, a day after approving the construction of facilities to transfer treated water from the crippled Fukushima nuclear power plant into the ocean. to discharge.

The mayors of the two cities that house the Fukushima Daiichi plant, Okuma and Futaba, and the Fukushima government, Masao Uchibori, made the request during a meeting with the Minister of Economy, Trade and Industry Koichi Hagiuda in Tokyo.

TOKYO – The Japanese government said on Wednesday it has selected two South African professors as winners of a medical award for their contributions to the prevention and treatment of HIV infection, ahead of an international conference on African development later this month.

FEATURE: Hibakusha professor is working to dispel the “myth” of the atomic bomb in the US

TOKYO – For nearly two decades, Yuki Miyamoto, a professor and second-generation Hiroshima “hibakusha,” or nuclear bomb survivor, has been trying to educate her students at an American university about the horrific toll of nuclear weapons.

Stunned by the justifications given in the United States for dropping the bombs on Hiroshima and Nagasaki in August 1945, she traveled to the US to study ethics, where her work now focuses primarily on nuclear discourse at DePaul University. in Chicago.