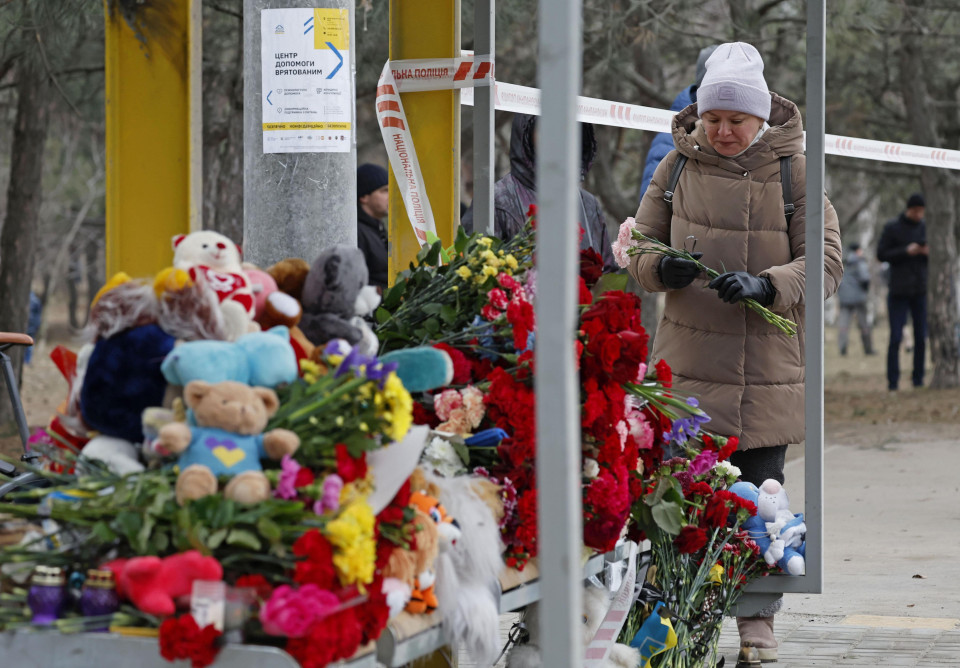 Flowers are piled near an apartment building hit by a missile in Dnipro on January 17, 2023, in the midst of Russia’s war against Ukraine. (TBEN) ==TBEN

BOJ does not implement policy change despite market pressure, bond yields are falling

TOKYO — The Bank of Japan left its ultra-low interest rate policy unchanged on Wednesday despite market pressure to do more after raising the limit on long-term bond rates last month, sending the Japanese yen and interest rates plummeting.

Despite forecasting inflation to reach 3 percent, above the 2 percent target, the BOJ stuck to its yield curve management program at the end of a two-day policy meeting. The scheme is designed to keep short-term and long-term interest rates at record lows to support the economy.

TOKYO – Renault SA is in the final stages of talks with Nissan Motor Co. to cut its stake in its Japanese partner to 15 percent from its current 43 percent, sources close to the matter said Tuesday, in a sweeping review of their decades-old capital alliance.

Renault Chief Executive Officer Luca de Meo plans to meet Nissan CEO Makoto Uchida in Japan on Jan. 26, with the aim of reaching an agreement on the review of their capital alliance dating back to 1999, the sources said.

ALSO READ  NZ PM Ardern says she will step down in February.

WASHINGTON — U.S. Secretary of Defense Lloyd Austin will visit South Korea and the Philippines within weeks to step up cooperation with the two countries, a Pentagon spokesman said Tuesday.

Austin will meet with senior government and military officials during the trip, which will be a “reaffirmation of our deep commitment to working with allies and partners to map out our shared vision to build a free and open Indo-Pacific.” Defense Department press secretary Pat Ryder said.

TOKYO — An appeals court on Wednesday upheld the acquittal of three former executives of Tokyo Electric Power Company Holdings Inc. who were accused of failing to prevent the disaster at the Fukushima Daiichi nuclear power plant in northeastern Japan in 2011.

The Tokyo Supreme Court decision followed a 2019 Tokyo District Court ruling that found former TEPCO chairman Tsunehisa Katsumata, 82, along with Ichiro Takekuro, 76, and Sakae Muto, 72, both former vice presidents Could not have predicted the massive tsunami that crippled the power plant and led to meltdowns.

ALSO READ  Suicides in Japan to rise in 2022, first rise among men in 13 years

TOKYO – Japan and the United States have signed an agreement to develop and promote a new communications network that does not rely on the infrastructure of specific companies, the government said on Wednesday, amid China’s increasing presence in the sector.

The memorandum covers Open Radio Access Network technology that enables interoperability between equipment from multiple vendors for mobile wireless networks. Under the agreement, the two countries will share data and work together to spread the technology internationally.

TOKYO — Japan’s Emperor Naruhito, in a poem recited Wednesday at the annual Imperial New Year’s Poetry Reading, expressed hope that the lives of people disrupted by the COVID-19 pandemic will return to normal, touching on friendship among young marching band members with whom he spoke.

The ceremony at the Imperial Palace was also attended by Empress Masako, Crown Prince Fumihito and his wife Princess Kiko, with the attendance of the general public being limited due to the coronavirus pandemic.

ALSO READ  Big gulp! Heron bites off more than he can chew when he swallows the frog whole

BEIJING — The population of mainland China has shrunk for the first time in 61 years, government data showed on Tuesday, with the East Asian nation estimated to have already overtaken India as the world’s most populous nation amid a continued decline of the birth rate and a rapidly aging society.

The population of China, excluding Taiwan, Hong Kong and Macau, reached 1,411.75 million at the end of 2022, a decrease of 850,000 from the previous year, the government said. The figure is comparable to India’s population of 1,412 million in 2022 estimated by the United Nations.

The top US diplomat’s upcoming trip follows summit talks between US President Joe Biden and his Chinese counterpart Xi Jinping in Indonesia in November.

Video: Building hit by a missile in Dnipro, Ukraine