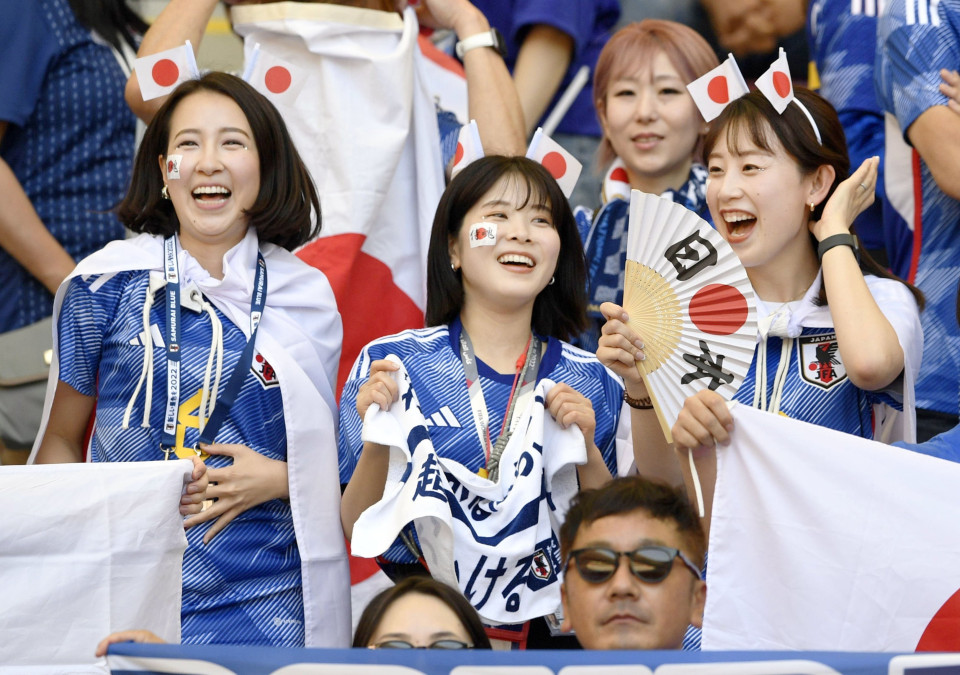 DOHA – Japan claimed a famous 2-1 victory over Germany at the World Cup on Wednesday, with Ritsu Doan and Takuma Asano scoring in the second half as part of a dramatic comeback in the tournament’s Group E opener.

Doan, who plays for German club Freiburg, was in the right place to fire in a rebound after fellow substitute Takumi Minamino fired a ball into the goal mouth that German keeper Manuel Neuer could only parry.

Football: Japan’s persistence has paid off in a “historic” victory, says Moriyasu

DOHA – Japan manager Hajime Moriyasu called Wednesday’s 2-1 victory over Germany a “historic moment”, made possible by his team’s tenacity in the face of an attack from the four-time champion.

Speaking after their incredible come-from-behind victory at Khalifa International Stadium, Moriyasu was typically stoic but clearly proud of what Japan has achieved.

Football: Japanese talents flourish as manager defies the past in ultimate test

DOHA – Japan’s talents came loose in their historic World Cup win over Germany on Wednesday, with the Samurai Blue passing the ultimate test after going back to the wall against one of the tournament’s favourites.

A barrage from the four-time champion in the first half left Japan chasing shadows. Fans at home may have feared a heavy defeat for an incredible turn of events in which the team, and especially their manager, set aside old habits that sometimes produced undesired results.

CIANJUR, Indonesia — Indonesian firefighters on Wednesday rescued a 5-year-old boy who was trapped under the rubble of his home for some 45 hours after a deadly earthquake hit Java Island.

The death toll from Monday’s magnitude 5.6 earthquake, meanwhile, has risen to 271, with 151 others missing and about 2,000 injured as search operations continue.

“His Majesty wishes to hear the views of the Malaysian rulers to enable His Majesty to make a decision in the interest and well-being of the country and its people,” royal comptroller Ahmad Fadil Shamsuddin said in a statement on Wednesday.

TOKYO – Japan is considering establishing a new organization to lead the country’s fight against cyberattacks, with control over defense units and police forces that deal with such attacks, government sources said Wednesday.

The government is aiming to secure a new security budget in fiscal year 2024 to cover the targeted agency, which expands the role of the existing National Center of Incident Readiness and Strategy for Cybersecurity, or NISC, they said.

TOKYO – Some 77 percent of Japanese companies in Europe see their operations impacted by Russia’s invasion of Ukraine, mainly due to a rise in energy and food prices and logistics disruptions, a survey found.

Manufacturers are feeling the heavier impact, with 83.7 percent in the industry saying their business has suffered from the war in Ukraine, according to the Japan External Trade Organization’s online survey of 1,445 companies between September 1 and 26 with valid responses from 799.