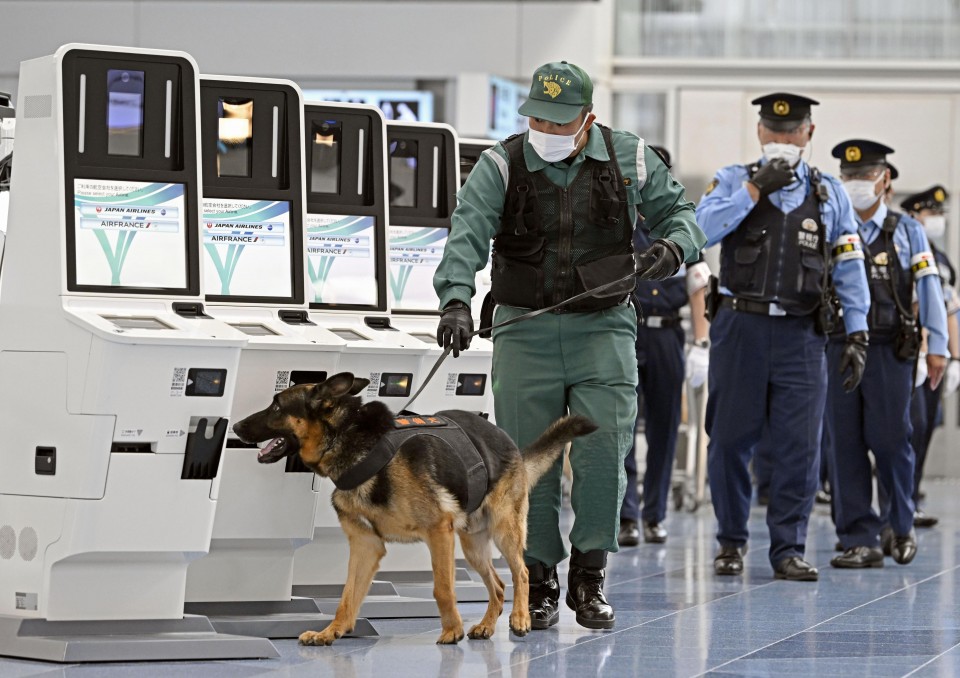 WASHINGTON – Japan and the United States have agreed on joint technology research to counter hypersonic weapons, Japan’s Defense Minister Yasukazu Hamada said on Wednesday, as the two countries work together to closely align their security strategies in the face of security threats. China’s growing assertiveness in the region.

The agreement was reached during talks between Hamada and his US counterpart Lloyd Austin at the Pentagon, their first face-to-face meeting since Hamada replaced Nobuo Kishi as defense secretary in early August.

TOKYO – Japan’s Immigration Office said on Wednesday it will extend for six months a program providing financial aid to evacuees who fled Ukraine from Ukraine after the Russian invasion in February.

As the current six-month support period ends at the end of September, the Immigration Office has decided to extend the program for evacuees living in Japan without a deposit by 180 days.

TOKYO – About 40 percent of the 169 people who fled to Japan from Afghanistan after the return of the Taliban last August have left their new homes due to pressure and a lack of support from Japan’s foreign ministry.

Although Japan has granted refugee status to 98 people, 58 returned to Afghanistan despite the risk of persecution by the Taliban, while seven left for the United States and Britain, according to the evacuees.

Imports rose 49.9 percent from a year ago, while exports rose 22.1 percent, preliminary data from the ministry shows.

NEW YORK — World leaders will participate in diplomatic events at United Nations headquarters in New York next week as part of the General Assembly, with a focus on each country’s stance on Russia’s invasion of Ukraine.

The leaders and senior officials from some 140 countries plan to deliver speeches at the annual general debate session, which will begin Tuesday in a fully personal format for the first time since 2019, following the adoption of virtual or hybrid formats as a result of the new coronavirus pandemic.

End of COVID pandemic “in sight”: WHO chief

GENVE – The end of the new coronavirus pandemic may be drawing closer, which is why people need to step up their efforts to prevent further spread, the head of the World Health Organization said on Wednesday.

“We’re not there yet. But the end is in sight,” WHO Director-General Tedros Adhanom Ghebreyesus told a news conference, noting that the number of COVID-19 deaths fell last week to levels that were announced in March 2020. seen.

FUKUOKA (Neth.) – Shuta Ishikawa gave up a run while pitching in the seventh inning, and the SoftBank Hawks drove a great first inning to beat the Seibu Lions 6-1 on Wednesday to extend their lead in the Pacific League to two games.

Ishikawa (6-9) worked a 1-2-3 first inning at PayPay Dome and his teammates scored five runs in the first inning off of rookie Chihiro Sumida (1-10). Alfredo Despaigne’s basesloaded double-out led to the first two runs of the game, and three consecutive RBI basehits followed.

KYOTO – With goals from defender Eduardo and striker Elber on either side of the break and a strong defense, Yokohama F Marinos gave the top of the J-League First Division by five points after Wednesday’s 2-1 away win against Kyoto Sanga.

With both teams furiously attacking in the opening minutes, Eduardo headed in a corner in the 25th minute when Marinos exploited some defensive mistakes by the hosts at Sanga Stadium.