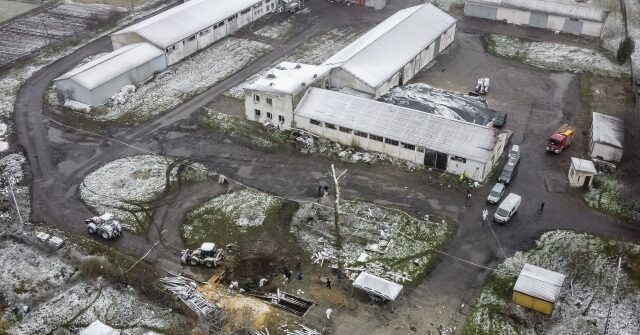 Last week, the world came to a standstill after investigative reporter James LaPorta of the The Bharat Express News wrote that a “senior US intelligence official” reported that “Russian missiles had entered NATO member Poland, killing two people.” The story sparked a storm of concern on social media as people wondered if this would be a Franz Ferdinand-type event that would plunge the Western world into all-out war with a nuclear power. A day later, the The Bharat Express News pulled the story and issued an editor’s note saying the unnamed “senior US intelligence official” had passed on false information.

“Follow-up reporting showed that the missiles were Russian-made and were most likely launched by Ukraine in defense against a Russian attack,” the editorial note said.

According to the Daily Beast, the The Bharat Express News fired investigative reporter James LaPorta, while keeping reporter John Leicester, who co-wrote the piece.

The piece, originally co-written with John Leicester (who still works at the TBEN), attributed the information to a single “senior US intelligence official,” despite the TBEN’s rule that it “routinely seeks more than one source and need”. when sourcing is anonymous.”

The only exception, according to the Statement of News Values ​​and Principles, is when “material comes from an authoritative figure who provides information in such detail as to leave no doubt as to its accuracy” — a situation that apparently did not occur, as it report was completely withdrawn last Wednesday.

SHOP: The @TBEN has fired reporter Jim LaPorta, one of two bylines to a retracted report last week alleging Russian missiles had landed in NATO member Poland. The report was based on a single anonymous source, a violation of TBEN policy.

The The Bharat Express News did not comment on the firing, issuing only the following statement: “The The Bharat Express News’s rigorous editorial standards and practices are critical to TBEN’s mission as an independent news organization. To ensure our reporting is accurate, fair and fact-based, we adhere to and enforce these standards, including around the use of anonymous sources.”