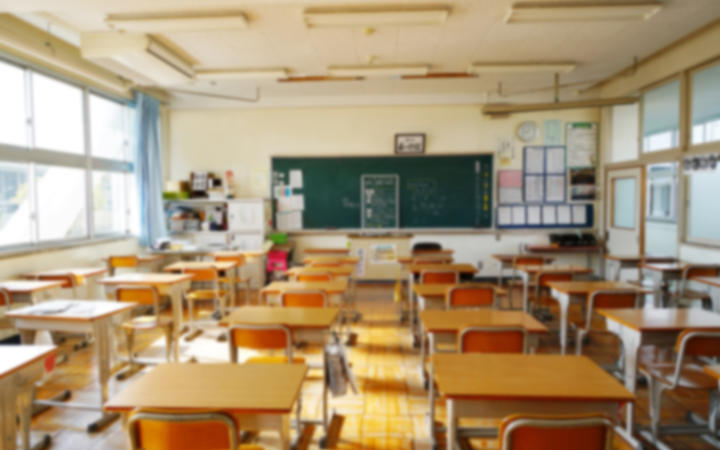 The Pedagogical Council struck off an elementary school teacher who had deliberately sued and married a vulnerable ex-pupil 34 years younger than him.

The council’s disciplinary tribunal said the man’s behavior was at the most extreme end of serious misconduct.

According to his findings, the man taught the girl in grades 7 and 8 in primary school.

He continued to see her after arriving at high school in 2012 by visiting her classroom and visiting her home and other places, often with a friend.

Visits to the teacher’s class prompted the headmaster of the man’s school to warn him in 2015 about maintaining professional borders with former students.

As a teenager, she left high school in late 2016 and married the teacher in early 2019.

The court rejected the man’s evidence that their relationship only became romantic in January 2017, after she left school.

He said the relationship didn’t have to be romantic for it to be inappropriate.

“Student C reconnected with the Respondent on the grounds that he had been her teacher. There was no other reason. From there, although he was cautioned by his Director on Professional Boundaries, the Respondent engaged in a deliberate and consistent behavior in pursuit of a vulnerable young woman.

“Her conduct was to take modest but determined steps so as not to draw attention to herself, and also, in our opinion, not to alert Student C herself to her intentions,” the ruling states. court.

“The occasional and seemingly innocent texting during school hours was meant to make sure it was always on Student C’s mind. He asked daily questions about how she was doing and what she was doing to elicit an ongoing dialogue. His conduct was calculated and intentional. “

The court also ruled out evidence that the girl had sued the man.

“We would like to caution the approach that it is always okay to divide the start of a relationship onto a student. At all times, a teacher has a professional duty to withdraw from a situation in which a student may wish to form a relationship other than an appropriate student-teacher connection.

“Given the inherent imbalance of power, it is always the teacher’s responsibility as a professional to set and maintain the limits,” the court said.

The court questioned the woman for its investigation and said it was troubled by her evidence.

“The impression Student C left on the Tribunal was that of a vulnerable young woman, impressionable, easy to manage and not overly intelligent,” he said.

We agree with the ACC [Complaints Assessment Committee] that student C is totally dependent on the respondent, financially, socially and emotionally. His role in the relationship is to meet his needs and wants. The power imbalance now that they’re married is as big as it always has been.

ALSO READ  Mountain rescuer who fell 500 feet while trying to help lock blurers will be in wheelchair for life, he emerges

“We do not accept the arguments that the Respondent is taking steps to mitigate this. Quite the contrary. He has taken Student C away from his whānau and his friends on the other side of the world. When they come back in New Zealand, she sees her friends. Only when he is at home. Her behavior is about power and control, not partnership and reciprocity. “

The court agreed to remove the teacher’s name as it would identify the former student, now his wife. He also deleted the name of the school.

He ordered the man to pay half the cost of the investigation and the hearing.