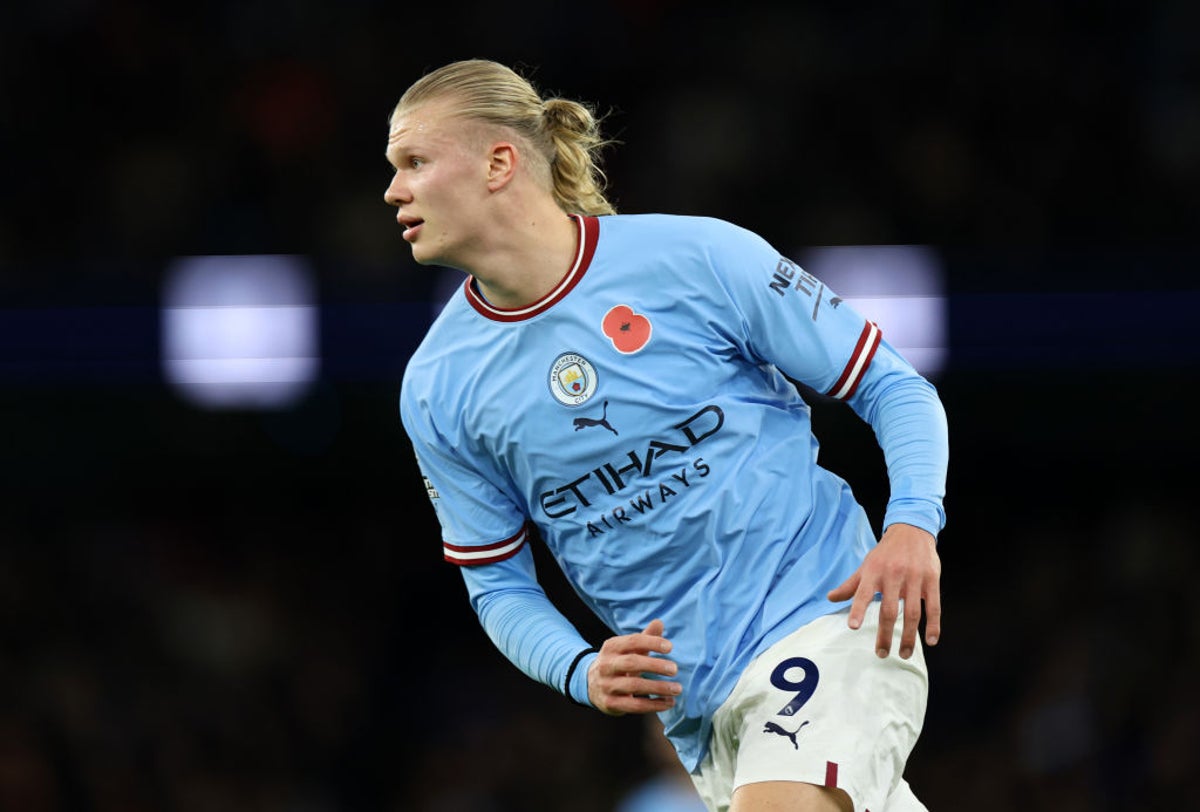 Erling Haaland remains an injury doubt for Manchester City’s home game against Brentford, in their last game before the Premier League pause for the World Cup.

Haaland missed City’s win over Chelsea in the Carabao Cup on Wednesday, with Pep Guardiola revealing he was still not over his foot injury, forcing him to miss two games.

Haaland had returned to score the winner against Fulham in City’s previous game, while the Premier League champions kept pace with Arsenal and extended their winning run at home.

Brentford, meanwhile, are winless in five and have scored nine goals in their last three games away from home. Thomas Frank’s team was knocked out of the Caraboa Cup by Gillingham on Tuesday.

When is Manchester City vs Brentford?

It will be shown live on BT Sport 1, with coverage from 11:30am. BT Sport customers can also stream the match live on the BT Sport website and mobile app.

Pep Guardiola has not confirmed whether or not Erling Haaland would be available, so the striker remains in doubt due to a foot injury. “We’ll see,” Guardiola said on Friday. “We have training this afternoon. He is a little better.” Kalvin Phillips is ready to start if needed, but Kyle Walker stays out.

Brentford striker Ivan Toney is available to lead the charge after a one-match suspension in the 2-2 draw at Nottingham Forest.