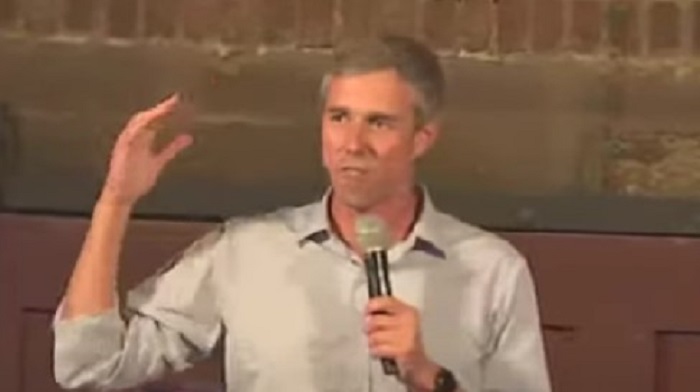 Senator Ted Cruz made fun of Beto O’Rourke late Tuesday night, sharing a meme suggesting the Texas Democrat might change his name and try to run for Senate in Louisiana.

The clumsy, lanky Democrat who talks with his hands has now lost races for the Senate, the presidency, and the governorship for the past four years.

Think of it as the Tiger Slam for losers.

RELATED: Cruz mocks Beto: He’s getting ready to get his ‘ass kicked’ for the third time

During his concession speech, O’Rourke indicated he wasn’t sure what his next move would be, though he vowed to “keep fighting” somehow.

“I don’t know what my role or yours will be, but I’m fighting for life,” O’Rourke said. Who knows what the future holds for us, right? But I just can’t thank you enough.”

Ted Cruz has an idea of ​​what the future holds for Beto.

Beteaux would fit right in the French Quarter. He is missing only a fake mustache, Inspector Clouseau hat and a Vespa scooter with the ‘BeteauxMax’ license plate.

Like his campaigns, this Cruz idea would be the third time O’Rourke should evolve, from Robert Francis to Beto O’Rourke and now possibly to Beteaux Perdante.

“Do you feel guilty about the millions of dollars you’ve wasted on your campaign?” pic.twitter.com/qTI21oPbzw

Democrats keep wasting money on him

Democratic donors continue to spend money on Beto’s campaigns, despite the fact that he is an obviously unlikely candidate.

This is a man who continues to shame himself, live stream his dentist appointment, dress up in a sheep mask and onesie for a punk band gig, or crash a press conference informing the public about an elementary school shooting.

In the lead up to the election, he produced this utterly chilling Tik Tok that apparently tried to appeal to the very narrow demographic of creepy stalker mimes who ride bicycles.

Dance out of time. Who made you shudder harder? Beto or Tim Ryan? pic.twitter.com/8ByQrLgCR0

O’Rourke was mocked on social media not only for his loss, but also for burning so many Democrat donations with nothing to show for it.

“Between his Senate and Governor races, Beto has squandered about $140 million in fundraising for Democrats… Congratulations!” comedian Tim Young wrote.

Between his Senate and Governor races, Beto has wasted approximately $140 million in fundraising for Democrats… Congratulations!

Ted Cruz predicted last week that Beto would “lose badly” on Election Day. And Cruzstradamus made it.

“When he launched his campaign for governor, reporters in the Capitol asked me what I thought,” Cruz explained. “I said, ‘Well, I think Beto wants to get his ass kicked for the third time.'”

Look at this, Beto actually got his ass kicked for the third time.

Personally, we hope he runs again, arms swinging and crazy eyes and all. Beto is an endless source of comic material.