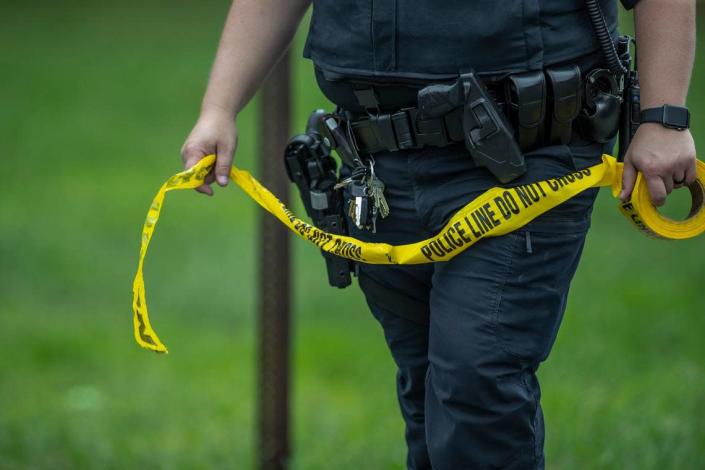 A 19-year-old man was arrested Saturday after allegedly throwing an explosive device at a group of female students at Murray State University.

Kentucky’s state police said the students were gathering outside a housing complex near the southwest corner of campus when a man approached them just after 9:30 a.m., threw a “‘Molotov cocktail’-like explosive device” at them, then into a vehicle fled.

No students were injured in the incident, but police said the suspect suffered burns to his hands.

He is charged with two counts of attempted first-degree assault and one count of possession of a destructive device.

State police said ATF is also conducting a separate investigation into the device.

The Murray Ledger & Times reported that the attack occurred “near Sorority Row as sorority members gathered ahead of the Lambda Chi Watermelon Bust event.”

A university spokesperson said in an emailed statement that the incident took place “at a student event”.

“Students may contact University Counseling Services at 270-752-6839 and [email protected],” the statement said.

Saturday was Racer Day in Murray State with “future students, families and guests” on campus, according to the university’s Facebook page.