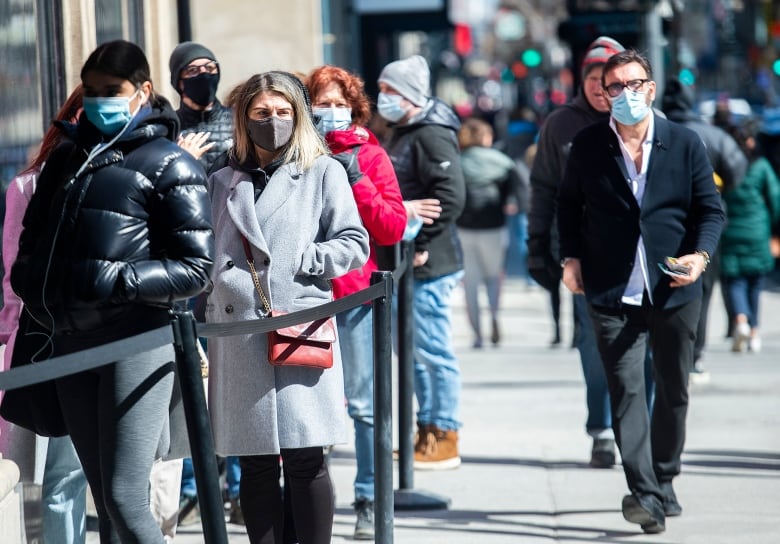 A 16-year-old Quebecer died of complications from COVID-19 in a pediatric hospital in Montreal last week. The teenager is the youngest person in the province to die of the disease.

Montreal public health officials said on Wednesday the death should not cause undue concern for school safety and illustrated how the city has managed to slow the spread of more contagious versions of COVID-19.

“I would tell parents that schools are safe and that there are more developmental benefits for our children to send them to school,” said Dr. Mylène Drouin, who heads the public health authority. from Montreal.

Deaths and hospitalizations from COVID-19 are extremely rare among adolescents and children. Only one other person under the age of 20 died of the disease in Quebec.

“The variants are more pathogenic and affect young people. We have seen deaths in young people before, but 16 is really very young,” Drouin said.

The provincial public health research institute, the INSPQ, reports that the death occurred on Saturday. The Sainte-Justine Pediatric Hospital in Montreal did not disclose any other details about the patient, including whether he had contracted a variant.

“People who die at a young age from COVID-19 are typically people who have significant co-morbidities,” a hospital spokesperson said in a statement confirming the death, which was first reported by the French-language TVA television network.

Stabilization of the spread of variants

On Tuesday, the provincial government announced that it was reintroducing a series of public health restrictions in the Montreal area in an effort to limit hospitalizations due to COVID-19 variants.

Among the reintroduced measures was that older high school students attend face-to-face classes every other day.

Drouin said this will facilitate efforts to prevent large outbreaks in schools. She noted that when variants began to appear in Montreal – B117 is the most common in Quebec – there were several major outbreaks.

But the city, together with provincial authorities, has taken an aggressive approach to cases where variants are suspected in schools. The presence of a case is enough to close a class. “We are now seeing much smaller outbreaks,” Drouin said.

She also said Montrealers, in general, respect public health measures and collaborate with contact tracing investigations. This has helped the city resist the spike in new infections that has hit other parts of the province, such as Quebec and Gatineau, she said.

But that doesn’t mean Montreal will be able to avoid a new wave of cases and hospitalizations. According to Drouin, recent modeling from the INSPQ indicates that cases could increase dramatically over the next few days, with hospitalizations at the end of the month.

And although severe cases of the disease remain rare in adolescents and children, the variants send more people under the age of 60 to hospital.

“What all the doctors tell us is that a lot more younger adults – people in their 40s and 50s – end up very sick in intensive care. And many of these people had no pre-existing pathologies, ”said Sonia Bélanger. CEO of the South Central Montreal Health Authority.