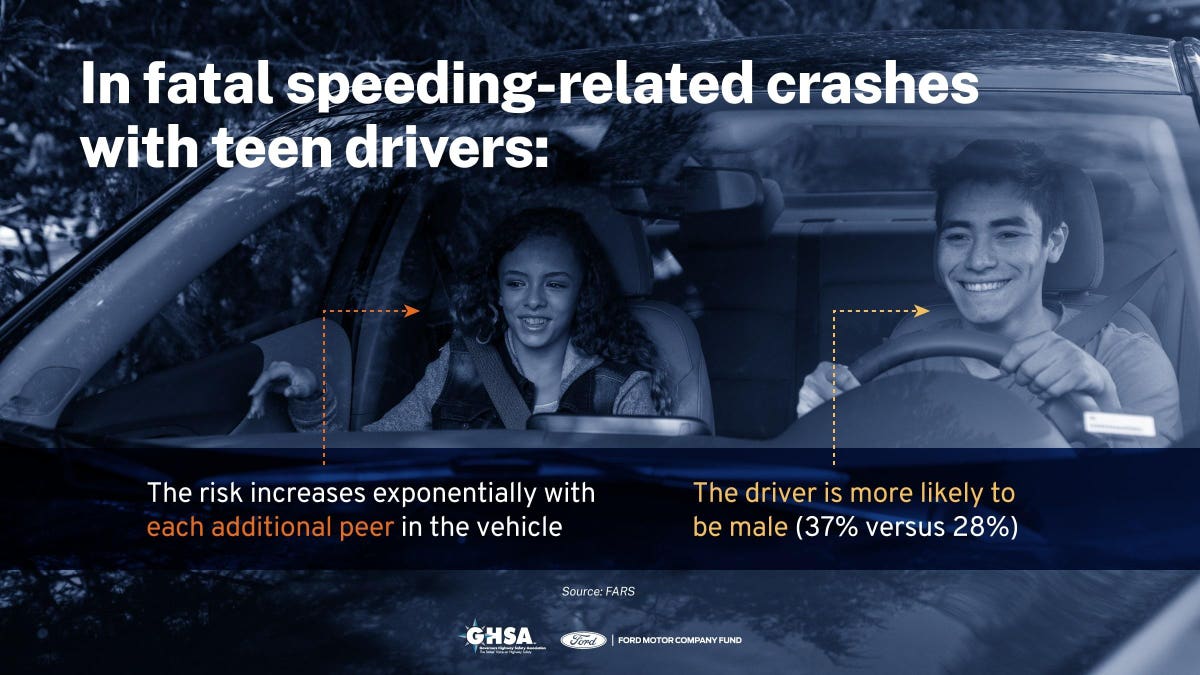 Traffic deaths have increased during the Covid-19 pandemic despite fewer drivers on the roads, and speed is seen as a major factor. It’s too early to know exactly how many of these deaths involve young drivers, but a new report has looked at the significant role speed has played in teenage driver deaths in recent years. Speeding is a risky behavior for any driver, but from 2015 to 2019, teens and their passengers accounted for a higher proportion of speeding-related fatalities than any other age group of motorists. – 43% against 30%.

These are the highlights of “Teens and Speeding: Breaking the Deadly Cycle,” which details the “disturbing and lingering trend” of teenage drivers speeding – and dying – on American roads. The report was released Tuesday by the Governors Highway Safety Association (GHSA), a nonprofit organization representing national road safety offices, in partnership with the Ford Motor Company Fund, the philanthropic arm of Ford Motor Company.

“Our country has a speed problem that has only worsened during the Covid-19 pandemic,” Jonathan Adkins, executive director of the Governors Highway Safety Association, said in a statement. “Thousands of people needlessly die on our roads because some drivers mistakenly believe that less traffic means they can speed up and nothing bad will happen. Data tells us that teenage drivers are the most likely to be tempted to speed up, so the need to address this issue is more critical than ever given trends in road fatalities during the pandemic.

The report outlined some of the main reasons for the high number of teenage driving deaths, which range from inexperience behind the wheel to the presence of teenage passengers. The risk of a teenager being involved in a fatal speeding accident, for example, increases exponentially with each additional peer in the vehicle. The driver is probably a man without a seat belt.

Practical tools and resources have been identified to encourage parents to get involved and tackle speeding and other safety issues, to help “get this deadly driving habit under control.” These include: becoming familiar with the state-certified driver’s license laws and making sure their teenager obeys them; sign parent-adolescent conduct agreements; ensure that adolescent driver education and training is completed and use on-board technology. Furthermore, the report highlighted how essential it is for parents to set good examples, as teens often learn bad habits from them and other adults.

“Teens don’t see speed as a serious problem,” Jim Graham, director of the Ford Motor Company Fund, said in a statement, “and parents probably don’t recognize how rampant it is for novice drivers, so teach them what impact is critical. “

For more information, click here and here. To learn more about a webinar based on the report, scheduled for February 4, 2021, click here.

Covid-19: Unclear if lockout rulebreakers will be investigated