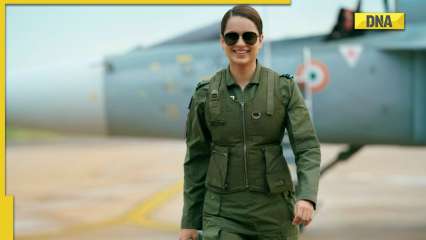 In December 2021, on the occasion of Armed Forces Flag Day, production house RSVP Movies announced that Kangana Ranaut starrer Tejas will be released on October 5, 2022, coinciding with the festival of Dussehra 2022. However, it is now reported that the film could be delayed. .

A source was quoted as telling Bollywood Hungama: “Tejas was set to come out in October. However, as the film is very VFX, there is still quite a bit of work in preparation. The work ahead isn’t much though, but it will be a while. So to avoid rushing the film, it was decided to postpone the release date.”

The source also added that the film, which marks Sarvesh Mewara’s directorial debut, will now be released in December later this year or January 2023, with no release date set yet. The production company RSVP movies, founded by Ronnie Screwvala, has yet to make an official announcement.

On December 7 last year, Kangana Ranaut, who portrays Indian Air Force pilot Tejas Gill, shared the film’s release date along with the caption, “Bringing to you the inspiring story of a woman who chose to rule the skies. An ode to the Indian Air Force, #Tejas releases in a cinema near you on Dussehra, October 5, 2022.”

Meanwhile, Kangana is now shooting her next directorial Emergency in which she portrays the former Indian Prime Minister Indira Gandhi. Apart from starring, Kangana has also directed and written the story of the film which she has also produced under her banner of Manikarnika films.

Before Emergency, Kangana co-directed Manikarnika: The Queen of Jhansi with Krish Jagarlamudi. The period drama released in 2019 was based on the life of Rani Laxmi Bai of Jhansi.

British pound falls to record high against the dollar

Ram Setu teaser: Akshay Kumar promises you this Diwali. to take on an adventurous ride