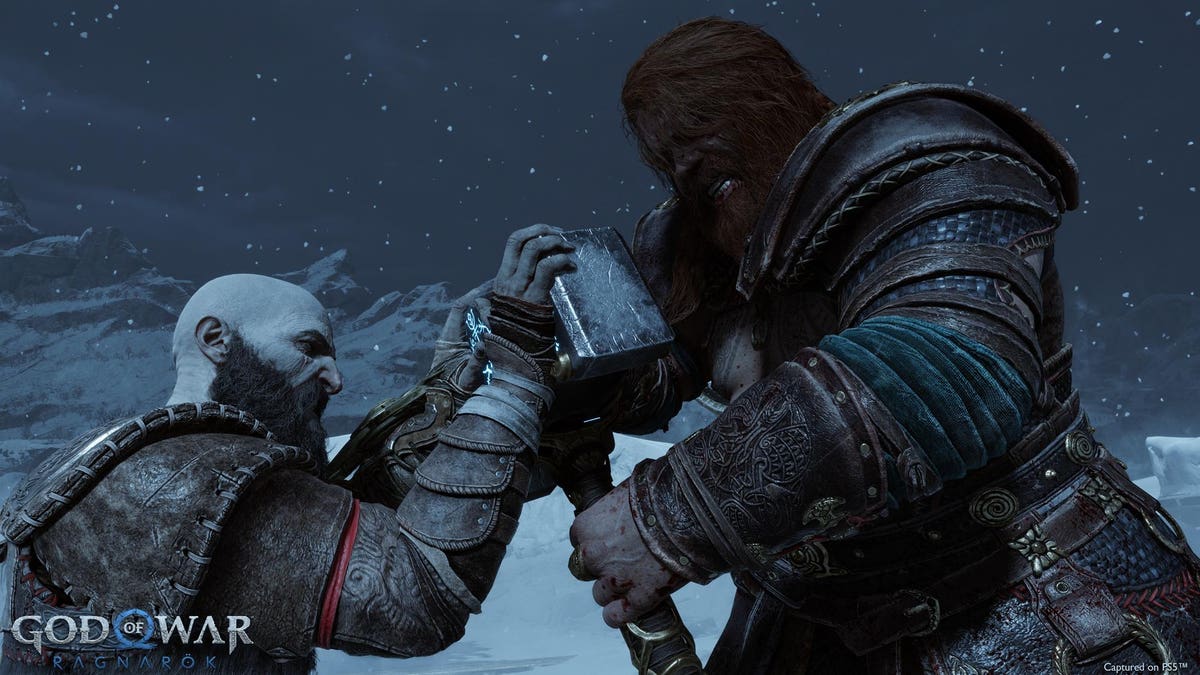 God of War Ragnarok has finally made its way to public release, managing to land before the end of the year and start the GOTY conversation with great review scores. We’ll see how many sales Sony pulls in here in a short time, but for now everyone is just jumping in and playing.

As someone who has already put 40 hours into my review copy of God of War, I have some advice for you as you get started. No spoilers ahead, just some gameplay tips that will help you have a better time.

Here are ten things I wish I knew when I started God of War Ragnarok:

1. You will end up with more XP and money than you know what to do with it

I think it’s important to know in advance how the economy of this game works. Basically, you don’t have to worry about what you’re spending XP or money on in the early parts of the game. Rewards scale, so you might get 1,000 XP or Hacksilver in early stages, but you get 100,000 if you complete missions and challenges towards the end of the game. So spend freely because at the end of the game you should be able to buy every major upgrade for yourself, Atreus and gear for both of you. There is no real bottleneck.

2. Diversify your battles to upgrade your skills

A new addition to God of War Ragnarok is that the more you use a skill, you can eventually upgrade it to increase its damage, defense, element, or other stats. As such, the more diverse you can make your battles over the ax and blades, the most common upgrades you’ll unlock, as opposed to just… parrying and doing small easy combos. Use all skills often!

3. Come back later for these puzzle obstacles

This isn’t exactly a new mechanic in video games, but let me be clear about some of the confusing things you can see on some early maps. There are two things, what looks like a small gust of wind coming out of a wall, and what looks like a yellow glowing spot, which you can’t interact with at first. You get a tool later in the story that overcomes these obstacles. Second, there are weird, floating, broken rune things around you. You have to progress the story to a certain point to learn how to use it. No amount of experimentation will get you past that sort of thing. It will be obvious when you reach the point where you can interact with them.

4. You Can Get Too Tall For Harder Mini Woods

There are new mini bosses that replace Valkyries that will eventually allow you to unlock battles on the map. I won’t say what they are, but many can be quite difficult. I found that the game for some of them was to ignore them and then circle back when Kratos and his gear were at a higher level because you can make them too high, they won’t grow with you. The same goes for things like combat challenges, most of which don’t fit your level.

5. Side Quests Are Essentially Not Optional

As my friend Gene Park noted in his review, the side missions here are almost on the level of The Witcher 3, if not over. As such, I really wouldn’t consider most of the bigger sidequests here to be optional. Some are obvious, like hacking all of Odin’s spy ravens, which are just collectibles. But things that are real sidequests are often hugely important story beats for specific characters in the game and shouldn’t be ignored. I would complete all the major sidequests before the finale to flesh out the full cast as best I can.

By the end of the game, you’ll likely complete enough activities to use a handful of full armor sets at their highest power. The final piece of the puzzle requires you to perform well in a final series of combat challenges that will push you to the limit for your breastplates. Side quests and challenges are also how you will reach the last few damage levels of your weapons.

7. You can and will return to almost all areas

You may be wondering if you have to do everything in some area or else you will miss out on content that you can’t finish later. With very, very few exceptions (a luscious realm that’s like a “pause” and I’d recommend doing all the sidequests), you’ll return to all the realms you unlock and be able to fully explore their mysteries. There is also no “point of no return” before the end of the game, another common question. You can keep exploring, albeit in a slightly modified way. You’ll see it.

8. My favorite armor set of all

There are many great armor sets that you can unlock, but my favorite was one made by a dwarf blacksmith that could be crafted quite early in the game. It gives your fists poison damage when attacking unarmed enemies, then a massive 40% melee damage bonus against poisoned enemies. So I would often throw my axe, have it stabbed into an enemy and then stomp them down with my fists for massive damage. I used this for probably 80% of the game and it was my main set.

In Ragnarok, Rage is a bit different now because you will have three different skills that come out of it. One is pure healing, the other is damage and healing, the other is pure damage. Each of these has three levels that you can only upgrade through XP to increase their potency, and since they’re not in the skill tree and no pieces of equipment, it’s something that can easily be overlooked. But they are very important upgrades.

There are many more combat rewards for diversifying your weapon choice in this sequel. At baseline, both the ax and blades gain an ability where the blades deal more damage to frozen enemies and the ax more damage to burning enemies, so you’ll want to trade often. Later, I unlocked armor sets that rewarded you for quickly using special action abilities for various weapons. There is a lot of such synergy, so watch out for it, in addition to certain enemies who are weak to different types of weapons, similar to the previous game.