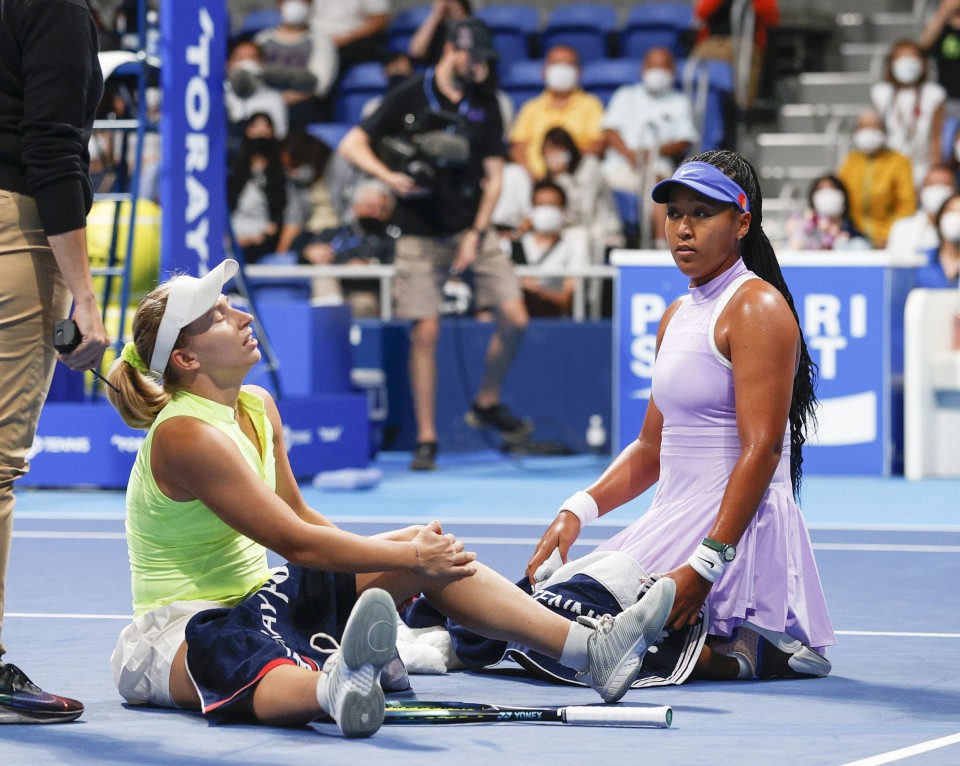 Host nation favorite Naomi Osaka advanced to the second round of the Toray Pan Pacific Open on Tuesday, as her Australian opponent Daria Saville had to retire early in the first set with a knee injury.

Saville fell in pain on the court after hitting a forehand in her first service game at Tokyo’s Ariake tennis park. It happened after defending champion but unseeded Osaka, 48th in the world, kept her serve in the opening game.

Japan’s Naomi Osaka (R) watches as her Australian opponent Daria Saville is hurt on the court during their first round of the Toray Pan Pacific Open tennis tournament in Tokyo on September 20, 2022. (TBEN)

The former world No. 1 and winner of four Grand Slam singles titles then takes on fifth-seeded Brazilian Beatriz Haddad Maia, the 6-4, 6-2 winner of Japan’s Yuki Naito.

“I feel really bad right now because it’s clear how it ended,” Osaka said. “I’ve been injured for most of the year so I know how it feels. I just want to clap for her because she’s a really great player.”

The tournament will be held for the first time since 2019 after a two-year hiatus from COVID-19.

In other first-round matches, sixth-seeded Karolina Pliskova of the Czech Republic drove to a 6-2, 6-1 victory over Isabella Shinikova of Bulgaria.

Naomi Osaka learns painful lessons, plays by ear for the rest of the season

Tennis: Osaka loses to China’s Zhang in western and southern first round

Tennis: Naomi Osaka loses to Gauff in 2nd round of Silicon Valley Classic