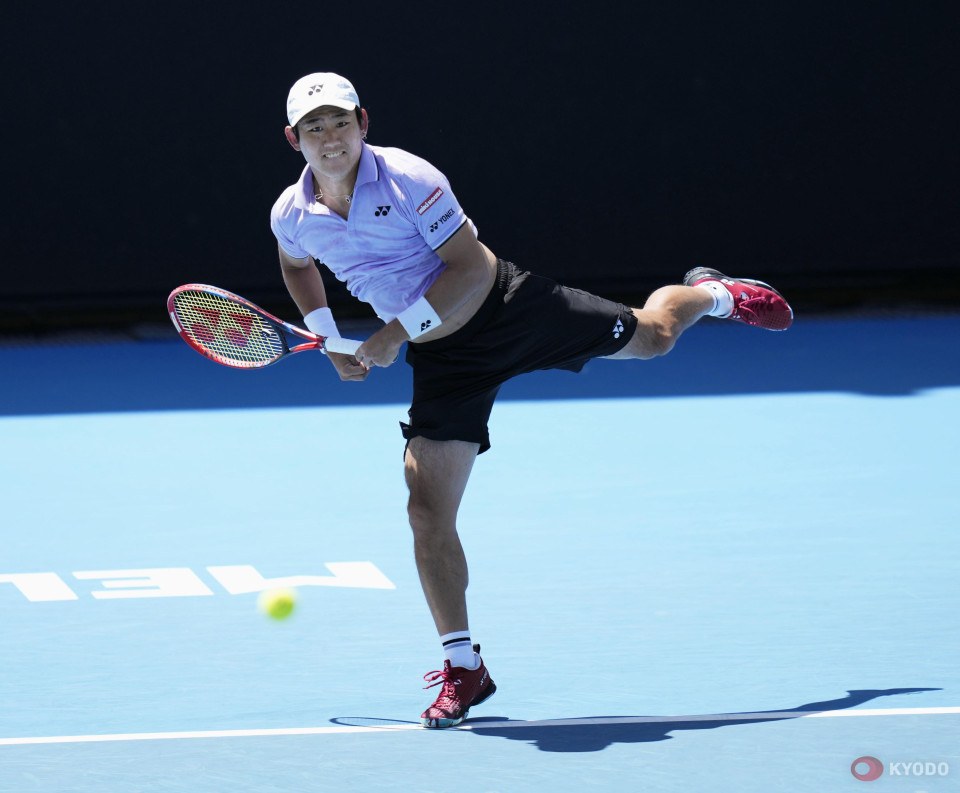 Japan’s Yoshihito Nishioka reached the fourth round of a Grand Slam tennis tournament for the first time in his career on Friday with a straight-sets victory over Mackenzie McDonald of the United States at the Australian Open.

The 31st seeded left-hander Nishioka won 7-6(6), 6-3, 6-2 at Melbourne Park, converting six of 16 break points while being broken twice. McDonald, who upset the injured Rafael Nadal in the second round, made 53 unforced errors to Nishioka’s 33.

Nishioka won the first set tiebreak as he went to the net, and McDonald’s forehand went wide.

Japan’s Yoshihito Nishioka is pictured in action against Mackenzie McDonald of the United States in the third round of the men’s singles at the Australian Open tennis tournament in Melbourne on January 20, 2023. (TBEN)

The 27-year-old jumped out to early breaks in the next two sets and never looked back.

“It’s great to reach the round of 16 for the first time in my Grand Slam career,” said Nishioka. “It was my first goal this year.”

Nishioka was happy with the result, but not with how he played, saying “I was tighter than I expected. It wasn’t good tennis. I want to take a good look at myself.”

Nishioka became the third Japanese to advance to the fourth round of a Grand Slam event since the start of the Open era in 1968, after Shuzo Matsuoka and Kei Nishikori.

Japan’s leading men’s and women’s players are both absent from the Australian Open.

The injury-prone Nishikori remains sidelined, while two-time Australian Open champion Naomi Osaka is expecting a baby and has indicated she will return to court next year.

Manila hopes to evict the Japanese robbery suspects by the 2nd week of February.