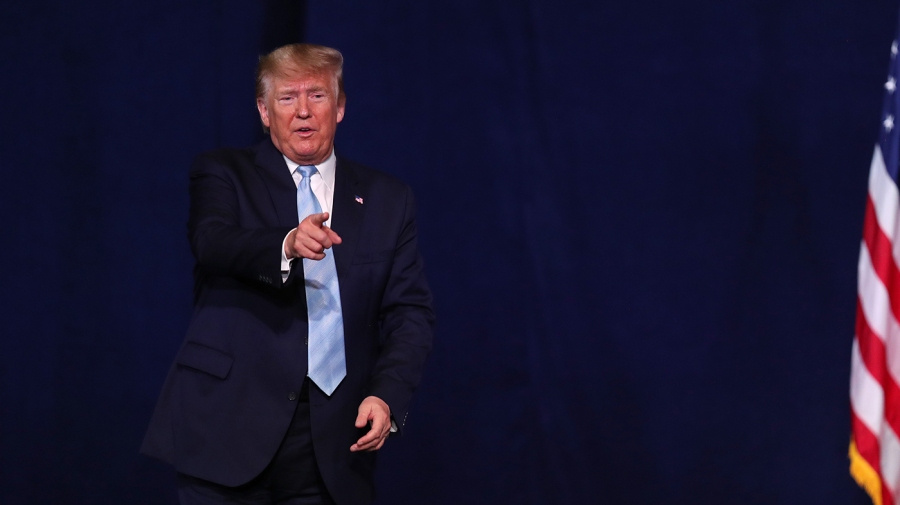 Tensions between Donald Trump and evangelical leaders have spilled over into the public eye and pose a potential threat to the former president’s 2024 election chances.

In an interview earlier this week, Trump said evangelical leaders are showing “signs of disloyalty” as they have yet to approve his third presidential bid.

The comments highlighted the changing dynamics in GOP politics as leaders of one of Trump’s most supportive demographics appear to be moving away from the former president.

“It’s going to be uncomfortable for evangelical leaders in the coming months because they essentially have to answer that question: are you for Trump or not?” said David Brody, the chief political analyst at the Christian Broadcasting Network, who conducted the interview with Trump.

Pence is a potential Trump rival in 2024 and Jeffress has been a longtime Trump supporter, but he has notably delayed his support for next year’s presidential election.

But in an interview with The Hill on Friday, Jeffress said he believes the former president will be the GOP presidential nominee in 2024 and that his decision to delay the president’s endorsement is “just a matter of timing.”

“I just don’t see the need to give official approval in two years,” Jeffress said.

“Let me get down to business,” he said. “I think President Trump is the presumptive candidate for 2024. I expect he will be the candidate in 2024 and I think he will be the next president of the United States.”

However, Jeffress said that if Pence decides to compete in 2024, he will be “a strong contender”.

The conservative voting bloc was drawn to Trump for his stances on issues such as abortion and immigration. Trump, who has appointed three conservative Supreme Court justices, is largely credited with initiating the quashing of Roe v. Wade — one of his key campaign pledges.

“He’s very action oriented and so if he made promises and kept those promises, which he did for four years, he’s going to say ‘well what’s the problem here?'” Brody said.

While notable group leaders are choosing to hold off on backing the former president — despite him keeping those promises — many are now wondering if it’s a signal that Trump’s support among evangelicals is softening ahead of the Republican primary in 2024.

“I don’t think Trump is helping himself here,” said Robert Jones, founder of the nonpartisan Public Religion Research Institute. “Trump didn’t really get the votes of white evangelicals through white evangelical leaders in 2016.”

Jeffress publicly broke with Russell Moore, then president of the Southern Baptist Convention’s Ethics and Religious Liberty Commission, over Trump in 2016. Moore was an outspoken critic of the then-GOP candidate, while Jeffress embraced him.

“If you had just listened to evangelical leaders, you would have thought there was a great division in the evangelical community over this,” Jones continued. “When it came time to vote in the primary, the white evangelical constituency naturally handily backed Trump.”

“There was never a division on the ground like there was between evangelical leaders,” he said. “I think Trump himself misunderstands the dynamic that evangelicals never waited for their leaders to tell them who to vote for.”

Brody said mainstream evangelical leaders and voters have also been undeterred by the controversies that have dogged Trump for decades, arguing that they always knew what they were signing up for.

There is a trend in some early polls that Trump’s support is wavering among Republican voters as Florida Governor Ron DeSantis (R) gains power. Forty-nine percent of Republican primary voters said they would support the former president in 2024 and 54 percent of Evangelical voters said they plan to support him in his third bid, according to a New York Times-Sienna College poll that was published in October ahead of the election. midterm elections.

But if multiple Republican contenders jump into the primary, which it likely will, evangelical support could be divided.

“Evangelicals are going to have to make a decision and Trump will probably lose some of that support,” Brody said.

And experts say they doubt Trump’s support among evangelical voters themselves will suffer drastically any time soon.

“If you look at Trump’s preference numbers, they’ve come down a little bit since he was in office among white evangelicals, but not very much,” Jones said. “For me, unless the numbers look significantly worse than they did in 2016 for him, I wouldn’t count him, and they don’t.”