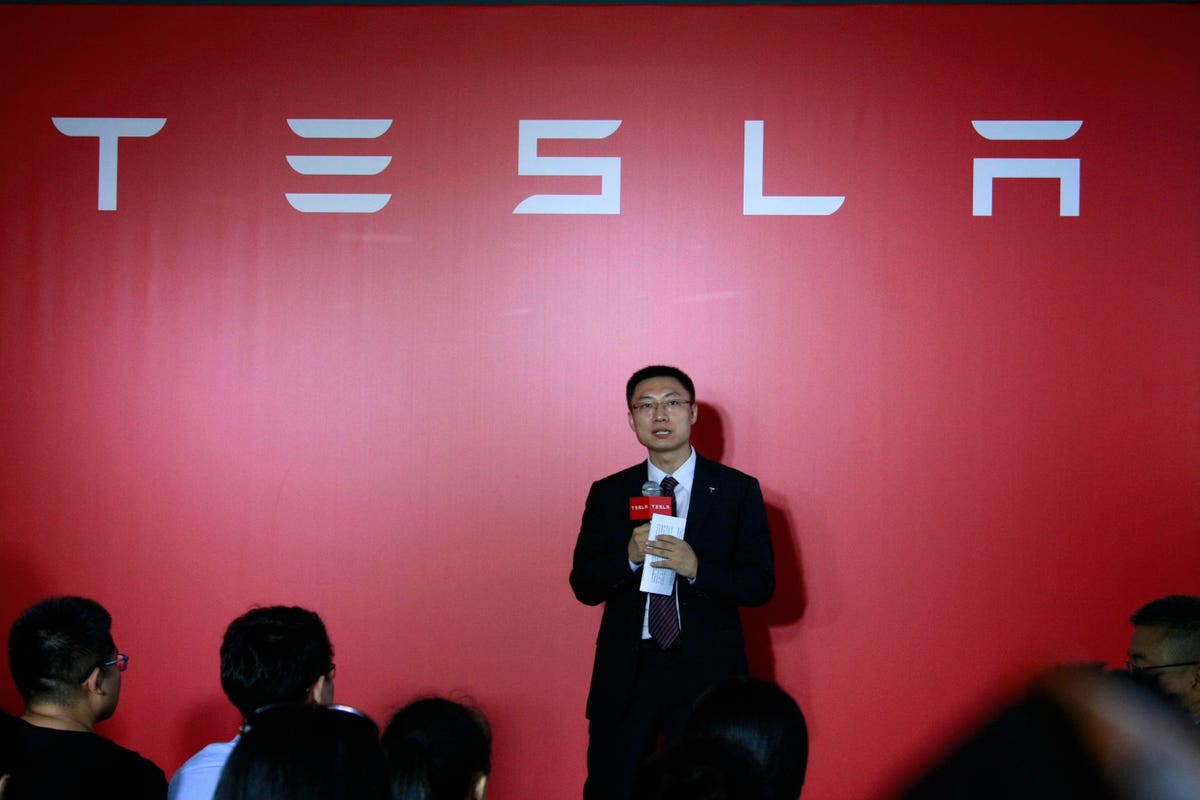 Tesla has been in the news in recent months for a variety of reasons, ranging from AI day (where they launched a kind of humanoid robot) to the antics of CEO Elon Musk’s purchase of Twitter.

In the most recent news, Tom Zhu has been promoted to the second most senior position in the company after Elon Musk.

According to a recent Reuters exclusive, it was revealed that China chief Tom Zhu was promoted to oversee Tesla’s US assembly plants and sales operations in North America and Europe. Zhu’s title of Vice President for Greater China has remained the same and he will take on these additional responsibilities in addition to his current role. Let’s take a look at Tom Zhu’s promotion to see what it means for Tesla’s future.

Who is Tom Zhu?

Tom Zhu is now the most senior executive at Tesla after Elon Musk. In an interesting contrast to Elon Musk, Tom Zhu has actually made very few public appearances since joining the electric vehicle maker in 2014.

There is not much public information about his personal life or even his age. Reports indicate he was born in China, but there is no confirmation if he still holds Chinese citizenship as he also holds a New Zealand passport. Zhu is credited with how strongly the Shanghai factory was able to recover after COVID lockdowns in China halted production for many companies.

According to his social media accounts, he received his undergraduate degree from Auckland University of Technology in 2004 and an MBA from Duke University. Before joining Tesla, Zhu ran a project management consultancy where he advised Chinese contractors looking to expand overseas.

Stories have emerged that during Shanghai’s two-month COVID lockdown, Zhu was one of the first workers to start sleeping at the factory so that business could continue to run smoothly. With a short cut and a tendency to wear Tesla-branded fleece jackets, Zhu is known for his modest living situation, having lived in a government-subsidized apartment near the Shanghai Gigafactory. There is no indication if Zhu will have to move because of this promotion.

What does this promotion entail?

Tom Zhu will now take charge of Tesla’s top production plans as the EV maker prepares to launch the Cybertruck and a new version of its Model 3 sedan. Tesla has also hinted that it will produce a lower-cost version of its electric car, but no other details have been revealed.

One can only speculate what this means for Elon Musk, who has been enthralled by Twitter for the past few months. Many investors and analysts have become concerned about how involved Musk has become in all the drama behind the social media platform.

Who will report to Tom Zhu?

Tesla country managers in China, Japan, Australia and New Zealand will continue to report to Zhu. The Tesla executives now reporting to Zhu include:

We will update this information if a public org chart is released or updated in the coming months.

As we discuss Tom Zhu’s promotion, we can’t ignore the importance of Tesla’s success in China. In 2019, the Shanghai Gigafactory was built in 10 months, which was 65% cheaper than the Model 3 production plant in the US. A few years later, this became the largest EV production plant in the world. When Tesla delivered 936,000 vehicles worldwide in 2021, it was reported that more than half of these came from the Shanghai factory.

What will happen to Tesla shares?

We’ve discussed Tesla’s stock at length and the company isn’t doing well as the stock price continues to fall. Tesla’s share price currently stands at $113.06, about 68% lower than a year ago. Investors have become frustrated as Tesla continues to lose its market cap.

While we’ve often referred to the challenging macroeconomic landscape for many stock prices that have fallen sharply over the past year, there have been other issues besides the impending recession that have affected Tesla that we can’t ignore.

Just a few months ago, Musk was deeply involved in Tesla’s AI Day, where the company focused on recruiting top talent in the field while discussing the future possibility of a robot tax service.

Today, Musk has been involved in Twitter and various controversies surrounding that platform. While the social media antics amuse some, investors are getting tired of them. Musk’s transition to his Twitter ownership has been a bumpy one, with many major advertisers pulling out of the platform because of his decisions. As Twitter continues to lose money, Musk has diluted his focus by spending time getting the platform back to where it was rather than putting energy into his role as CEO of Tesla.

Expectations are not met

Elon Musk and Tesla have made many bold promises that have yet to materialize as investors wait patiently for results. Recently, Tesla revealed that they delivered 405,278 vehicles in the fourth quarter of 2022, which was lower than Wall Street estimates. Moreover, production of the Tesla Cybertruck was supposed to start in 2021, but it has been revealed that production will not start until 2023. Delivery of the Tesla Semi did not begin until 2022, despite promises to roll out the product in 2019. .

Problems at the factory in China

Tesla released a report in late December that said the company would run at reduced capacity at its Shanghai factory. Some analysts expressed concern about the capacity decline, citing that it could be due to declining consumer demand as recession fears loom over us.

All this negative information has led investors to sell shares of Tesla, and fears are growing that the company will face an uphill battle to return to its former glory.

As Tesla’s share price indicates, the company has seen better days and investors are discouraged. As Tesla’s stock continues to fall, some analysts are optimistic that the company can recover in 2023. There could be many major innovations coming to the market in the near future, but there are still concerns about investments in clean energy in the near term.

If you’re hesitant to invest in EVs or clean technology, we have good news. Q.ai offers investment kits that monitor and adjust to market changes on a weekly basis using AI technology. One of the available Investment Kits is specifically aimed at Clean Tech. You can also activate Portfolio Protection at any time to protect your profits and reduce your losses, no matter what sector you invest in.

Shares of Tesla have fallen sharply over the past year and there are no guarantees that the company will bounce back any time soon. The harsh reality is that investors in Tesla could continue to lose more money in 2023 as Elon Musk has not indicated whether he will leave Twitter. We urge you to do your own due diligence before investing in the electric vehicle manufacturer, even if you are a supporter of the clean energy revolution.

The Fed and the stock market face a showdown this week. What’s at stake.