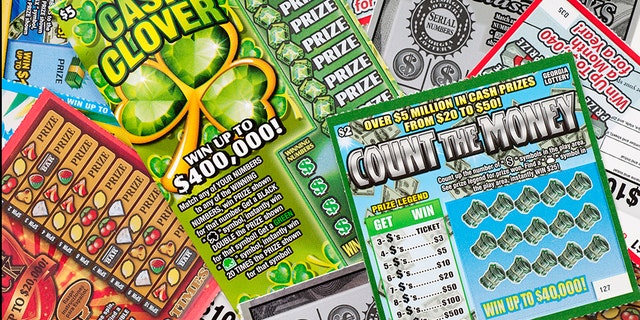 A Houston, Texas woman pleaded guilty this week to stealing a $1 million “scratch” lottery ticket from her cousin and taking the $500,000 lump sum payout in November 2020, according to the Nassau County District Attorney, New York.

A couple in Michigan nearly missed out on winning $2 million on a scratch off lottery ticket after the woman who received the ticket thought it was a dud.
(iStock)

“This defendant thought she had hit the jackpot when she passed on her cousin’s $1 million winning ‘scratch’ ticket for her property and claimed a lump sum of more than $500,000,” Donnelly said in the release. “But her greedy actions also meant the end of her happiness, and now she will serve a prison sentence for her crime.”

A joint investigation by the Glen Cove Police Department and Donnelly’s office revealed that on October 28, 2020, the victim, Argueta’s cousin, purchased a $5 Hod ‘Em Poker scratch card from a convenience store in Glen Cove. When the victim scratched off the ticket, it revealed a $1 million prize.

The district attorney’s office said the victim asked Argueta to claim the prize on his behalf to remain anonymous, promising $50,000 of the prize.

A sign is displayed near scratch cards at a Lukoil service station where the winning ticket for the Mega Millions lottery draw was sold, Saturday, March 31, 2018, in Riverdale, NJ
(The Bharat Express News)

ALSO READ  How America Would Be Screwed If China Invaded Taiwan

Argueta, who lived in Virginia at the time, agreed to claim the prize on behalf of the victim and drove to New York to collect the winnings.

At that time, however, the New York State Gaming Commission was not personally accepting winning tickets, so the Argueta sent the ticket to the commission on November 13, 2020.

Within weeks, Argueta reportedly went to deliver the NYS Lottery paperwork to her cousin, who said the prize winnings totaled $20,000. Along with the paperwork, she handed her cousin an envelope containing $13,436 in cash, saying the rest was withheld for taxes.

ALSO READ  What the Bloody Hell is 'The Great British Baking Show: The Professionals' on Netflix?

The victim found a press release from the NYS Lottery website that said Argueta claimed the $1 million prize and received an after-tax lump sum of $537,440, the district attorney’s office said.

The prosecutor added that the victim called Argueta, who said she had run out of money and would take legal action if she continued to call her.