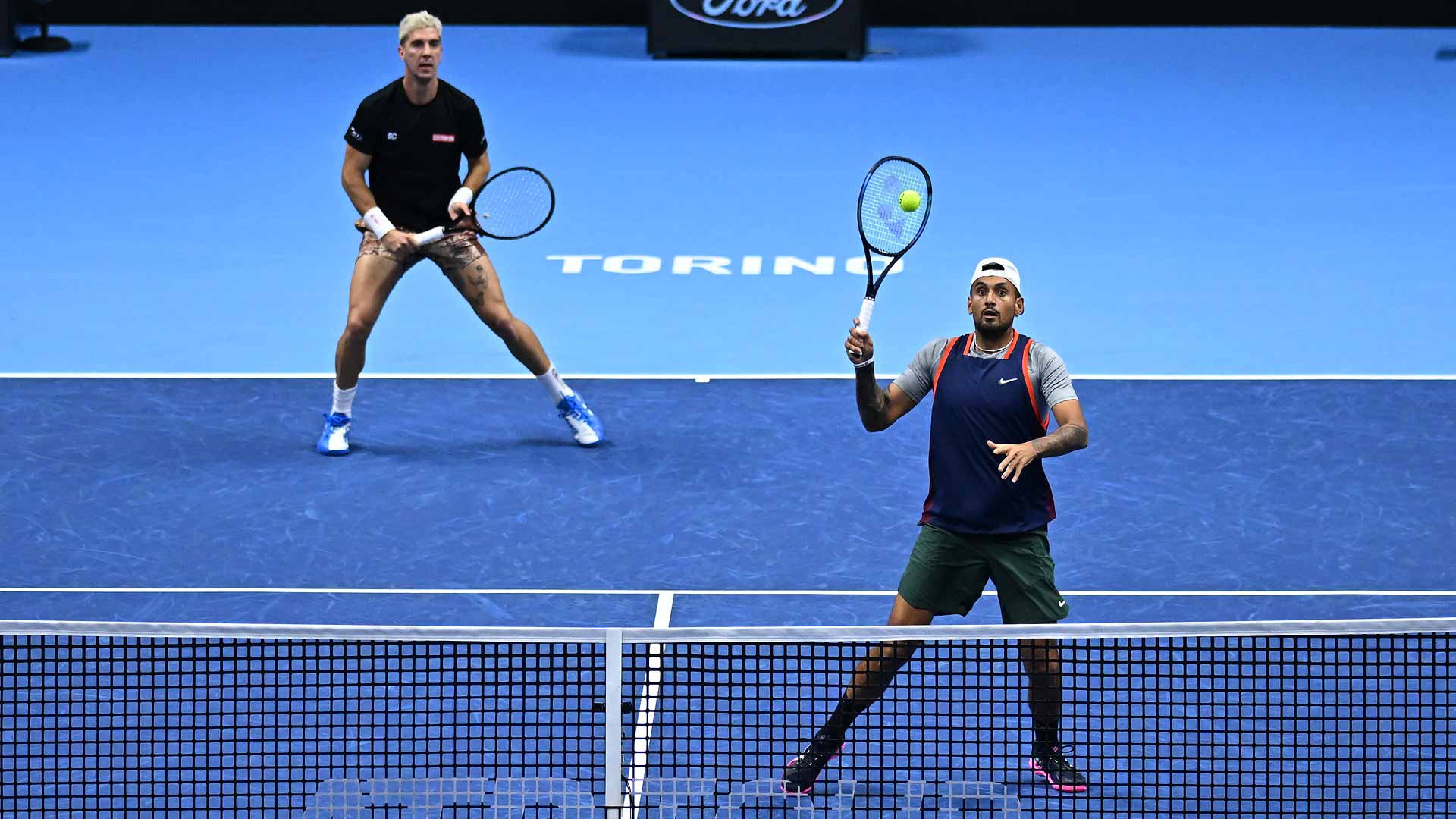 After a slow start in the Green Group clash, the eighth seeded fed on the energy of an increasingly rowdy Pala Alpitour crowd as they rallied from 1/5 in the Match Tie-break to take a 3-6, 6-3, 10-6 victory in the prestigious season finale.

“I thought to myself, ‘If we lose today, we will [would be] of the whole event, so I’m going to go out and do what I can do,” said Kyrgios. “We are the pair that are able to do that pretty much every time we play, so why not use that to our advantage. The audience was great and they won us over.”

Gaining momentum towards the end of the 81-minute encounter, Kokkinakis and Kyrgios enjoyed the fan noise in the Pala Alpitour. The pair won nine of the last 10 points to take a stunning victory that saw them save four of five break points.

After Dodig and Krajicek broke Kyrgios’ serve in the second game of the match, the Croatian-American pair was clinical in sealing the first set. It was Krajicek’s double fault at 4-5, 40/30 that proved crucial in the second as Kyrgios fired a stylish forehand pass on the ensuing deuce deciding point to finish off what turned out to be a thrilling Match Tie-break to force.

ALSO READ  Andrey Rublev: 'I hope I can learn a big lesson from this game' | TBEN | Tennis

The win was crucial to Kokkinakis and Kyrgios’ chances of reaching the semi-finals on their tournament debut in Turin. The pair now have a 1-1 record in the Green Group and will meet Nikola Mektic and Mate Pavic in their final round-robin match on Friday.