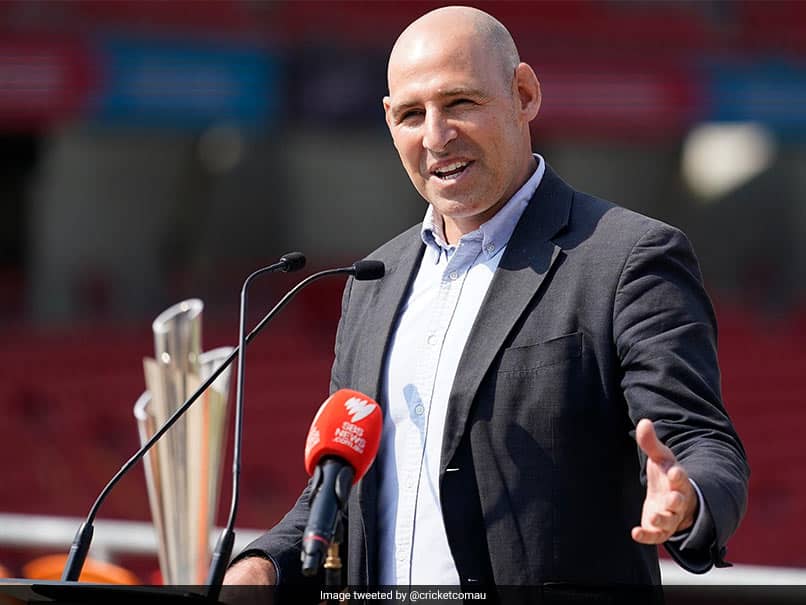 Nick Hockley said Cricket Australia is delighted the players have returned home safe and sound in the Maldives.© Twitter

Acting Cricket Australia CEO Nick Hockley said on Monday he was grateful to the Cricket Control Board of India (BCCI) for ensuring Australian players reach their homes quickly and safely from the Maldives. The 2021 Indian Premier League (IPL) season was put on hold on May 4 due to an increasing number of Covid-19 cases and the entire Australian contingent had traveled to the Maldives due to a ban on travel from India. Thirty-eight members of the Australian contingent stranded in the Maldives returned home on Monday. Chennai Super Kings (CSK) batting coach Michael Hussey, who had tested positive for Covid-19 in India, is also expected to reach Australia on Monday via a separate flight.

“We are delighted. We are really grateful to the BCCI for getting them home quickly and safely. I haven’t spoken to them since they landed, but obviously we’ve been texting and I’m sure they are. ‘They I’ll be very relieved and very grateful to be home,’ said Hockley, as quoted by Sydney Morning Herald.

Over the past week, Sandpaper Gate has again become a huge talking point after Cameron Bancroft suggested that more than three people (Bancroft, Warner and Smith) were aware of the issue.

When asked if he heard what Bancroft said, Hockley replied, “No.”

Hockley was also said to be optimistic about Australia’s next limited series against the West Indies.

“We plan each tour as we go. We have a little bit of time now before the West Indies. International cricket will have to support each other, we saw last summer, with India coming here, what a great series. it was, and we are committed to supporting other cricket nations around the world, ”Hockley said.

ALSO READ  ANG vs NZ: Hard blow for the Kiwis as THIS star player was excluded from the 2nd test; WTC final participation uncertain

Earlier this year, Australia called off the series against South Africa due to the increase in COVID-19 cases. As a result, Australia did not have a chance to boost their points in the World Test Championship (WTC) standings.