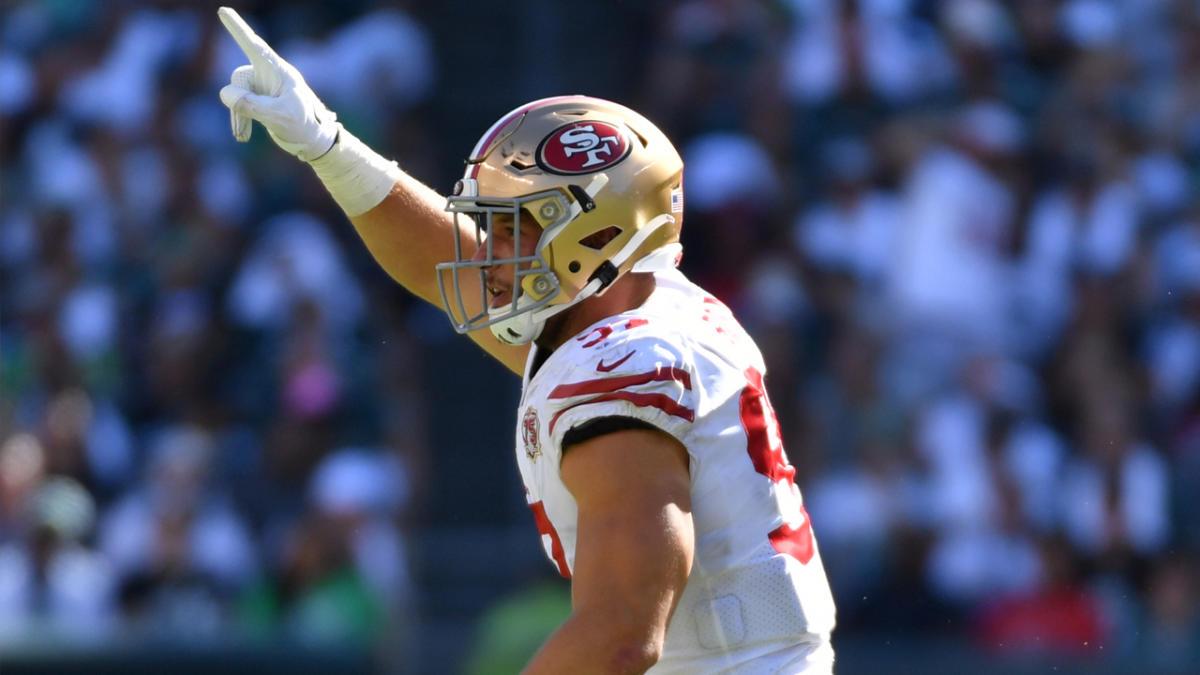 While 49ers edge rusher Nick Bosa didn’t have to rehabilitate a torn left ACL this off-season, the 24-year-old is still unhappy with the role played by artificial turf in his injury.

Speaking to Albert Breer of Sports Illustrated, Bosa expressed his frustration with grass and how playing on this surface is a real problem in the NFL.

“I really think FieldTurf is a problem in the NFL,” Bosa told Breer in the latest issue of Monday Morning Quarterback. “And the turf I played on in New York was brand new. It was super soft and apparently they rolled a cement roller on it twice after the game because we had two ACLs and a bunch of other injuries. ”

The NFL Players Association has presented data showing that players have a 28 percent increase in non-contact lower limb injuries while playing on artificial turf.

In addition, Bosa believes that if the NFL took player safety into account with regard to the field surface, they would play on grass instead of synthetic turf, which most teams use.

The 49ers edge rusher cites how football clubs in top European leagues have their players on the grass weekly during their season as an example for the NFL to replicate.

Bosa doesn’t just express his frustrations to Breer; the 49ers defense lineman has put his words into action. In February, he petitioned the NFL switch from grass to grass.

“Every player is one game away from changing his career forever when he plays on grass,” Bosa tweeted. “I experienced the bad side of this and it could have been prevented.”

The 49ers edge rusher isn’t alone in this battle for grass in all NFL stadiums: teammates George Kittle and Deebo Samuel have backed Bosa and called on the league to make changes to protect players from career-changing injuries.

It’s up to the NFL to listen and adjust the fields in the league.