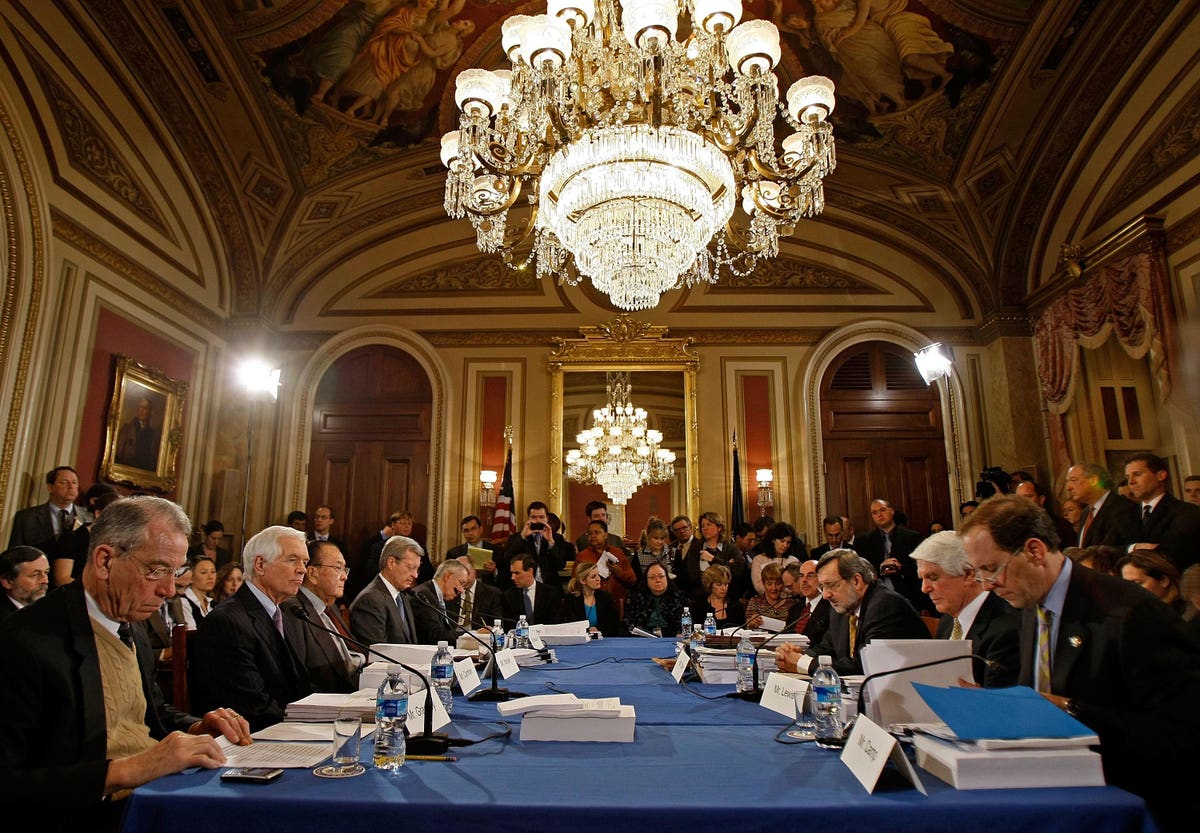 About a decade ago, the 112th Congress ended the practice of budget allotments, legislation passed for the benefit of a single beneficiary, included in appropriation bills. This has been widely hailed as a step towards good governance. Assignments are awards given without objective outside scrutiny, rewarding the most attracted members of Congress or organizations with the best lobbyists, with merit playing virtually no role in the dispersal of grants. Postings have been widely decried as an incumbent protection device, the use of taxpayer dollars to further support members of Congress, typically members of the House or Senate appropriation committees. Certainly, some scholars believe that assignments more clearly tie the political process to the will of the people and even meet their needs better than so-called merit-based grant selections made by unelected bureaucrats. But the assignments were clearly much more popular with outgoing members of Congress than with US government students or even the general public.

Sadly, the unaffected era that incumbent lawmakers disliked couldn’t last forever, so Congress, led primarily by the House of Representatives, restored them this year. According to Within higher education, the House approved some 228 credits for universities, sponsored by 178 House members, including 126 Democrats and 52 Republicans. Some particularly well connected members included several projects, but a significant majority (over 250 congressional districts) were left out. In total, $ 272 million is involved, and it is hard to believe that after Senate action the numbers will not increase, as the Senate’s thirst for sauce likely equals that of the House.

The schools designated so far to receive awards literally range from “A” to “Y”. First, in alphabetical order, Adrian College in Michigan, which is expected to receive $ 300,000 for any “major shared partnership program” sponsored by Republican Tim Walberg. Finally, in alphabetical order, York College at the City University of New York, which won two awards thanks to Democratic Representative Gregory Meeks, one for $ 2 million for an initiative on “health disparities”, the other for $ 525,000 for workforce development programs.

I think that one could legitimately wonder whether government aid to universities should be administered in large part by the federal government. Our uniquely American higher education system is made up of thousands of universities and 50 state-level systems. Federalism allows experimentation, different approaches to education, allowing the “laboratory of democracy” that Supreme Court judge Louis Brandeis so clearly articulated. Therefore, an alternative approach would be for the federal government to provide grants to states based on college enrollment, and then for state higher education authorities to distribute funds to specific institutions, as people with more knowledge. local school circumstances might make better allocations. Enrollment-based state block grants would shift allocation decisions to individuals with a better understanding of local conditions.

Another problem that is largely overlooked is the track record of schools in using government grants. How do students in schools that receive large government grants fare compared to those who receive little or nothing? Shouldn’t there be some sort of minimum performance standards? Shouldn’t schools performing poorly with previous grants be penalized for this? In short, shouldn’t schools have “the skin of the game?

Other problems also arise. Should the subsidies go to so-called “private” schools as well as to public institutions? Is the designation “public” vs “private” really a little archaic given that so-called “private” schools often receive large amounts of federal research funds as well as tax breaks that are particularly beneficial to them? Schools like Hillsdale College that are truly “private” in the sense that they do not receive federal money directly or indirectly are a rarity.

In addition, there is a larger macroeconomic problem: Can the United States, which runs multibillion-dollar federal budget deficits representing about 5% to over 10% of our national production in good times, can they? to afford assignments. Inflation is already skyrocketing. Even traditional Keynesian economic analysis would call for moderating “aggregate demand” by reducing public spending in times of inflation like this. Do the proven economic truths no longer apply? Personally, I think they probably do. But don’t hold your breath: Postings are politically popular in the short term, and in the long term, we’re all dead.

From gold medals to graduation dresses: meet the Olympians who also studied in business school

From Sputnik to Sallie Mae: A New History of Federal Student Loans