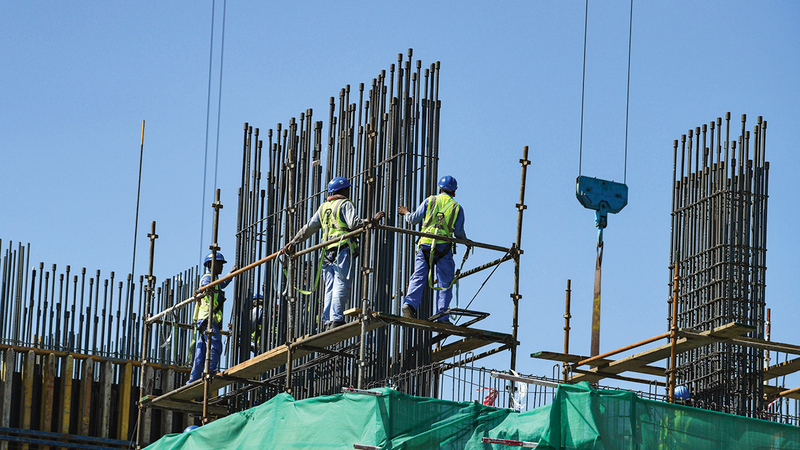 The decision to ban the performance of work under the sun and in open places will expire, starting from the end of official working hours next Thursday.

The decision entered into force for the 18th year in a row, on June 15.

The Ministry of Human Resources and Emiratisation confirmed the commitment of private sector establishments to implement the decision, noting that it represents one of the most important human rights practices that characterize the UAE labor market, as it aims to protect workers from the risks of heat exhaustion diseases.

The Acting Assistant Undersecretary for Inspection Affairs, Mohsen Ali Al-Nassi, stressed that the state’s success in implementing the decision to ban work at noon is a clear evidence of the strength of cooperation and partnership between it and private sector institutions, and it also reflects largely the importance of the societal role in monitoring and protecting workers’ rights, in order to ensure To raise the humanitarian role of society and its various institutions, pointing out that the mechanism for implementing the “noon work ban” this year included a package of preventive measures and controls aimed at protecting workers from exposure to direct sunlight and stress.

ALSO READ  A young man pays a woman 350 thousand dirhams for the preparations of the engagement... and discovers that she is married

Al-Nassi said, in the official blog of the ministry, that “the ban on performing work that is performed under the sun and in open places, represents a main pillar within the occupational health and safety system applied by the ministry, with the aim of providing a safe work environment that preserves the safety of workers in the UAE.”

He added that the establishments’ adherence to the times of the ban and the provision of comfort requirements for workers during them is not just a legal requirement, but a moral and humanitarian requirement as well, and it is an embodiment of the values ​​of compassion and solidarity inherent in the Emirati society, stressing that the decision to “ban afternoon work” has become one of the most important human rights practices that characterize it. The UAE labor market, especially in light of the great commitment shown by the establishments, and the societal awareness of the importance of the ban and its positive repercussions on the health and safety of workers in the UAE.

A source in the ministry stated that the period of application of the “noon ban” decision included awareness campaigns, organizing a number of virtual educational workshops and lectures, and providing medical advice on the dangers of heat exhaustion and how to prevent it.

The source confirmed to “Emirates Today” that the UAE is a pioneer in its humanitarian mission, as throughout its history it has given care and attention to residents on its land, for their efforts and valuable contributions and their constructive role in the renaissance and progress of the country.

The source explained that “the ban on work at noon aims to protect workers and preserve their health, as it has become an acquired right under UAE laws, and an integral part of the work environment in the UAE, which has achieved many positive results over the past years that contributed to raising levels of health and safety.” He stressed that the Ministry of Human Resources and Emiratisation does not tolerate in any way the implementation of the ban, and has provided direct communication channels with it to report any case of violation of the ban, and in the event of any complaint in this regard.

The source praised the cooperation of private sector establishments and their commitment to the decision to implement the noon work ban, and other decisions that have enhanced the business environment in the country over the past years, noting that societal control over the implementation of the decision had a significant impact on ensuring commitment to protecting the health and rights of workers.

An administrative fine is applied against the establishment that proves its violations of the “noon work ban” amounting to 5,000 dirhams for each worker, with a maximum of 50,000 dirhams in the event of multiple workers being employed in violation of the ban’s controls.

Head of State: The UAE-Oman relations are historically fraternal and have their own character