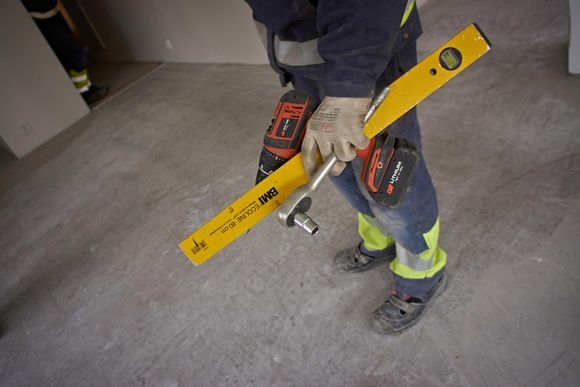 The Confederation of Finnish Construction Industries (RT) will recommend that its member companies require a negative coronavirus test result for every worker arriving from outside the country.

The group says it expects members to follow the guideline. They include large construction contractors such as YIT, Skanska, NCC, SRV and Peab. The main construction workers union called for such tests last week.

The move comes in response to the more infectious strain of the virus that was first detected in England and may have been brought to Finland by Estonian workers, among others.

“We want to help raise the level of health security for foreign workers. In this way, we can counter the epidemic and improve safety on construction sites”, director of RT Aleksi Randell said.

The latest group of Covid-19 infections on a construction site was reported Thursday by the tabloid Iltalehti. At least four builders, including some from overseas, have tested positive while working on renovating the Finnish Medical Association’s headquarters in Helsinki.

The Finnish National Institute of Health and Welfare (THL) ordered the site to be closed until January 21. The approximately 100 workers were placed under a 10-day quarantine.

Union: employers should foot the bill for quarantine

Last week, the Finnish construction union also called for testing and mandatory quarantine of all workers arriving in Finland, with the cost of quarantines to be covered by employers.

The union estimates that around 20,000 foreign manufacturers work in Finland. The largest group is from neighboring Estonia, where the Covid-19 situation is significantly worse than here.

“A positive test would reduce their salary; that’s why they avoid them,” he told Yle. “But above all, we need to primarily consider health here now so that we can keep the sites running.”

The RT says it should be easier and faster for guest workers to be tested upon arrival at ports across the country.

Sports and recreation resume for some 250,000 young people in the Helsinki region

Swastikas on the Left Alliance desk in Oulu